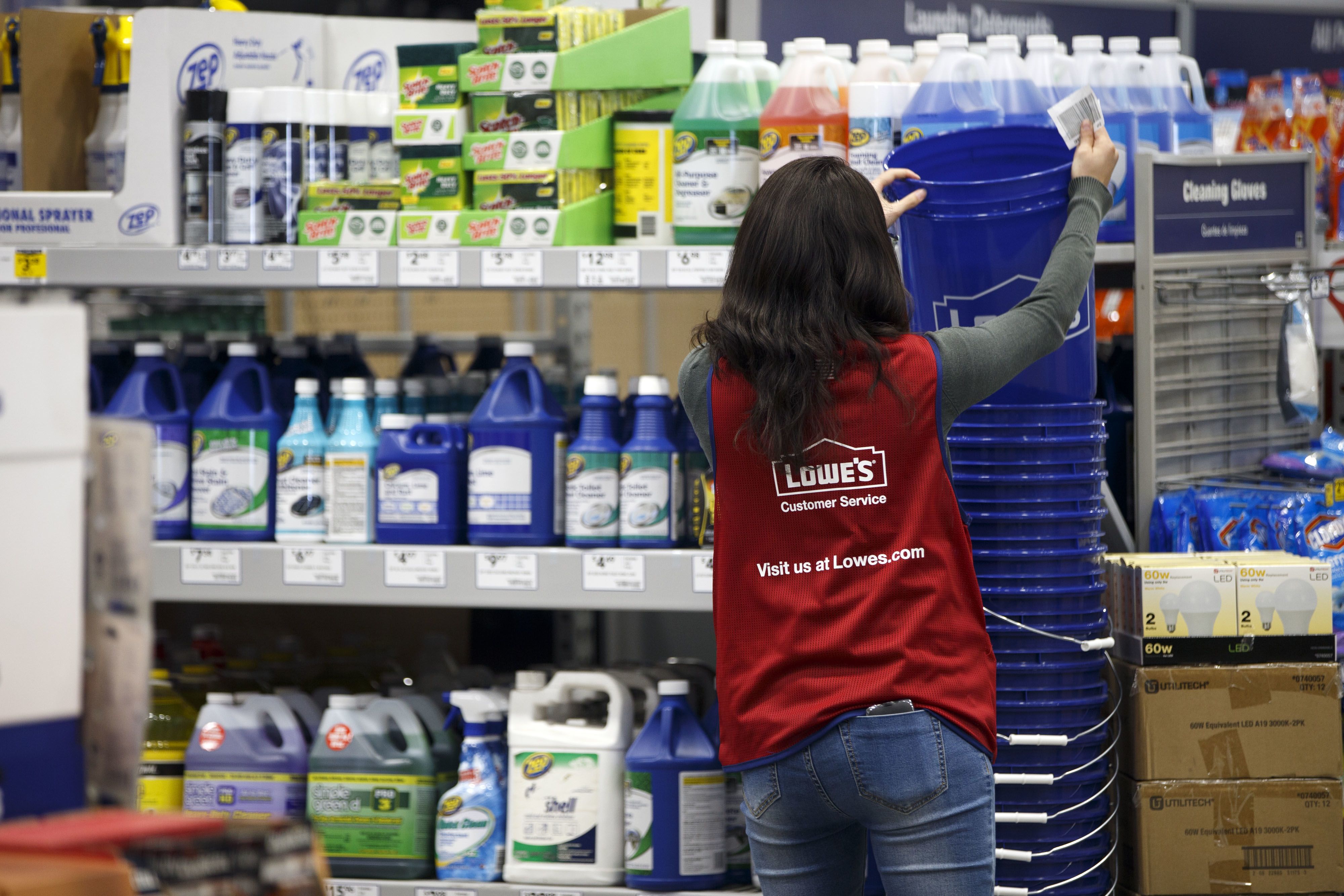 An employee organizes buckets for sale inside a Lowe’s Cos. store in Burbank, California.

Home improvement retailer Lowe’s has told thousands of workers that their jobs are being eliminated.

“We are moving to third-party assemblers and facility services to allow Lowe’s store associates to spend more time on the sales floor serving customers. Associates who were in these positions will be given transition pay and have the opportunity to apply for open roles at Lowe’s,” the company said in a statement to CNBC.

News of the layoffs was first reported by the Wall Street Journal.

The company said in a securities filing earlier this year that, as of Feb. 1, it had roughly 190,000 full-time employees and another 110,000 part-time workers.

Lowe’s has added jobs outside of its traditional retail centers. The company announced in April that it is opening a new technology center in North Carolina and would hire up to 2,000 employees there.

The company’s stock, which has a market value of $78 billion, was trading down nearly 2% on Thursday afternoon. Lowe’s shares are up nearly 8% since the start of the year.

Since CEO Marvin Ellison took over in July 2018, Lowe’s has been shuttering stores to reduce costs. The company said it currently has 1,725 stores in the United States.