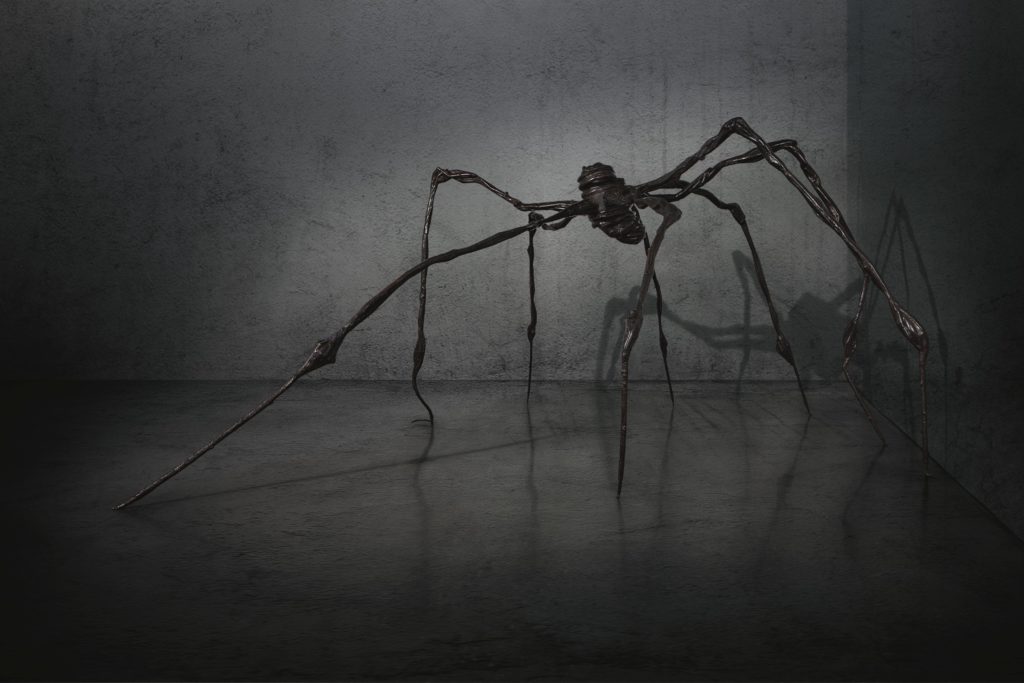 Though they’re still not even close to those of their male colleagues, auction records for female artists have been continually reset in the past few years. In January, at a Sotheby’s Old Masters sale in New York, an Elisabeth-Louise Vigée Le Brun painting went for $7.18 million, creating a new record for a woman in the Old Master field at auction, and in October, at a Sotheby’s contemporary sale in London, a Jenny Saville canvas was bought for $12.4 million, setting a benchmark for work by a living female artist. In May, at a Christie’s 20th-century art evening sale, one work by a female artist could become one of the most expensive pieces by a woman ever sold at auction.

That work is Louise Bourgeois’s 1997 sculpture Spider, a 24-foot-long arachnid with spindly legs estimated to sell for between $25 million and $35 million. Bourgeois’s last record was set in 2015, when an edition of the same sculpture was sold for $28 million at a Christie’s contemporary art evening sale.

The sculpture sold in 2015 failed to make Bourgeois the most-expensive female artist, however—that record is still held by Georgia O’Keeffe, whose painting Jimson Weed/White Flower No 1 (1932) went for $44.4 million in 2014 to the Crystal Bridges Museum of American Art in Bentonville, Arkansas. But the 2015 sale placed that Spider piece among the top lots by women ever sold at auction, and if it goes for within or above its estimate, this Spider could occupy that same territory.

The Spider going up for sale next month is number two from an edition of six; the 2015 sculpture was number three. The National Gallery of Art in Washington, D.C., also holds a bronze variant of the sculpture. When an edition of the sculpture last went up for auction, Howard Read, a cofounder of New York’s Cheim & Read gallery, which then represented Bourgeois, said it would be a long time before another work like it would be made available to bidders. “They will stay in these particular collections or be given to institutions,” Read told ARTnews of the sculptures in 2015. “It’s been 20 years and they’ve mostly stayed where they are.”

The Bourgeois Spider sculpture is not the only record for a female artist that might be demolished this season in New York. Another could fall when a 20-foot-wide Lee Krasner painting comes up for auction at Sotheby’s, where it is expected to sell for between $10 million and $15 million. Krasner’s previous auction record was $5.5 million.