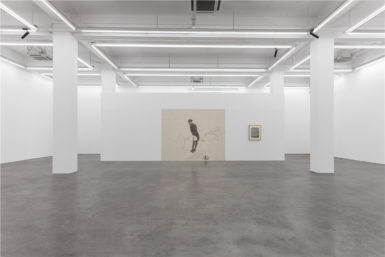 Long March Space in Beijing, one of mainland China’s foremost contemporary art spaces, has announced plans to stop participating in art fairs. The gallery was previously a regular at fairs such as Art Basel, in both Hong Kong and New York; Frieze’s New York and London editions; and Art021 in Shanghai, among others.

In an announcement made on WeChat, the gallery said that it would “innovate business models and enter a new stage of art market work.” As part of a five-point plan outlined in the announcement, Long March Space said it would focus instead on research efforts, citing a recent seven-month Wu Shanzhuan solo exhibition as an example of the projects it intends to mount in the future.

Long March Space was founded in 2002 by Lu Jie and is located in Beijing’s 798 Arts District, which is home to many of the city’s most important contemporary art spaces. The gallery represents some of the most notable artists from the country working today, including Liu Wei (whose work can be seen at the 2019 Venice Biennale), Tianzhuo Chen, Xu Zhen, and Gang Zhao.

The gallery’s decision is the latest sign of change in the Beijing art industry. Earlier this month, ARTnews reported that Pace Gallery would shutter its Beijing space, which it had operated for more than a decade. Arne Glimcher, the gallery’s founder, said, “It’s impossible to do business in mainland China right now and it has been for awhile.”

Signals have been mixed from market participants, however. In 2018, Jing Art, an annual fair in Beijing, held its first edition; in a roundup of the city’s market written by Barbara Pollack, dealers reported strong sales. At the time, Bao Yifeng, who founded Jing Art with David Chau and Kelly Ying, told ARTnews, “Based on the auctions, we knew that prices are much higher in Beijing than in Shanghai, and the more important works are sold in Beijing.”

Dede Wilsey, President of Fine Arts Museums of San Francisco Board, to Step Down -ARTnews