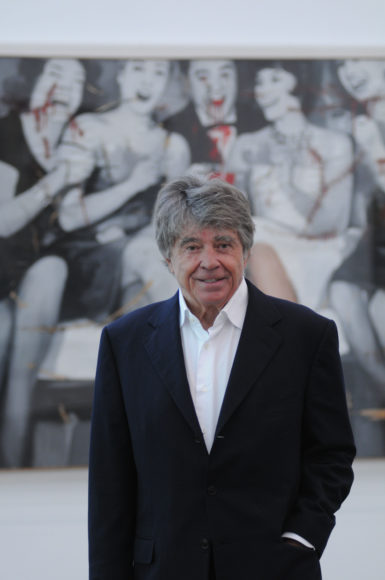 Frieder Burda, German art collector, philanthropist, and publisher, has died at age 83. According to the Foundation Frieder Burda, he died on July 14 from a longstanding illness.

Burda, who collected modern and contemporary artworks, made ARTnews’s Top 200 Collectors list each year between 2005 and 2013. His holdings encompassed around 1,000 works by the end of his collecting career. The bulk of his holdings were related to German Expressionism, which his father also collected. But Burda collected Abstract Expressionism as well, and he found himself enamored of the movement during a 1970s trip to New York, when he began purchasing pieces by Mark Rothko, Jackson Pollock, and Clyfford Still.

In 2004 he opened a Richard Meier–designed private museum to display his collection in Baden-Baden, Germany. Titled the Museum Frieder Burda, the space has displayed works by artists Georg Baselitz, Sigmar Polke, Max Beckmann, Gerhard Richter, and Pablo Picasso. The museum was also notably the first to display Banksy’s self-destroying artwork, Love is in the Bin (2018). It currently has on view “Ensemble,” a show curated by Brigitte Léal, the deputy director of the Centre Pompidou in Paris, that juxtaposes pieces from the Pompidou’s collection of French art with Burda’s holdings of work by German artists.

Burda was born in 1936 to a German publishing family and was trained in the trade, eventually taking over the family business in 1973 at its headquarters in Offenburg, Germany. Five years before, in 1968, he purchased his first piece of art: a signature slashed canvas from Lucio Fontana that had been displayed at Documenta 4 in Kassel, Germany. Speaking to the Fine Art Multiple last year about the Fontana piece, he said, “I had no idea what it was, but I wanted to have it.”