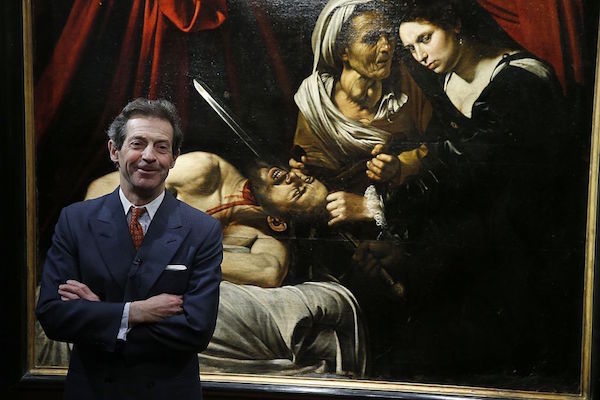 One of the most exciting things about art is that there are a huge number of pieces yet undiscovered all over the world. These could be both by well-known artists as well as those value of whose works we will only understand in many years from now. A striking example of the former scenario is “Judith and Holofernes” claimed to be one of the Caravaggio’s works from 17th century which is to be sold this summer after years of abandonment.

The story of this painting started back in 2014 in one of the Tolouse’s attics by the auctioneer Marc Labarbe. Since then, it has been carefully examined by professionals as well as the world’s greatest art museum, French Louvre. However, the Louvre decided not to purchase the work as it would exceed museum’s long-term budget. Moreover, it already has 4 exceptional works by the Italian master and this would not simply add any value to its outstanding collection. But what is then going to happen with this masterpiece?

Finally, after 5 years of the canvas discovery, authorities decided what to do with it. Given that French government was not that interested in preserving the painting within its borders and lifted the ban on 2016, now it is going to be auctioned on June 27 in the French city of Toulouse. An estimated cost of a lot is  €100-150 mn thus making it will rather be sold to the museum with the world’s name than into someone’s private collection.

Below are a few more interesting facts about this mysterious painting and its discovery:

All in all, just in a few months the destiny of this masterpiece will be determined and thus make someone  €150mn poorer.

A Report from the First Marfa Invitational Art Fair -ARTnews
To Top
error: Content is protected !!