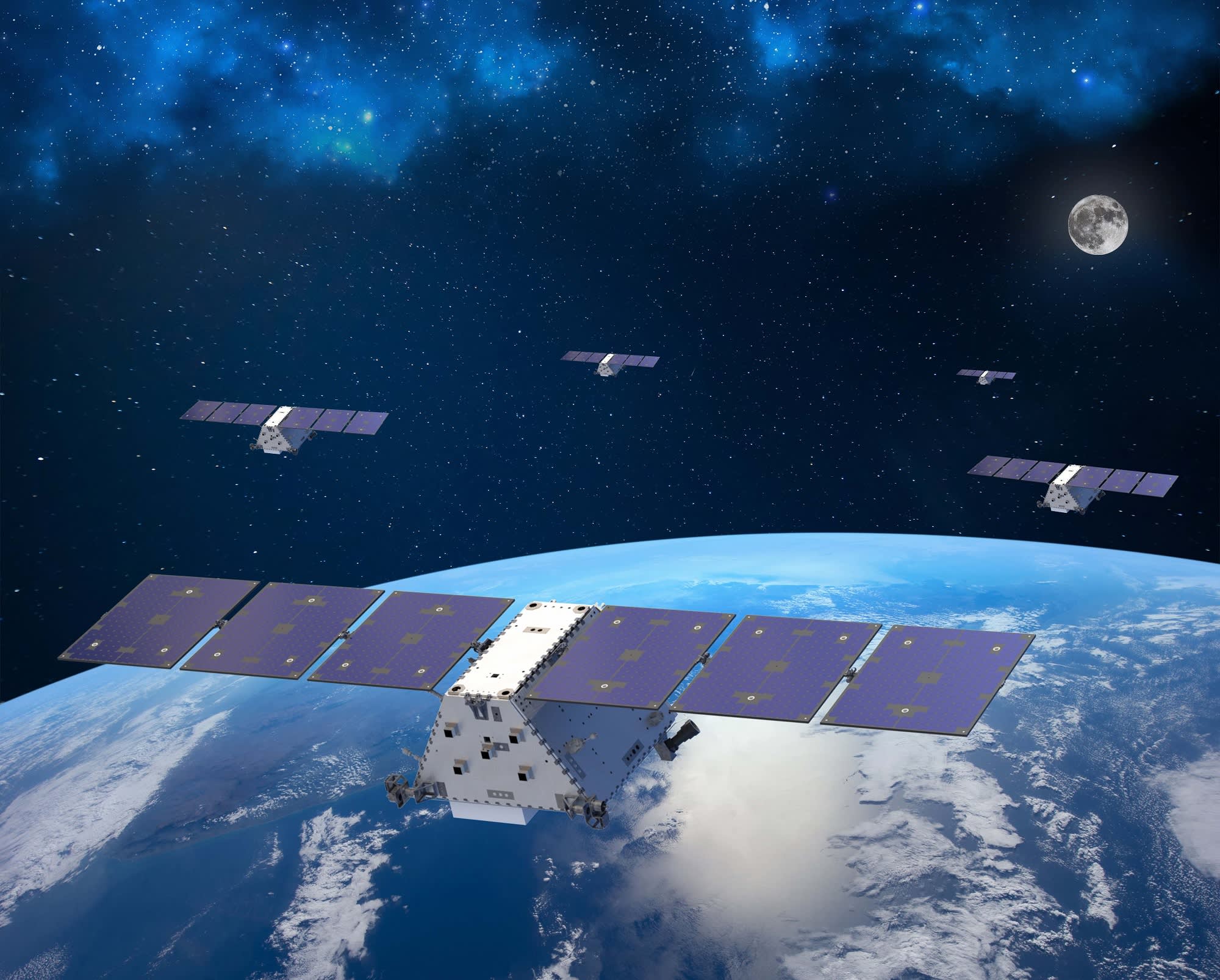 A rendering of Lockheed Martin’s 400 series satellite buses, which range from 400 kg to 800 kg in weight.Lockheed MartinLockheed Martin’s space division announced a strategic interest agreement on Tuesday with satellite start-up Omnispace “to explore jointly developing 5G capability from space.””This really stems from a common vision of a global 5G network, which enables users to seamlessly transition between the satellite [and the] terrestrial network,” Omnispace CEO Ram Viswanathan said.Viswanathan noted Lockheed Martin’s “depth of expertise” in a variety of markets, especially with a wide swath of customers from the Department of Defense.”Their appetite never dulls and the kind of need they have for communications across the board,” said Rick Ambrose, Lockheed Martin Space executive vice president. “Omnispace has a very powerful vision of how to offer the service … [and] how you get it down to a mobile device.”Ambrose said the two companies have been interacting for about a year. The strategic interest agreement further cements the pair working toward a hybrid network that combines the reach of a global satellite network, known in the industry as a constellation, with the capacity of mobile wireless carrier networks.The partnership puts the companies in the widening field of space-based data communications, with potential competitors including Elon Musk’s SpaceX consumer-focused Starlink broadband service, satellite-to-smartphone specialist AST & Science, and the enterprise-focused networks of OneWeb and Telesat.Viswanathan recognized the other players building low Earth orbit satellite communications constellations, but differentiated Omnispace as offering a “direct to device capability” — rather than the “expensive and bulky” ground terminals that are required for users to connect to other space-based networks.”We’re able to deliver the mobile communications capability to a standardized 5G base handset or terminal, and as you can imagine that starts to open up an array of applications,” Viswanathan said.Omnispace last month raised a fresh round of venture capital, with investors led by Fortress Investment Group putting in $60 million. The Virginia-based company has raised $140 million since its founding in 2012, according to Pitchbook. Ambrose said it’s “too early to tell” whether Lockheed Martin will itself invest in Omnispace, but noted that the companies will “be exploring multiple options” as the partnership expands.The next step for Omnispace will be to deploy a “proof concept” of its technology in space. But while Omnispace is not yet finished with designing its full system, Viswanathan said it will have a “dramatically lower cost than” other satellite communications constellations, which estimate anywhere from $5 billion to more than $10 billion to fully deploy.