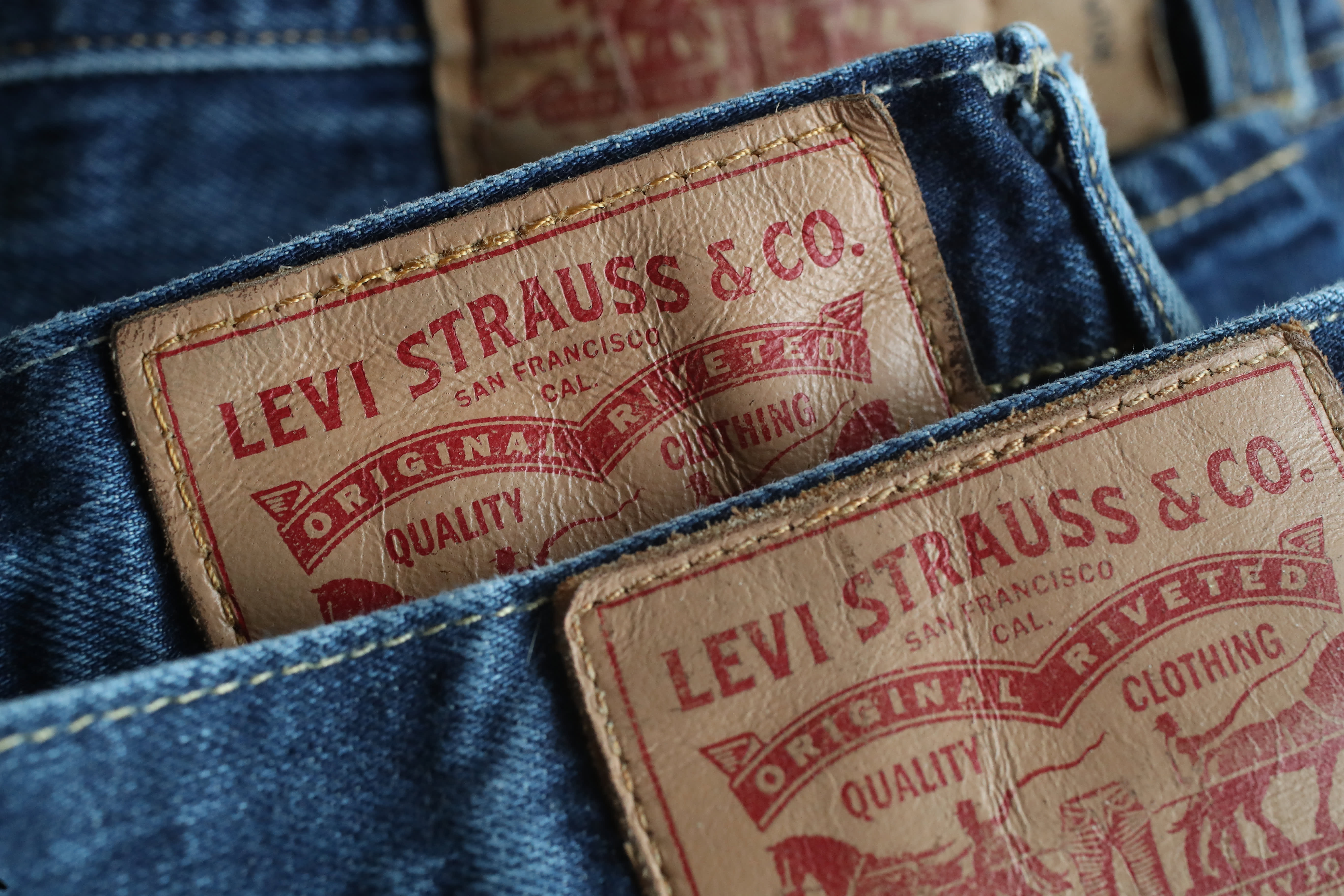 Levi Strauss & Co. said Thursday that shoppers are stocking up on jeans in new sizes and styles in the U.S. and China as they emerge from their homes during the pandemic.The momentum both in stores and online boosted its fiscal second-quarter earnings and revenue ahead of analysts’ expectations. Although sales were still down 3% from 2019, the retailer anticipates fiscal third-quarter sales are on track to top pre-pandemic levels. That was something Levi previously didn’t expect to achieve until the fourth quarter.Levi’s stock jumped around 3% in extended trading on the news.While Levi raised its revenue and profit outlook for the rest of the year, the company cautioned it assumes the Covid pandemic doesn’t worsen around the world.”There are a lot of things that are outside of our control, like the pandemic … and the Delta variant, and what’s going to happen next,” said Chief Executive Chip Bergh in a phone interview. “But the team has demonstrated a lot of agility and being able to respond.”Here’s what the company reported for the quarter ended May 30 compared with what Wall Street was expecting, based on a survey of analysts by Refinitiv:Earnings per share: 23 cents adjusted vs. 9 cents expectedRevenue: $1.28 billion vs. $1.21 billion expectedLevi said it swung to a profit of $65 million, or 16 cents per share, from a net loss of $364 million, or 91 cents per share, a year earlier. Excluding one-time adjustments, Levi earned 23 cents per share, topping analysts’ estimates for 9 cents.Levi’s revenue surged 156% to $1.28 billion from $498 million a year earlier. That beat expectations for $1.21 billion.Sales in the U.S. and China surpassed 2019 levels, but were still down on a two-year basis in Europe due to ongoing store closures related to the health crisis. Roughly a third of Levi’s European stores, and 17% of its global locations, were closed during the period.The company said 92% of its stores are reopened at the moment.Price increases, savings on sourcing materials and lower promotional activity helped boost profits. It recorded record-high profit margins. Levi said it has already adjusted most of its product costs through the first half of 2022 to account for very low single-digit inflation.A new denim cycle is what’s helping to drive sales momentum. In recent months, tight-fitting pants have been trending out of style, and instead shoppers are flocking to looser-hanging, wide-leg and flared jeans. Many consumers feel the need to totally refresh their wardrobes. Levi is also seeing growth in its tops business.”We are seeing good evidence of the new denim cycle driven by the looser and baggier fits, which we’ve led, and that gives us a lot of optimism about the second half of this year,” Bergh told CNBC.Baggier fits of jeans made up roughly 50% of Levi’s sales for women and men during the latest quarter. About 35% of U.S. consumers have changed waist sizes, up and down, during the pandemic, Bergh said.Levi also said it has been working to strengthen its wholesale operations by investing in relationships with key partners, such as Nordstrom, and getting out of stores that are synonymous with markdowns. Wholesale revenue in the latest period rose 167% from a year earlier.And the company is still growing its digital business, with global e-commerce sales up 75% year over year, representing about 23% of total sales.For fiscal 2021, Levi expects earnings of between $1.29 and $1.33 per share after adjustments. Analysts had been looking for earnings of $1.15 per share.For the second half of the year, Levi expects sales to rise 28% to 29% compared with a year earlier, and be up 4% to 5% compared with 2019. The company didn’t provide specific estimates for the entire year, but said sales should be close to 2019 levels. Analysts have been looking for full-year sales growth of 24.6% from 2020.”Revenues in most markets are recovering faster than anticipated, and we are emerging from the pandemic with sustainable and improved structural economics,” Chief Financial Officer Harmit Singh said in a news release.Levi raised its dividend by 2 cents per share to 8 cents for the third quarter.Levi’s stock has rallied nearly 40% year to date. The company’s market cap is roughly $11.2 billion.Find the full earnings press release from Levi’s here.