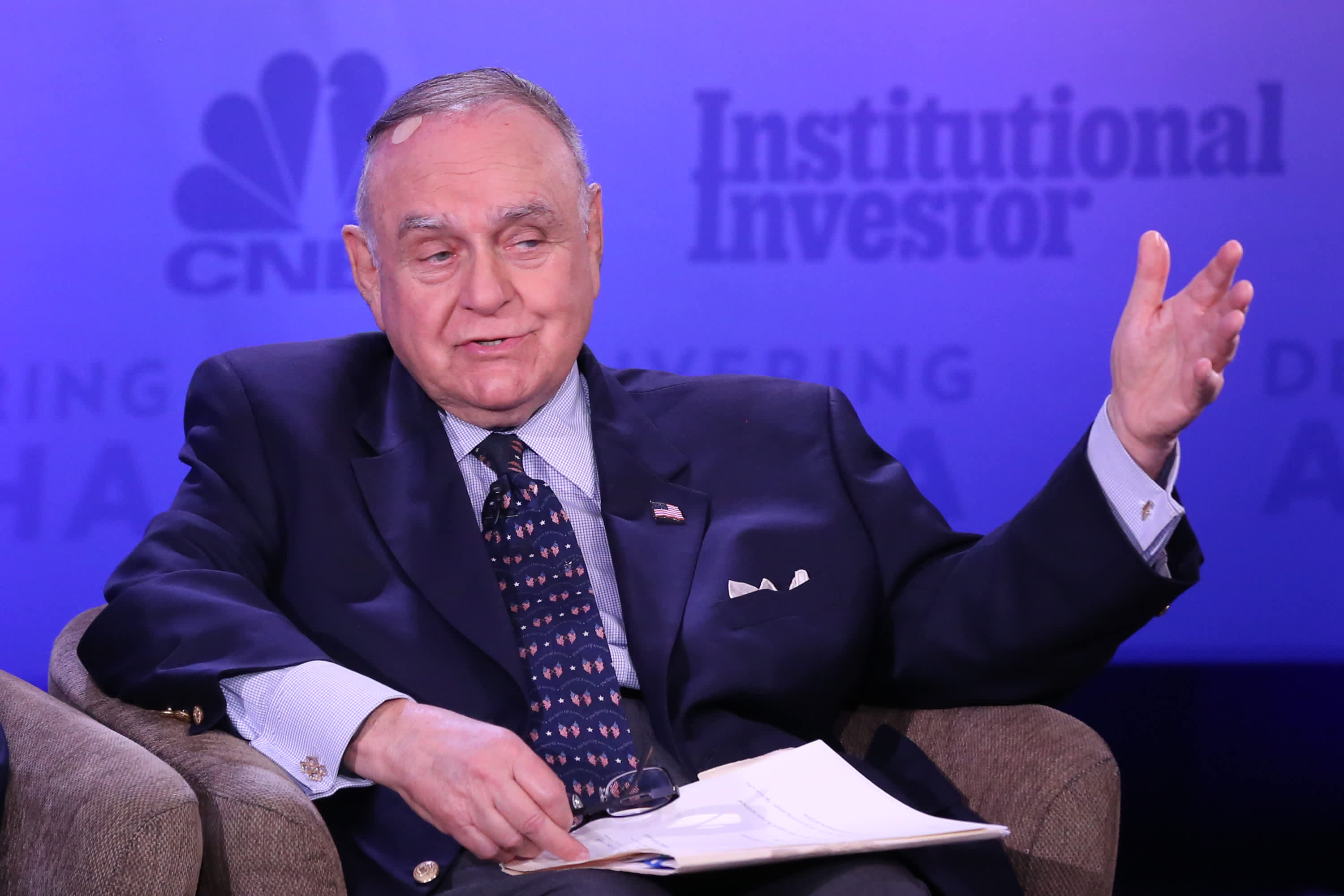 Billionaire Leon Cooperman told CNBC on Wednesday he believes rich people would find ways to avoid paying Sen. Elizabeth Warren’s wealth tax if it were to become law. He also argued there are better mechanisms to raise federal government revenue.”The idea has no merit. It’s foolish. It probably is not legal,” he said on “Squawk Box.””If the wealth tax passes, go out and buy yourself some gold because people are going to rush to find ways of hiding their wealth,” Cooperman added.Cooperman’s appearance came after the Massachusetts Democrat and other progressives in Congress unveiled their plan for an annual tax of 2%, or 2 cents, on every dollar of people’s wealth worth $50 million to $1 billion. Those whose fortunes are valued above $1 billion would be subject to an annual tax of 3%, or 3 cents, on every dollar above that threshold.The backers of the wealth-tax proposal said it would raise at least $3 trillion in revenue over 10 years, citing an analysis from University of California-Berkeley economists Emmanuel Saez and Gabriel Zucman. Additionally, Warren’s proposal includes money for the Internal Revenue Service to help with the implementation and enforcement of the wealth tax.”I believe in the progressive income tax structure. I believe that rich people should pay more,” Cooperman said, but the chairman of the Omega Family Office contended the focus should be on reforming the existing systems to raise money. For example, he said he’s in favor of eliminating the so-called carried-interest loophole, which benefits managers of hedge funds and private equity funds.”The question we have to coalesce around as a nation is what should the maximum tax rate be on wealthy people? Because that will define the revenue yield to the government and the government should basically assign its activity to that revenue yield,” added Cooperman, noting he’s long stated his willingness to “work six months a year for the government and six months for myself.” ‘I believe in the progressive income tax structure. I believe that rich people should pay more.Leon CoopermanOmega Family OfficeWarren said Tuesday on CNBC she believes the money brought in by the wealth tax could be “transformative” for the U.S., allowing for investments in early childhood education and infrastructure. She also said the coronavirus pandemic has widened wealth inequality, adding saliency to the wealth-tax proposal.”It’s set up now to say we’re not going to collect taxes on any asset worth less than $50,000, so this is not intrusive. It’s not about coming into people’s homes and valuing their Sub Zeros or figuring out what their 4-year-old cars are worth,” Warren said.”But it says if you’ve got a fortune above $50 million, you pay on it. And if your fortune is below $50 million, you don’t. Good for you, either way,” she added. “I think most people would rather be rich and pay 2 cents. This is not very fancy. It really is a tax on fortunes above $50 million.”Some people have raised questions about the ultimate financial impact of the tax.CNBC’s Robert Frank ran the numbers earlier Wednesday, looking at how $100,000 in a bond yielding 3% would be treated under Warren’s wealth tax. If that entire investment was counted above $50 million in an investor’s annual net worth calculation, the principle would be taxed at 2% or $2,000 for an effective tax rate of about 67% based on the $3,000 return on that bond.”For safe investments like bonds or bank deposits, a wealth tax of 2% or 3% may confiscate all interest earnings, leaving no increase in savings over time,” the Tax Foundation also reported in January 2020.Cooperman was a vocal opponent of Warren’s previous pitch for a wealth tax during her unsuccessful campaign for the 2020 Democratic presidential nomination.In October 2019, Cooperman wrote a sharply critical letter to Warren, saying her “vilification of the rich is misguided.” Warren’s campaign ran an ad arguing for a wealth tax the next month, blasting billionaires including Cooperman.After the campaign ad became public, Cooperman told CNBC the wealth tax would “be near impossible to police, and is probably unconstitutional.”Cooperman, a hedge fund pioneer and son of a Bronx plumber, has signed The Giving Pledge, created by Bill and Melinda Gates and Warren Buffett. When asked Wednesday by CNBC’s Andrew Ross Sorkin if he would support a reform to a certain tax policy focused on inheritance, Cooperman said: “To be honest with you, I’m not focused on that because my plan is to give away all my money at death.”Cooperman said he was worried about rhetoric that villainized wealthy people in the U.S. “We all have to work together to deal with our problems, and it’s as simple as that. You’ve got to decide whether you’re a capitalist or whether you’re a socialist,” he said.’Let the invisible hand of capitalism work’In her CNBC interview Tuesday, Warren also was critical of companies that buy back shares of their own stock. Warren, who was a law professor at Harvard University before being elected to the U.S. Senate, called stock repurchases “nothing but paper manipulation” and a poor use of a company’s profit. The senator added that paying dividends would be a better way to return capital to shareholders. Corporate leadership should be in charge of how they spend a company’s money, Cooperman said. “Buybacks should be evaluated as a management decision like any other capital allocation decision,” he said. “You go out and you buy another company. You go out and you spend money on plant and equipment. You pay a dividend. It’s a decision made by management and it has to be evaluated.”  Cooperman noted that when a shareholder sells their stock, they will be subject to taxes on the profits.  “The government has not proven to be a great allocator of capital,” he said. “We don’t need artificial decision-making. Let the invisible hand of capitalism work.”