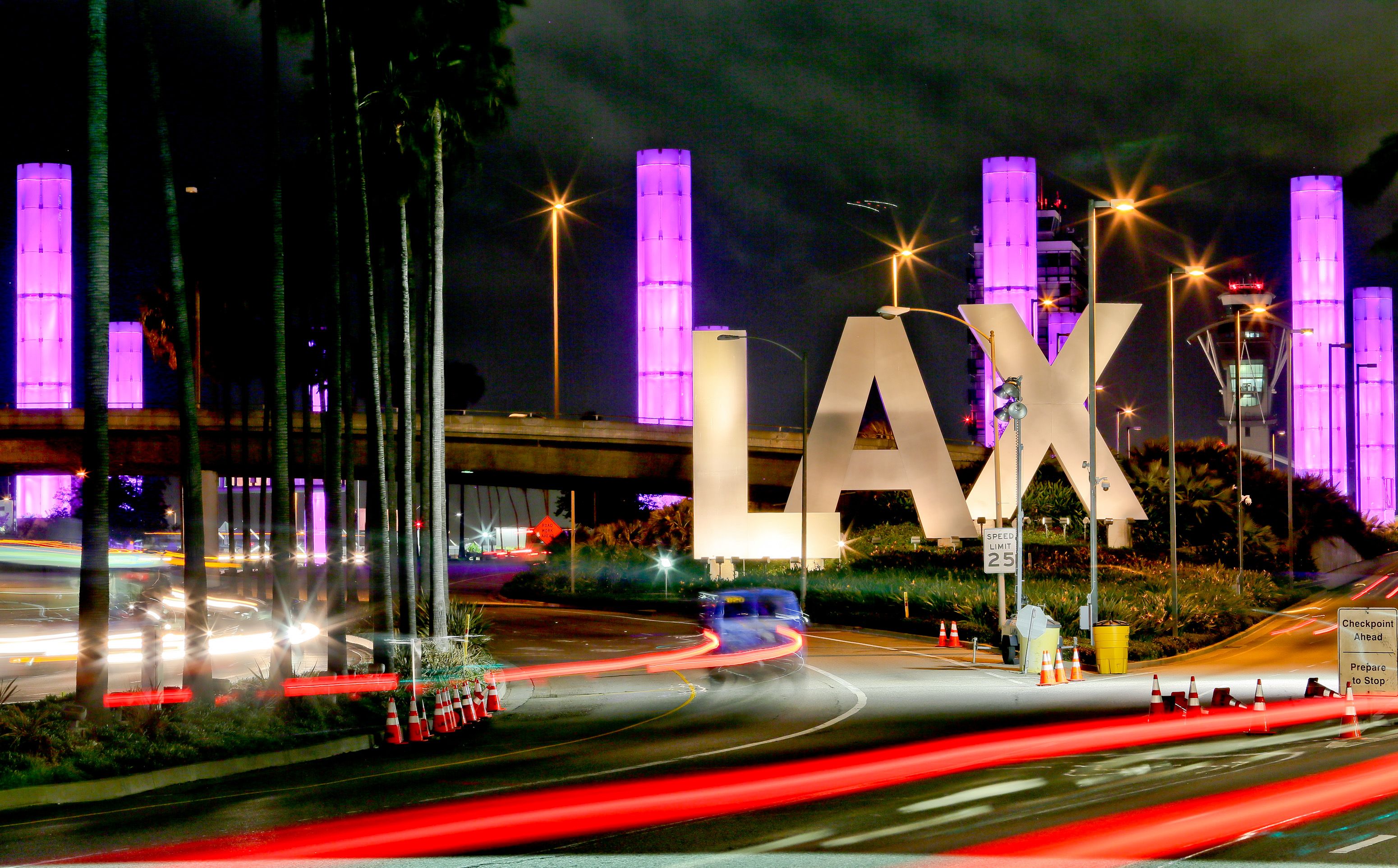 If you’ve ever found yourself on a weekday morning stepping into Terminal 1 at Los Angeles International Airport, you might have mistaken it for Dante’s ninth circle of hell. The frozen lake. No movement.

But this terminal, and every terminal here, has been transforming itself into a place which might almost make you…happy. In fact, there are “happy face” machines that let you register your satisfaction in some parts of the airport. More on that shortly.

A half century ago, LAX was a gem of modern aviation, with its sleek mid-century modern lines and horseshoe layout. But it hasn’t kept up with a growing population. Last year, a record 87.5 million people squeezed through LAX, making it the nation’s second busiest airport behind Atlanta, and the fourth busiest in the world.

“This is our time,” says Deborah Flint, CEO of Los Angeles World Airports. Under her watch, the airport is leading the nation in massive infrastructure improvements. By 2023, a people mover will whisk people from a parking location/rental car facility in 10 minutes.

“Traffic here will be a thing of the past,” Flint vows. By 2024, you will be able to access any terminal once you’ve past security. Construction projects are building in flexibility to accommodate technological advances, like driverless cars. “What we’re doing here at LAX is the equivalent of probably eight different mega projects at any one time,” says Flint.

In all, the project is costing $14 billion.

How to pay for this? Flint says the airport is taking on debt and using profits from terminal concessions. The airport also depends on a federally regulated fee on every plane ticket dedicated to airport projects, a fee which Flint says currently stands at $4.50. “It has been the same rate for 19 years,” she says. “You can imagine what the cost of anything was 19 years ago, and what it is today.” With inflation, she says the fee should be closer to $8.

LAX is not alone in giving itself a little nip-tuck. Chicago’s O’Hare Airport has begun an $8.7 billion expansion.

New York is planning to spend $10 billion upgrading JFK and another $8 billion on LaGuardia. (A few hundred million dollars has been spent converting the old TWA terminal at Kennedy into a hotel).

Is any of this working? J.D. Power reports airport customer satisfaction is actually up, and AirHelp says LAX has risen from 100th place in 2018 globally to 69th place in 2019, something Flint is happy to point out. “The United States is the birthplace of aviation, and our airports should be the ones that other airports around the world aspire to be,” she said.

About those happy face machines

At some terminals here, monitors have been placed at bathroom exits where passengers can press a happy face or unhappy face to register their feelings about the bathroom. Press the red “unhappy face,” and you’re presented with a list — does the bathroom need more toilet paper? Paper towels? LAX is using this real time feedback to stay on top of keeping bathrooms clean (and they say the happy face monitors are also regularly cleaned).

These instant feedback “happy face” machines are popping up not just in airports, but also retailers. The leading company in the space is a Finnish startup called HappyOrNot, started by Heikki Vaananen, who got the idea after a bad experience in a retail store. “No one was helping there, and I thought it would be nice to have an easy fast way to give feedback,” he says.

Happy Or Not feedback tablet in a restroom at LAX airport.

Start-up costs were $1.1 million, and his first investor was Sweden-based Northzone, the first backer of Spotify. Northzone’s Marta Sjögren found herself pressing the HappyOrNot buttons in airports and became curious. “What kind of large, probably American, company is this?” she recalls. “I found out it wasn’t a large company of any sort. It was a small, organically grown, entrepreneurial company out of Finland.

HappyOrNot says it now has 30,000 terminals in 130 countries, with over one billion button pushes to date. Revenues for 2019 are estimated to top $20 million. “Our data base is huge,” Vaananen says.

Northzone has started with a $10 million investment with plans to put in “significantly” more, according to Sjorgen. She sees the machines being used in places like hospitals and hotels, creating a “Happiness Index” for those entities.

For now, though, the machines are mostly in airports and retail stores which use the data to make various decisions. “Retailers, for example, can staff better at peak hours,” says Sjögren. “Airports, for instance, can rethink how many security points are open at a given point in time.”

So… what’s the ratio of happy to unhappy responses? One would imagine people might be more likely to push the “unhappy” button if they were pushing any button at all. Vaananen says that’s not the case.

“What we have learned is that roughly 80 percent of the people, they are actually leaving good feedback,” says Vaananen, even at airports. “Usually people are happy.”