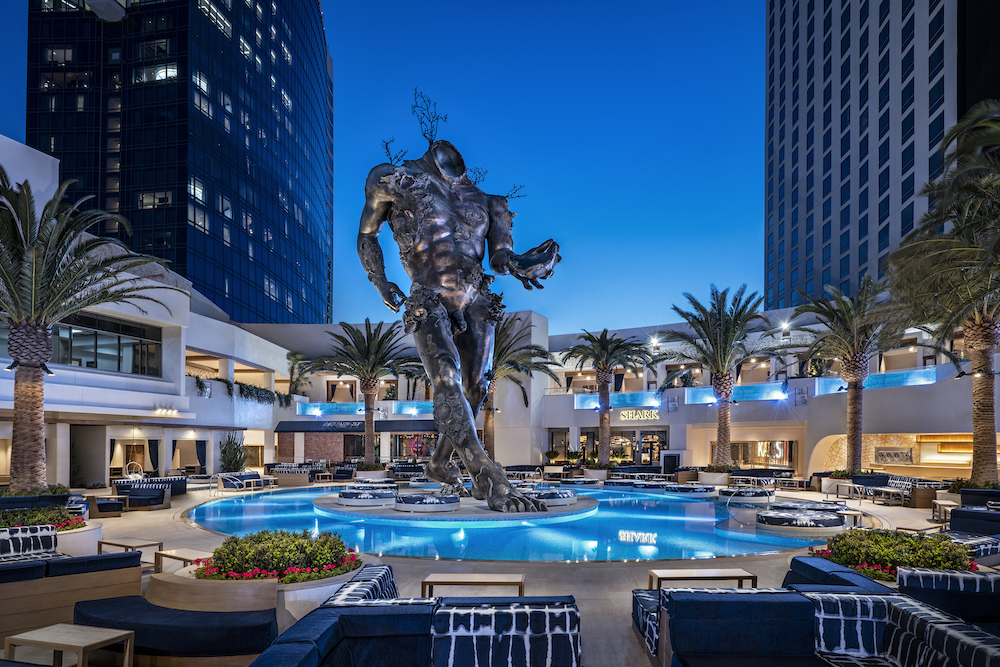 At the Palms, the demon.

Fans of Damien Hirst, lovers of pools, and habitués of Las Vegas: rejoice.

Almost exactly two years after it made its debut in Venice at the Palazzo Grassi, as part of Hirst’s sprawling exhibition “Treasures from the Wreck of the Unbelievable,” the artist’s 60-foot-tall Demon with Bowl (2014) has been installed at the Palms Casino Resort in Las Vegas.

The barnacle-bedecked work is so large and unwieldy that, in Venice, a resin exhibition copy was shown, meaning that the original piece is actually making its official debut in Vegas at the Palms—a fitting location since Hirst recently unveiled a suite there with a price tag of $200,000 for two nights.

The demon is being presented as part of KAOS, a new venture at the Palms that promotional materials for the project called a “73,000-square-foot dayclub and 29,000-square-foot nightclub that boasts the highest number of pools of any resort in North America.” (It goes without saying that the venues on other continents with more pools presumably do not have a giant Hirst.) 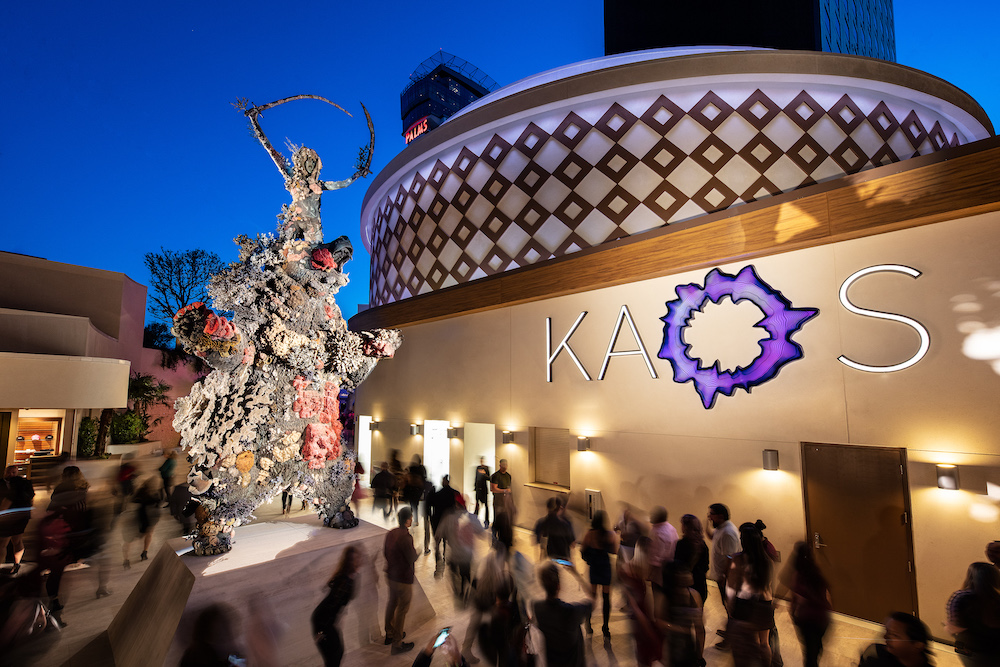 It turns out that the demon is not the only work that the Palms acquired from Hirst’s Venice show. Also appearing on the grounds is his whimsical 23-foot-tall Warrior and the Bear (2015).

Those looking for a robust Hirst experience in Vegas are in luck. The resort’s “KAOS THEORY” package, which goes for $1 million, comes with three nights in the Hirst suite—the “Empathy Suite,” it’s called, for the record—and enough fine wine to have a nice party with a fair number of friends: a 30-liter bottle of Ace of Spades rosé, a 30-liter bottle of Ace of Spades brut, 100 bottles of Dom Pérignon Rose Luminous, 100 Dom Perignon Brut Luminous, and five bottles of Clase Azul Ultra Magnum.

A 30-liter bottle of wine? That’s known in the trade as a Melchizedek and Midas, both names derived from kings—the latter being the man of myth who turned all he touched into gold.