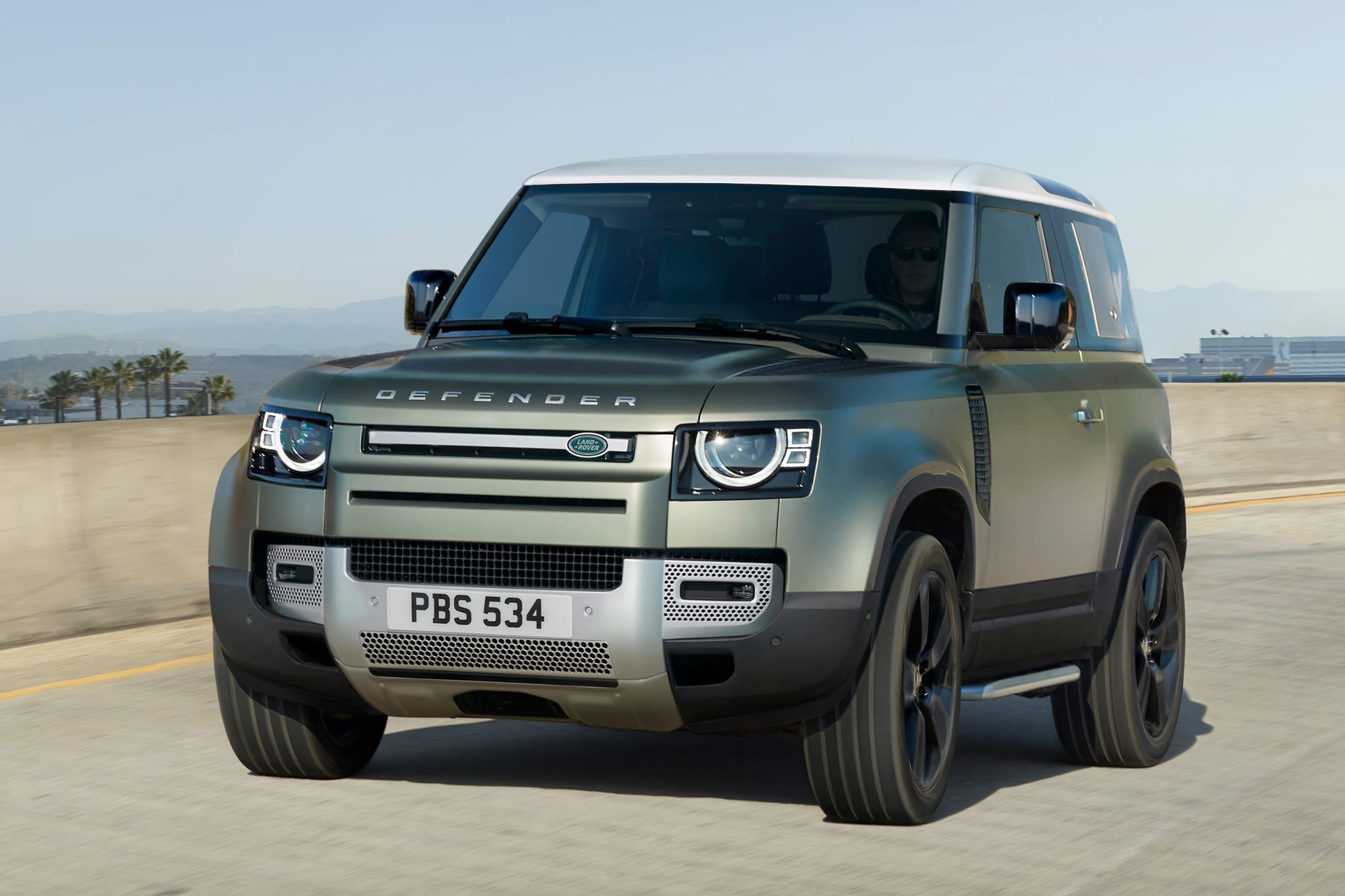 Land Rover finally revealed its newly redesigned 2020 Defender at the Frankfurt auto show on Monday — a boxy SUV that was pulled off the market in North America in 1997.Land Rover gave its new Defender a power boost with so-called mild-hybrid electric vehicle technology the didn’t exist 22 years ago. It helps give the new Defender 395 horsepower and 406 pound-feet of torque, making it capable of towing up to 8,201 pounds. The company is introducing two different models, the two-door Defender 90 and four-door Defender 110, which give a nod to the original off roader’s wheel base length. “The new Defender is respectful of its past but is not harnessed by it,” said Gerry McGovern, Chief Design Officer, Land Rover.The car will have six available trims: the Defender, Defender S, Defender SE, Defender HSE, Defender X and Defender First Edition.Customers can also select from four optional accessory packs for the car: Explorer, Adventure, Country and Urban. These accessory packs feature add-ons like a portable hydration back pack, wheel arch covers and a roof rack.2020 Land Rover DefenderSource: Land RoverThe MHEV technology allows the weighty SUV to jump from 0 to 60 miles per hour in just 5.7 seconds and keep it going all the way to a top speed of 129 miles per hour.For those looking for drive train closer to the original’s, Land Rover is also offering an inline four-cylinder engine without the hybrid technology for the Defender 110. That model boasts a more modest 296 horsepower and 295 pound-feet of torque.Both configurations of the car share the same towing capacity at to 8,201 pounds, enough to easily lug a camper or a small boat.In the case of both models come with a ZF eight-speed automatic transmission as the only available option.2020 Land Rover DefenderSource: Land RoverAesthetically the car brings the rugged looks of its namesake into the 21st century. The Defender keeps its boxy silhouette while adding new touches like LED front and rear lights as well an interior that bears little in common with the spartan work bench interior the 1997 Defender sported.”The design of the new Defender is a manifestation of our modernist design philosophy, elemental yet incredibly sophisticated,” said Massimo Frascella, Land Rover design’s creative director.2020 Land Rover DefenderSource: Land RoverThe latest installment also carries over the off-road credibility of the original.An all-aluminum body on chassis construction of the car’s new D7x platform delivers the stiffest Land Rover body ever created, with a design that’s three times more rigid than traditional body-on-frame designs, the company said.Land Rover claims prototype models covered hundreds of thousands of miles across ranging from 122 degree Fahrenheit deserts to the freezing ice of the Arctic and altitudes over 10,000 feet in the Rocky Mountains of Colorado.Land Rover also claims a wading depth for the Defender of 35.4 inches, that’s over five inches higher than a Jeep Wrangler’s.In it’s off road suspension settings, the SUV’s ground clearance grows to 11.5 inches. The Defender also boasts maximum carrying weight of up to 1,984 pounds, a resting roof load of up to 661 pounds and a moving roof load of 370 pounds.2020 Land Rover DefenderSource: Land RoverThe Defender goes to battle in a segment that’s filled with other luxury working class heroes like the Mercedes-Benz G-Wagon as well as famous off-road favorites like the Jeep Wrangler.Prices for the Defender start at $49,900 for the lowest trim and run up to $80,900 for the highest trim package.Since 1948, a total of 2,016,933 Series Land Rovers and Defenders have been built on the production line at the company’s Solihull factory in Coventry, the United Kingdom.Former Defender owners have included the Queen of England, former prime minister Winston Churchill and actor Steve McQueen.