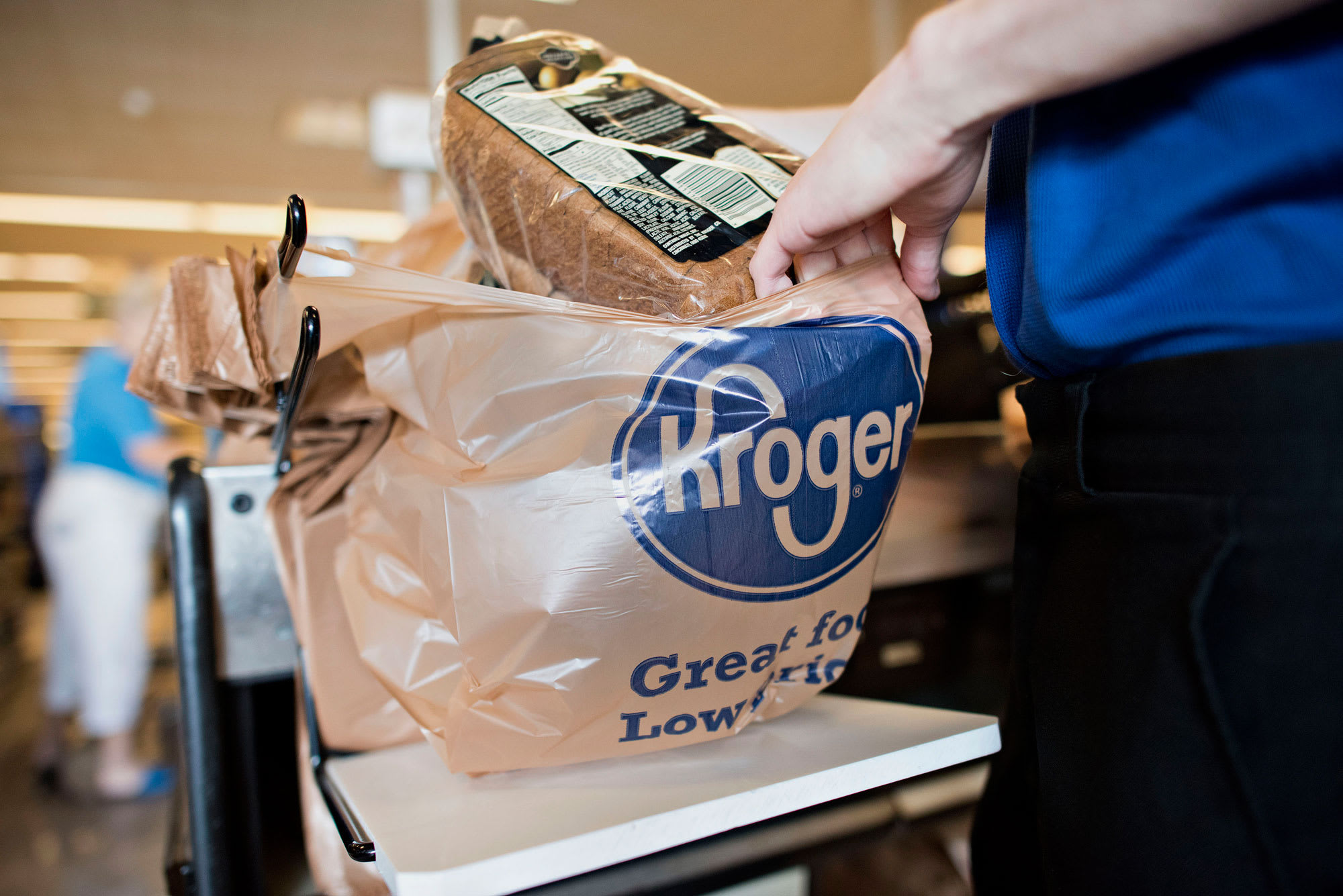 An employee bags a customer’s purchases at a Kroger store in Peoria, Illinois.Daniel Acker | Bloomberg | Getty ImagesKroger Co on Thursday raised doubts about its profit targets from an ongoing turnaround plan, even as the supermarket chain operator posted a better-than-expected quarterly profit, helped by its investments in delivery and online operations.The retailer has been rapidly growing its online business by expanding delivery options under the three-year “Restock Kroger” restructuring plan, while also modifying store layout and adding more of its own brands on shelves.Chief Executive Officer Rodney McMullen told analysts the company was not “reconfirming” its expectation of $400 million in incremental operating profit from the plan.”We want to be transparent about what went according to plan and what didn’t go as anticipated … Some things are coming to fruition as we expected, but just later than we thought, such as identical sales momentum,” he said.The Cincinnati, Ohio-based company’s shares were initially trading higher after the results, but lost most of those gains after McMullen’s comments. The stock was up 1% just after noon on Thursday.The company has made heavy investments to engineer a turnaround and gain market share from rivals including Walmart Inc and Albertsons. However, over the years, Kroger ran into intense competition as even discount retailers started selling their own brands.”The harsh reality is that Kroger has to spend a lot to maintain its leading position within the grocery segment,” said Neil Saunders, managing director of retail research firm GlobalData Retail.”You can’t expect profit to be inflated by some of the things (Kroger is) doing and that’s the issue it is really facing,” Saunders said.The company said it would give details on its financial goals for 2020 at its investor day in November.Kroger also said it now expects its current-quarter earnings to be flat compared with a year ago, but maintained its forecast for the year.It posted a 31% rise in online sales in the second quarter and a 3.1% increase in its private-label brands.Excluding one-time items, Kroger earned 44 cents per share, 3 cents more than analysts’ expectations, according to IBES data from Refinitiv.However, net earnings attributable to Kroger fell about 42% to $297 million in the second quarter, mainly due to losses stemming from its stake in online grocer Ocado.