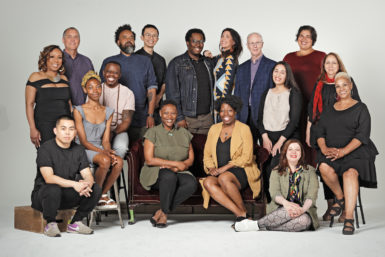 Kresge Arts in Detroit has named the 20 recipients of its 2019 fellowships and awards in literary and visual arts, which are given annually to Detroit-based writers and artists working in different mediums. Each of the 18 artist fellows gets an unrestricted grant of $25,000, and the two winners of the organization’s Gilda Awards, which recognize artists early in their careers, receive $5,000 to support their practice.

Fellows also receive a year of professional practice support, which begins with a development retreat presented by the New York-based organization Creative Capital. They will also be featured in Kresge Arts in Detroit’s film series, which chronicles the work of the 180 fellows of the program’s first decade of existence.

Among the 2019 visual arts fellows are painter Anita Bates, photographer Cybelle Codish, and sculptor Mariam Ezzat, and the Gilda Award in the visual category was given to photographer Noura Ballout.

The fellows were selected from 850 applications by local and national artists and arts professionals. Rip Rapson, president of Kresge, said in a statement, “In the 2019 Kresge Artist Fellows and Gilda Awardees, we see yet another accomplished group poised to lift spirits, open hearts, stir our thinking, and challenge our complacency.”