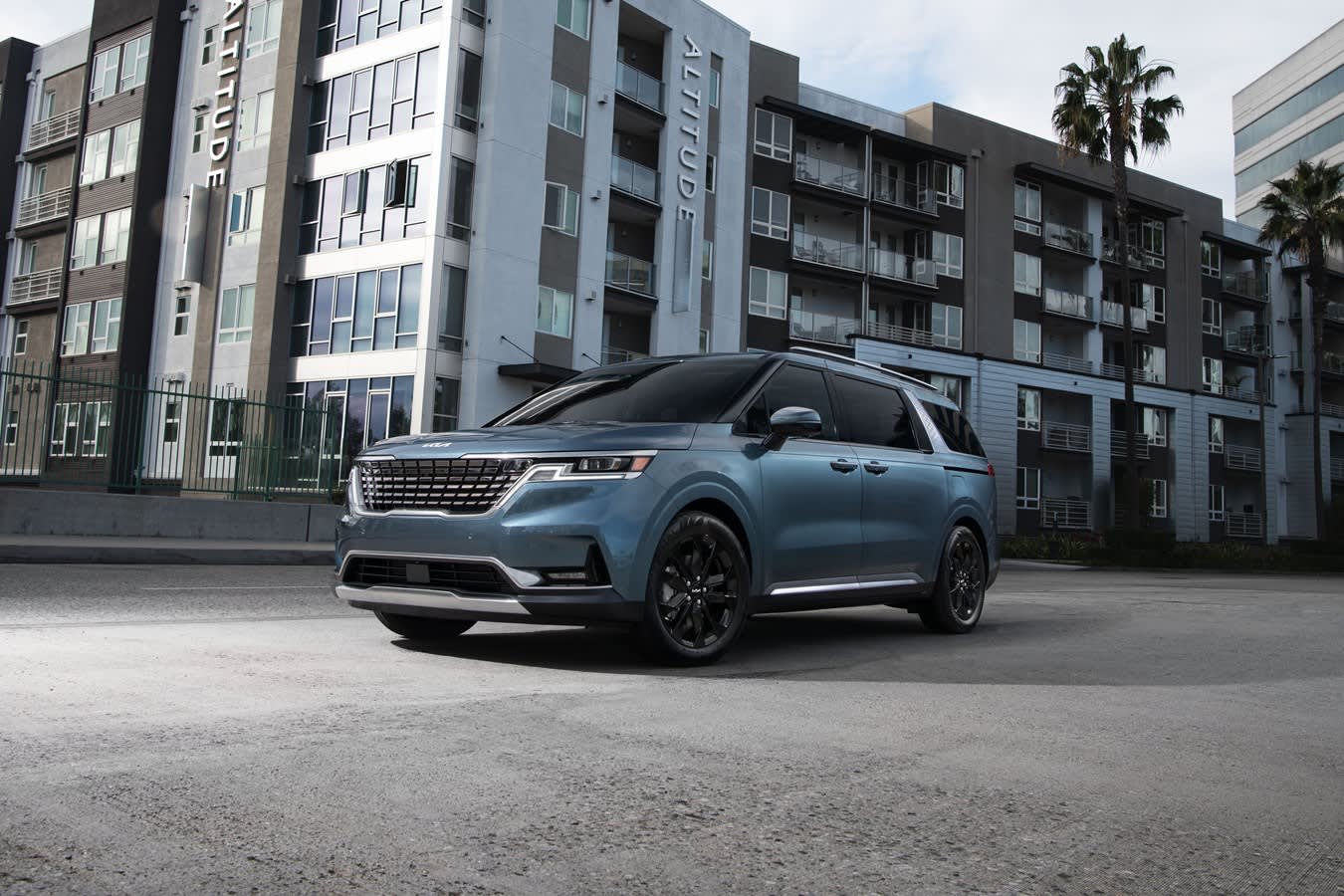 Kia Motors is replacing its Sedona minivan with a new SUV-inspired model called the Carnival beginning in the second quarter of this year.The 2022 Carnival “multi-purpose vehicle,” also known as a minivan, features a boxy exterior, large front grille and an overall design that looks more bold and rugged than the outgoing model. It features new front and rear signature lighting as well as Kia’s new logo, which was announced earlier this year.The vehicle, which was unveiled Tuesday, features a host of new safety features as well as new sliding configurations for the second-row seating and an available “VIP Lounge Seating” with power controls and leg extensions much like a traditional reclining chair. “The Kia Carnival is here to disrupt a staid segment and proves once again what is possible when conventions are shattered,” Kia Motors North America CEO Sean Yoon said in a release.The 2022 Kia Carnival has available heated and ventilated second-row “VIP Lounge Seating” with power controls, wing-out headrests and leg extensions.KiaThe drastic design change is the latest for the minivan segment as automakers attempt to compete against crossovers and SUVs — segments customers have been flocking to for their space, capability and more rugged persona.After decades of growth and minivans accounting for about 8% of the U.S. light-duty vehicle market, sales in the mid-1990s to 2000, sales have nose-dived to less than 400,000 units in recent years. Much of the segment’s decline is attributed to the rise of crossovers and SUVs as well as a stigma of the vehicles being uncool and for “soccer moms.”Sales of the Sedona declined about 70% between 2016 and 2020 to only 13,190 vehicles sold in the U.S.

Details and dates of how it could be lifted
U.S. should push to get more people vaccinated before Covid variants spread, doctor says
To Top
error: Content is protected !!