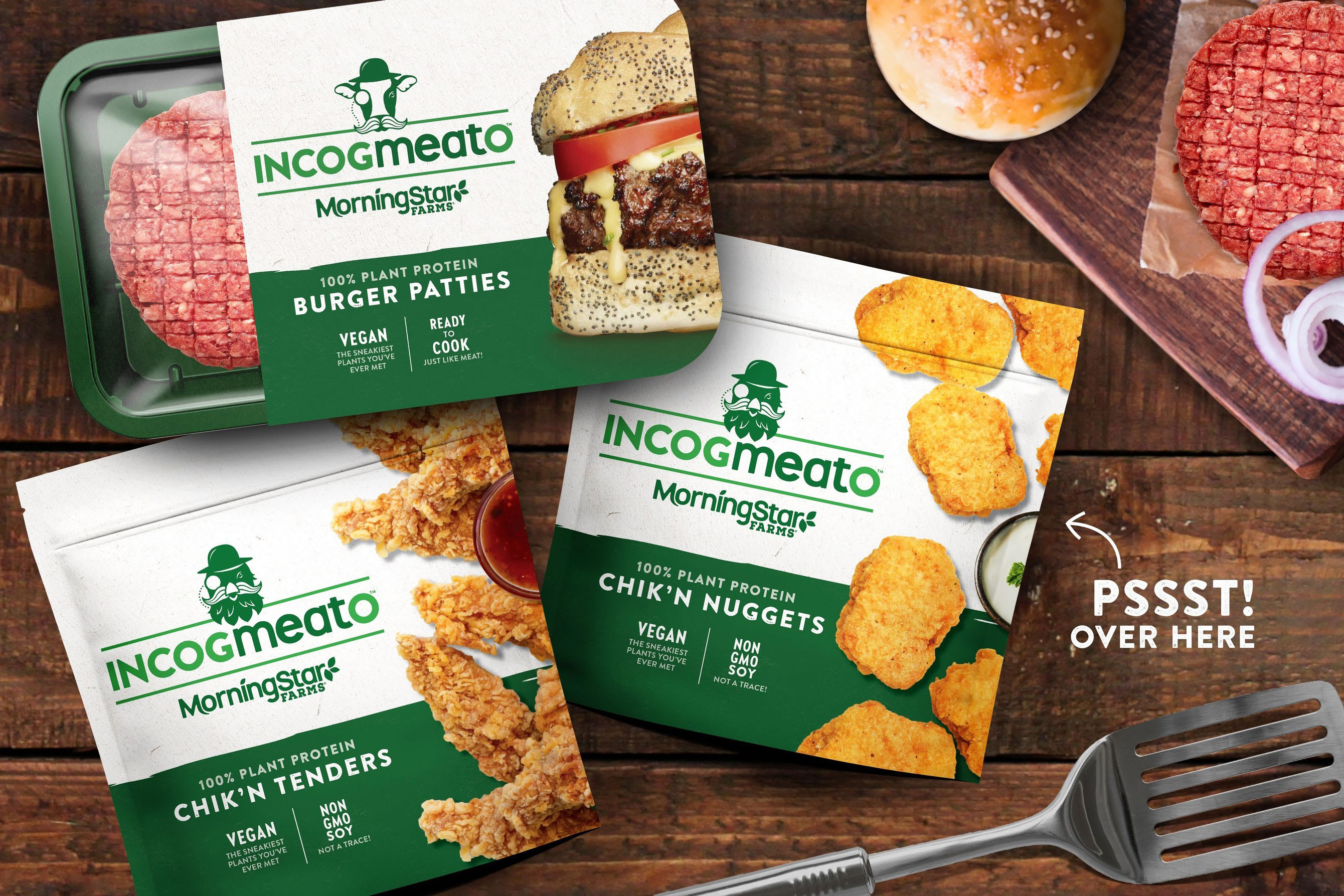 Incogmeato, the new next generation product line by MorningStar Farms.

Hormel said Wednesday it will launch its own plant-based meat brand, following Kellogg’s announcement of a similar addition to its portfolio in bids to compete with Beyond Meat and Impossible Foods.

Hormel’s new brand will be called Happy Little Plants, and will be housed under its Cultivated Foods umbrella. The company said the flagship product is a ground meat alternative. Kellogg’s product line Incogmeato and will be produced by its Morningstar Farms brand. Both companies’ plant-based meats will be made with non-GMO soy designed to look and taste like real meat.

Hormel said its products launched this week in select retail outlets. It plans to expand distribution further in the coming months.

“Hormel Foods has one of the most admired brand portfolios in the industry, led by our legacy of industry-leading innovation,” said Jim Splinter, vice president at Hormel Foods. “We are continuing to build an organization that has the agility and adaptability to create products to align with today’s dynamic marketplace.”

Plant-based meats and burgers have surged in popularity as start-ups try to appeal to meat-eaters who don’t want to compromise on taste, and to vegans and vegetarians who want more options. Barclays projects the “can’t believe it’s not meat” industry will reach $140 billion over the next decade.

Kellogg also said consumers who have a primarily vegetarian diet but occasionally eat meat or fish are a key audience for its new line.

“As more consumers are choosing a ‘flexitarian’ lifestyle and actively reducing meat, we’re thrilled to be extending the MorningStar Farms portfolio with a delicious and satisfying meat-like experience,” said Sara Young, general manager at MorningStar.

Morningstar already sells frozen veggie burgers made of black beans or mushrooms, but the new line is the company’s attempt to play catch up with the imitation meat burgers of Beyond Meat and Impossible Foods, which are marketed as being indistinguishable to real meat. Before the announcement, Hormel only offered burgers that contained veggies like mushrooms added to meat.

Since its initial public offering in May, shares of Beyond Meat have surged over 550%, and the company reported selling $34.1 million worth of products in grocery stores during its second quarter. The company’s plant-based meat has also piqued the interest of companies such as Dunkin’ and HelloFresh. Privately held Impossible Foods also recently made headlines after securing a deal with Restaurant Brands International’s Burger King to offer the Impossible Whopper.

Shares of Hormel jumped Wednesday afternoon following the news, but both companies’ stocks are now fractionally down. Hormel has a market cap of $22.9 billion, while Kellogg is valued at $21.7 billion.