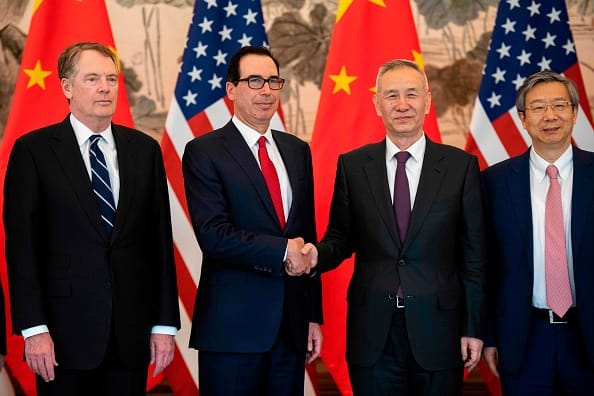 U.S. stock index futures were higher Thursday morning, after China confirmed it planned to hold trade talks with the U.S. in early October.

At around 03:00 a.m. ET, Dow futures rose 202 points, indicating a positive open of more than 210 points. Futures on the S&P and Nasdaq were both higher.

The two sides agreed to hold another round of trade negotiations in Washington, D.C., towards the beginning of next month, and consultations will be made in mid-September in preparation for the meeting, the statement said.

“Both sides agreed they should work together and take practical actions to create favorable conditions for the negotiations,” according to a CNBC translation of the statement.

The announcement came after the world’s two largest economies imposed new tariffs on each other’s goods at the start of the month, marking yet another escalation in the protracted trade war.

Previously, both sides had indicated they would meet in September.

On the data front, investors are likely to closely monitor a flurry of economic reports on Thursday.

The ADP National Employment Report for August will be released at 8:15 a.m. ET, with the latest weekly jobless claims and second quarter productivity and unit labor costs set to be released slightly later in the session.

A final reading of services PMI (Purchasing Managers’ Index) for August, ISM non-manufacturing data for August and factory orders for July will also be released during morning deals.

In corporate news, Donaldson, Ciena and Livongo Health are among some of the companies set to report earnings before the opening bell.

CrowdStrike, DocuSign and Lululemon Athletica are among some of the companies scheduled to report their latest quarterly results after market close.

— CNBC’s Evelyn Cheng and Eamon Javers contributed to this report.

Lawmakers urge FDA to pull Juul, other e-cigarettes from the market