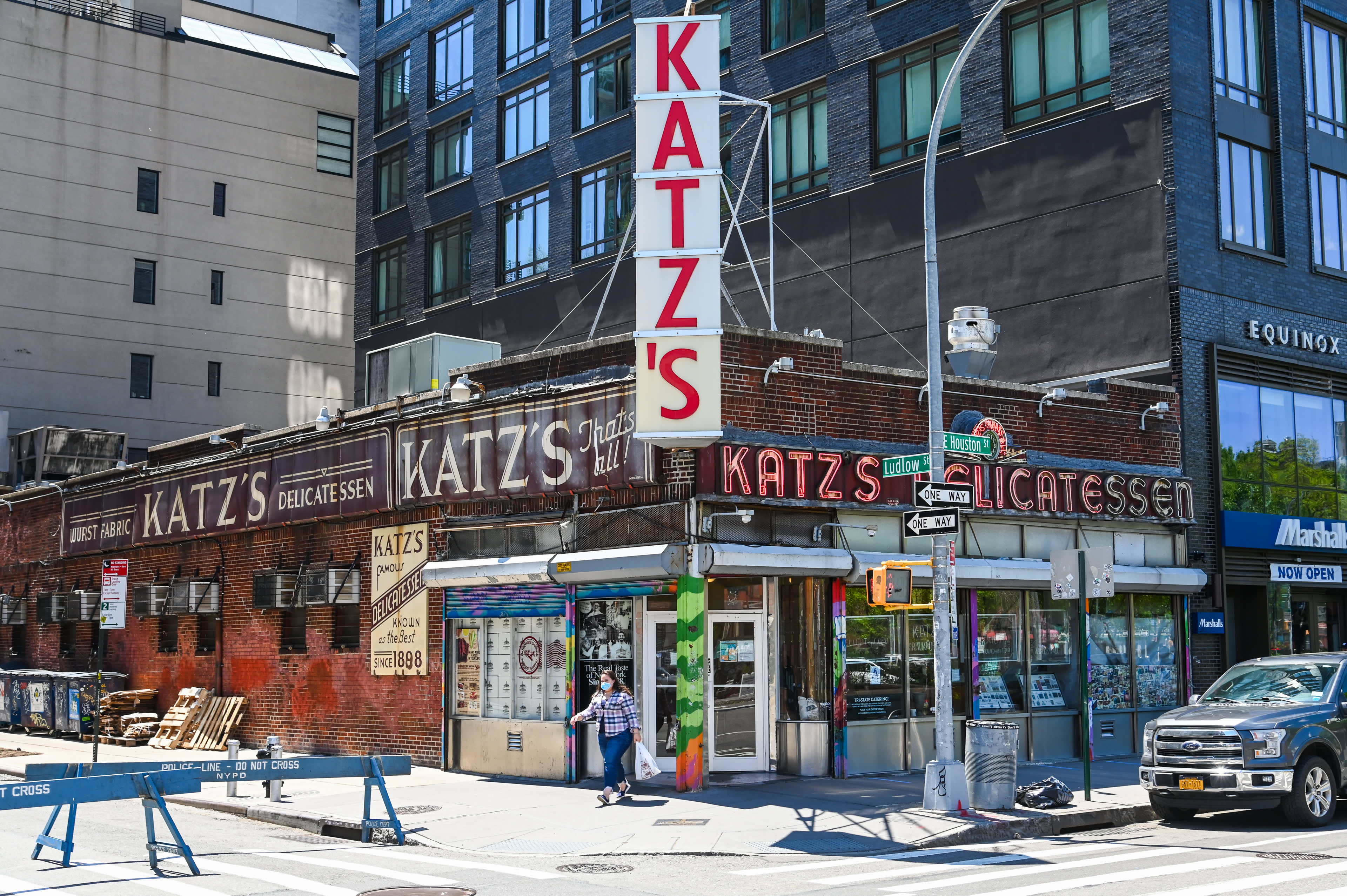 Katz’s Delicatessen in New York City has been around for more than a century, maturing into an iconic institution on the Lower East Side.Owner Jake Dell told CNBC on Friday he feels the weight of family history as he seeks to navigate the uncertainty and disruption wrought by the coronavirus pandemic.”This is our second pandemic, technically, for Katz’s. It’s my first,” Dell said on “Squawk on the Street,” referring to the 1918 flu pandemic. Katz’s, initially founded in 1888, moved to its current location on Houston Street a year before that health crisis began.For this pandemic, which has devastated the restaurant industry, Dell said he’s using a “make-it-up-as-you-go” approach.”Make the best decision we can in the moment without losing touch with the nostalgia and tradition that’s truly at the core of Katz’s,” said Dell, a fifth-generation owner.While the pandemic is not yet over, Dell said lessons Katz’s has learned in the past 11 months will help the deli succeed in the decades ahead, such as website development. Strategic decisions Katz’s made in the years preceding the coronavirus crisis have helped keep it afloat, too, he said.Dell’s comments came as limited indoor dining at New York City restaurants was set to resume after Gov. Andrew Cuomo paused it indefinitely in mid-December. Some health experts have questioned the timing, citing new coronavirus variants that are believed to be more transmissible. But for many in the city’s dining industry, the resumption of indoor dining is being cheered as a much-needed way to boost revenue during the bitter winter.Katz’s will have about 17 or 18 tables available to comply with the 25% capacity restriction, Dell said. The deli will revert to the health protocols it used during the fall when the city permitted indoor dining, he said.Dell acknowledged Katz’s is fortunate because its dining room size makes 25% capacity more sustainable than it is for smaller restaurants. From a business standpoint, it’s hard for most eateries to get by with only a quarter of tables being available, Dell said.Katz’s Delicatessen remains open for take out during the coronavirus pandemic on May 07, 2020 in New York City.Ben Gabbe | Getty ImagesDigital presence”One thing that we focused on really hard was our website and focusing on bringing the customer experience to your door, the true Katz’s experience. You can’t make it to the Lower East Side, so how do we bring it to you?” said Dell, who joined the restaurant in 2009. His father, Alan, was involved before him.Fortunately, Katz’s experience shipping food across the U.S. dates to World War II, when its slogan, “Send a salami to your boy in the Army,” was coined, Dell said. But when the pandemic hit last spring — grinding New York tourism to halt and shutting down indoor dining — Katz’s really had to scale up its logistics operation.That meant retraining some employees, like dishwashers, on how to properly pack mustard, pickles and knishes so the food can be shipped throughout the country, Dell said. “And that has grown tremendously and we really hope that continues once all is back to normal.”As for local delivery, Dell said Katz’s built its own network a few years ago to avoid having to pay an “egregious” fee to third-party providers, such as DoorDash and Uber Eats. “We just bit the bullet and built a giant [delivery] factory a couple years ago and it’s paid off,” Dell said. “We’ve been lucky. We haven’t actually laid anyone off during this pandemic, and I’m pretty grateful for that.”Katz’s received a loan through the Paycheck Protection Program worth $1 million to $2 million, according to a database compiled by nonprofit journalism site ProPublica. The loan was approved May 3 and helped retain 143 jobs, the database shows.Asked why Dell fought to keep Katz’s open during the depths of the pandemic, he said: “Because you have to. You put your head down and you go forward. You take it one decision at a time.””When the pandemic started, we immediately started giving out soups to … low income and senior citizen buildings in the neighborhood. We’ve served, I think, something like 30,000 meals, all five boroughs, to over 30 hospitals to front-line workers,” Dell added, saying Katz’s felt obligated to help as a family-run business. “The community takes care of you. You have to take care of them when they’re in need.”