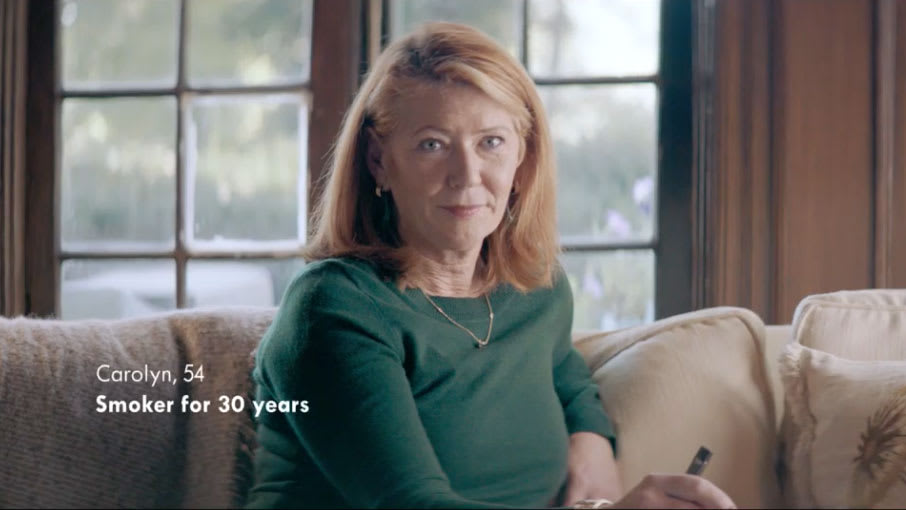 JUUL television commercialSource: JUULBefore President Trump’s proclamation on Wednesday that flavored e-cigarettes should be banned, Juul was already under attack this week from federal regulators, who were concerned about an ad campaign from the vaping company that recommended consumers switch from regular cigarettes.But despite a letter the Food and Drug Administration sent Juul CEO Kevin Burns expressing that unease, the company doesn’t seem too worried.Juul, which announced its “Make the Switch” campaign in January, told CNBC through a spokesman that it plans to continue running the spots for now and already bought ads for the next month or so as it reviews the FDA’s letter. “Make the Switch” features adults sharing their stories of how they stopped smoking thanks to Juul. The FDA said it’s concerned the ads might convey that switching to Juul is a safer alternative to cigarettes.Companies can’t advertise their products as less harmful than cigarettes without the FDA first approving the claims, and Juul has not yet submitted an application with the FDA. Federal health officials, along with the president, are calling for a broad crackdown on flavored e-cigarettes, a market led by Juul, as millions of teenagers reported using the products and amid the outbreak of a mysterious lung disease that has sickened hundreds and killed at least six people.In its letter to Juul, the FDA asked for documents and other information regarding its marketing, advertising, promotional and education campaigns as well as product development activity. Specifically, the FDA is looking for any scientific evidence or data that shows whether its use of words like “switch” and “alternative” give people the idea that Juul’s e-cigarettes are less harmful than combustible cigarettes.The letter muddies Juul’s attempts to rebrand itself and adds another headache to the company, which is already battling accusations that it fueled a teen vaping epidemic. It also brings e-cigarette advertising into the spotlight, raising questions about whether companies should be allowed to market at all.Separately, the company has 15 days to respond an FDA warning letter, which focused on testimony alleging Juul representatives promoted their e-cigarettes as less harmful than cigarettes in presentations to schools and Native American tribes.According to ad measurement company iSpot, Juul has spent more than $29 million on 8,717 airings of television spots in the U.S. since Jan. 8, the day the campaign was announced. The ads also appeared via print, online and radio, including a full-page print ad saying, “The average smoker tries to quit over 30 times. Make the switch.”A print ad part of Juul’s “Make the Switch” campaign.JuulJuul works with Omnicom Group-owned ad agency DDB, which didn’t comment on the Juul campaign.The TV ads currently running include names of people who have “made the switch” to Juul for a variety of reasons. One couple, Roy and Kathy, discuss how alone Kathy felt as her husband went outside to smoke. Stacey, a make-up artist, describes how using a Juul means she no longer smells like cigarettes as she’s applying make-up on clients. Another theme in the ads is that people feel self-conscious smoking cigarettes in an office environment.Jidong Huang, an associate professor at Georgia State University’s School of Public Health, said Juul will likely continue the campaign because the company was very careful about the language it used in its ads.Companies can’t say their products help people quit unless the FDA approves them as smoking cessation products. Juul’s advertisements instead use “switch.” Juul says “quit” and “switch” are completely different things.”It is going to be very hard for the FDA to challenge Juul in court because Juul did not specifically mention that their product is going to help smokers quit in those advertisements,” Huang said.Huang said ongoing investigations from the FDA and Federal Trade Commission looking into Juul’s marketing, as well as lawsuits brought by a number of state attorneys general, would likely have more impact on Juul’s ad practices.Michael Siegel, a professor at the Boston University School of Public Health and a tobacco researcher, said Juul’s “Make the Switch” ads don’t appear to break the rules.”The ads stop short of making a health claim,” he said. “And they don’t make a reduced risk claim.”Siegel worries that an unintended consequence of Juul not being allowed to promote its products as less harmful than cigarettes is that it’s pushed the company away from the stop smoking message and into a more dangerous area of luring children by touting the coolness of the devices.Juul ran a campaign called “Vaporized,” beginning in 2015, which included social media and email marketing, live events and website materials. That campaign has been criticized as appearing to be geared toward kids, and Juul has since said it regrets the campaign.”I’d argue this law has been harmful because what it’s done is force companies to talk about other things, to advertise their product based on other features that are actually going to appeal to kids,” he said.Siegel said the honest message would be for Juul to come out and say, “smoking is really bad for you, we know it’s hard to quit,” and here is a product “that will delivery nicotine without the tar.” Rather, the rules “had the perverse effect of forcing electronic cigarette companies to advertise in a way that’s much more appealing for youth.”WATCH: Dr. Scott Gottlieb discusses the need to reduce access to vaping products for kids