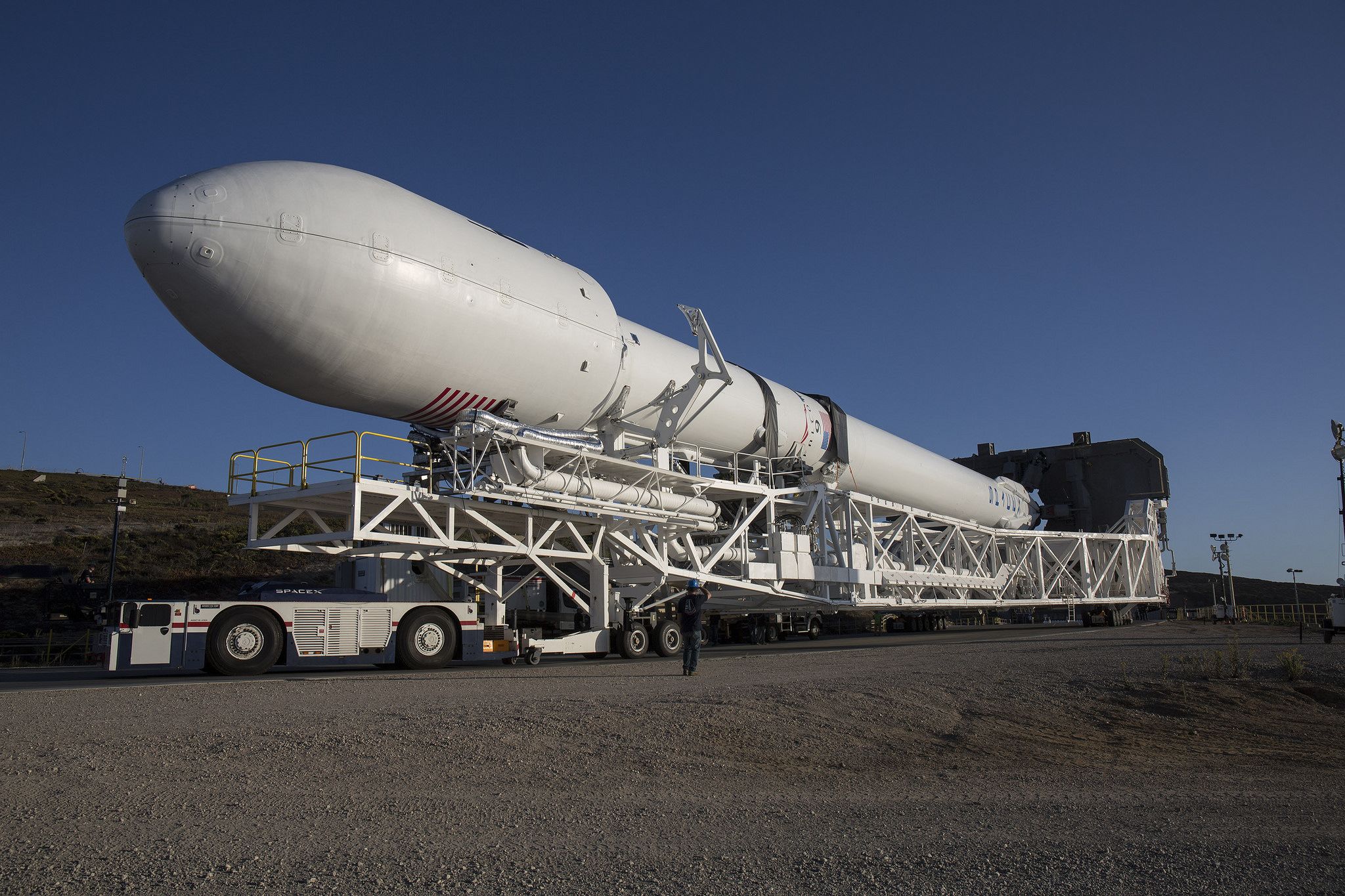 The SpaceX Falcon 9 rocket used for the third Iridium NEXT launch, set to be flown again for the fifth Iridium launch.

Department of Justice officials on Wednesday announced criminal charges against James Smalley, an engineer for a tiny aerospace supply company, for allegedly falsifying dozens of inspection reports for parts used in SpaceX rockets.

Smalley was arrested and faces up to 10 years in prison for the charges. The 41-year-old worked in quality assurance for now defunct PMI Industries – a Rochester, New York company that specialized in the machining of aluminium and steel parts for aerospace and defense contractors.

The alleged fraud affected at least 76 individual rocket parts, according to the DOJ, with Smalley falsifying “at least 38 source inspection reports” for parts “procured by SpaceX for the construction of the Falcon 9 and Falcon Heavy” rockets. In all, the parts were on rockets that were either flown or scheduled to fly on 10 missions, the Justice Department’s complaint said.

“PMI manufactured structural parts for the rockets,” the complaint said, including “the nose cone ‘fairing’ which has been designated as a fracture critical part. If this part malfunctions it could result in catastrophic failure of the mission.”

Federal prosecutors said that Smalley began working at PMI in March 2017, specifically on contracts for SpaceX. According to the complaint, the fraud occurred when Smalley forged the signature of third party inspectors so that the PMI parts would reach SpaceX more quickly.

SpaceX hired PMI to make parts for its rockets, with PMI receiving about $2.4 million in business a year. All of the parts “were ITAR restricted,” the complaint said. ITAR (the International Traffic in Arms Regulations) is a very stringent regulatory control. U.S. aerospace and defense companies take great pains to remain in compliance with ITAR.

In January 2018, SpaceX directed the third-party it used for inspections, SQA Service, to perform an internal audit, which revealed the falsified inspection reports from PMI, the complaint said.

“SpaceX and SQA officials believed the signature of the inspector was photocopied and cut and pasted onto the source inspection report with a computer,” the Department of Justice said in a press release.

Smalley told federal investigators that he did not falsify reports for parts on any other PMI customer than SpaceX, according to the complaint. In addition, “Smalley admitted it was wrong to falsify the source inspection reports and [nondestructive testing] certifications,” the complaint said.