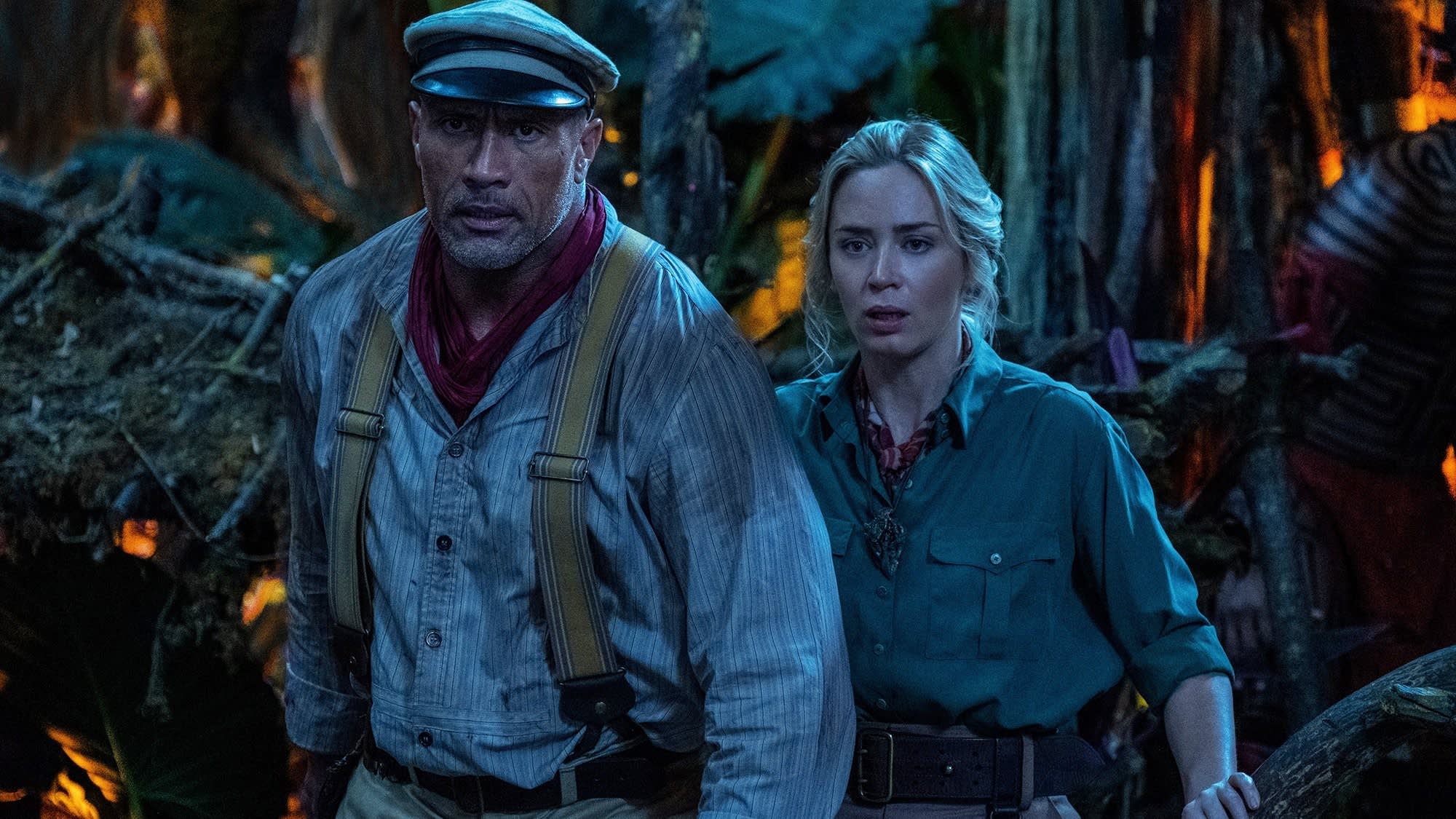 Dwayne Johnson and Emily Blunt star in Disney’s “Jungle Cruise.”DisneyWalt Disney’s “Jungle Cruise” sailed to a better-than-expected opening of $34.2 million at the domestic box office, despite growing concerns that a surge in coronavirus cases could keep families at home.With an additional $27.6 million in ticket sales internationally, the film secured $61.8 million globally during its first three days in cinemas.In pre-pandemic times, the film’s box office opening would be considered a troubled start. After all, “Jungle Cruise” had a $200 million budget. During the coronavirus pandemic, however, this debut is on par with previous blockbuster releases.Over the weekend, around 85% of North American theaters were open to the public, according to data from Comscore — the most since March 2020. Globally, some markets continue to experience capacity limits, and surging Covid cases have kept many away from crowded movie theaters.The film, starring Emily Blunt and Dwayne Johnson, also debuted on Disney’s streaming service Disney+ for a $30 fee, tallying $30 million in global sales over the course of the weekend. “Jungle Cruise” is expected to be the last of Disney’s slate to be released using this method.Disney’s decision to release films like “Cruella,” “Black Widow” and “Jungle Cruise” using this strategy was made at a time of uncertainty. The studio long held off on releasing major titles, but as coronavirus restrictions eased, vaccination rates rose and the industry began to bounce back, Disney opted to debut new blockbusters simultaneously in theaters and through Disney+ for $30. This way audiences who were comfortable returning to theaters could do so, but those who weren’t could watch from their living rooms.In doing this, Disney earned the ire of the National Association of Theatre Owners, who lambasted the studio two weeks ago for lackluster second-week ticket sales of “Black Widow,” as well as one of its biggest stars, Scarlett Johansson, who is suing the studio for lost wages.While “Black Widow” had the biggest opening of any film released during the pandemic, it’s clear that its streaming release has eaten into box-office profits. With audiences able to rewatch “Black Widow” on Disney+, the film is not getting a boost from people returning to theaters to see the film again.Also, because “Black Widow” has been released in the home market while it is in theaters, pirates have access to a high-quality version of the film. This has increased illegal viewings of the film and is partially responsible for the steady drop in box office performance.”Jungle Cruise” will likely have a similar fate.