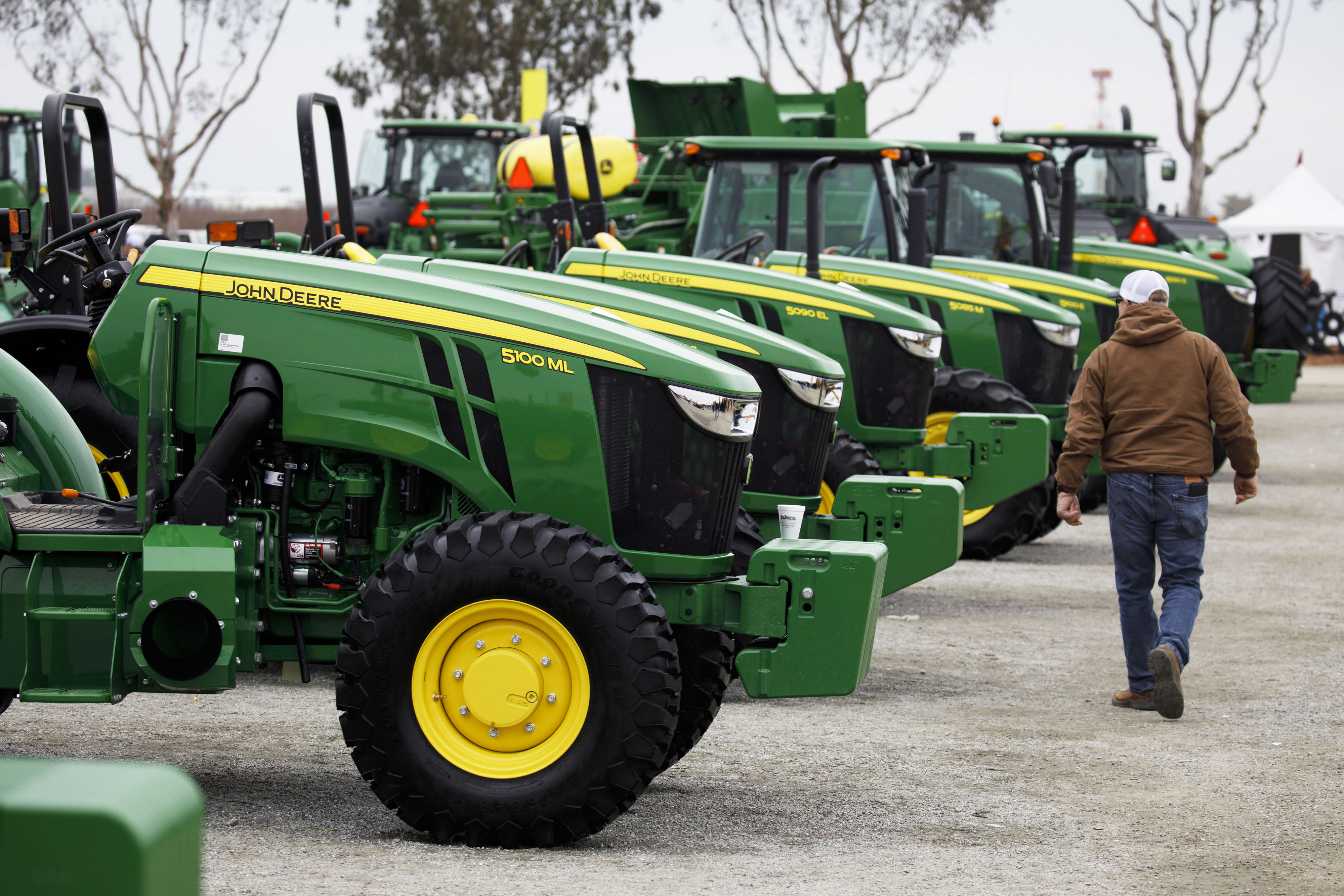 The timeline for a potential trade deal between Washington and Beijing remains unclear, so CNBC’s Jim Cramer decided to take another look at stocks with high exposure to China before earnings season approaches.”Let’s play a little game, I call it hostage versus non-hostage,” the host of “Mad Money” said Friday. “As in, which companies are really hostage to China, and which ones do we just assume are hostages?”Caterpillar: HostageJim Umpleby, CEO of Caterpillar Inc.Adam Jeffery | CNBCThe company has gone on record saying that China only accounts for 5% to 10% of its business, Cramer said.”Oil is more important than the People’s Republic. Pipelines are more important. Construction here could be more important,” he said. “Yet CAT’s stock trades like it’s hostage to China because of this weird linkage. CAT wins when oil goes up, but a lot of investors assume that any rise in oil must be driven by a pickup in the Chinese economy.”Bank of America and Wells Fargo: Not hostageThanks to the rise of ETFs, Bank of America and Wells Fargo trade with the rest of the bank stocks, Cramer said.”There isn’t enough individual stock picking in the group anymore. Definitely not hostage —they’re domestic banks,” Cramer said.”Frankly, I think they’re both opportunities down here versus their compatriots, which are thought to have more China connections, even though those connections are incredibly tenuous,” he added.Deere: HostageAn attendee passes in front of John Deere brand tractors displayed during the World Agriculture Expo in Tulare, California, on Tuesday, Feb. 12, 2019.Patrick T. Fallon | Bloomberg | Getty Images”Anything agriculture is right in the crosshairs of this trade war,” Cramer said. “If you don’t have the Chinese in there buying our crops, the assumption is that farmers won’t have enough money to buy new gear. Deere’s numbers are most likely too high.”3M: Totally hostageCramer expects 3M is unlikely to rally without some sort of turn of events in U.S.-China trade talks. The stock is down nearly 10% year to date and more than 17% over the last 12 months.”There’s too much that isn’t working. After their presentation this week, I’d argue that analysts have to cut numbers,” Cramer said.Splunk, VMWare, Workday: Not hostageSanjay Poonen, COO, VMwareScott Mlyn | CNBC”The cloud kings … just don’t do enough business in China,” Cramer said.PVH: Hostage”They’re seen as getting too much of their sourcing from China, which means they’ll be hurt by the tariffs,” Cramer said. The only thing PVH has going for it is the gigantic, almost $10 million insider purchase of stock by Manny Chirico, the chairman and CEO.”Nvidia: HostageJensen Huang, CEO of Nvidia Rick Wilking | Reuters”After its big run, Nvidia needs this Mellanox deal to close. It would raise numbers, as Nvidia’s basically buying the other side of the board that it makes for the internet of things reach-out,” Cramer said.