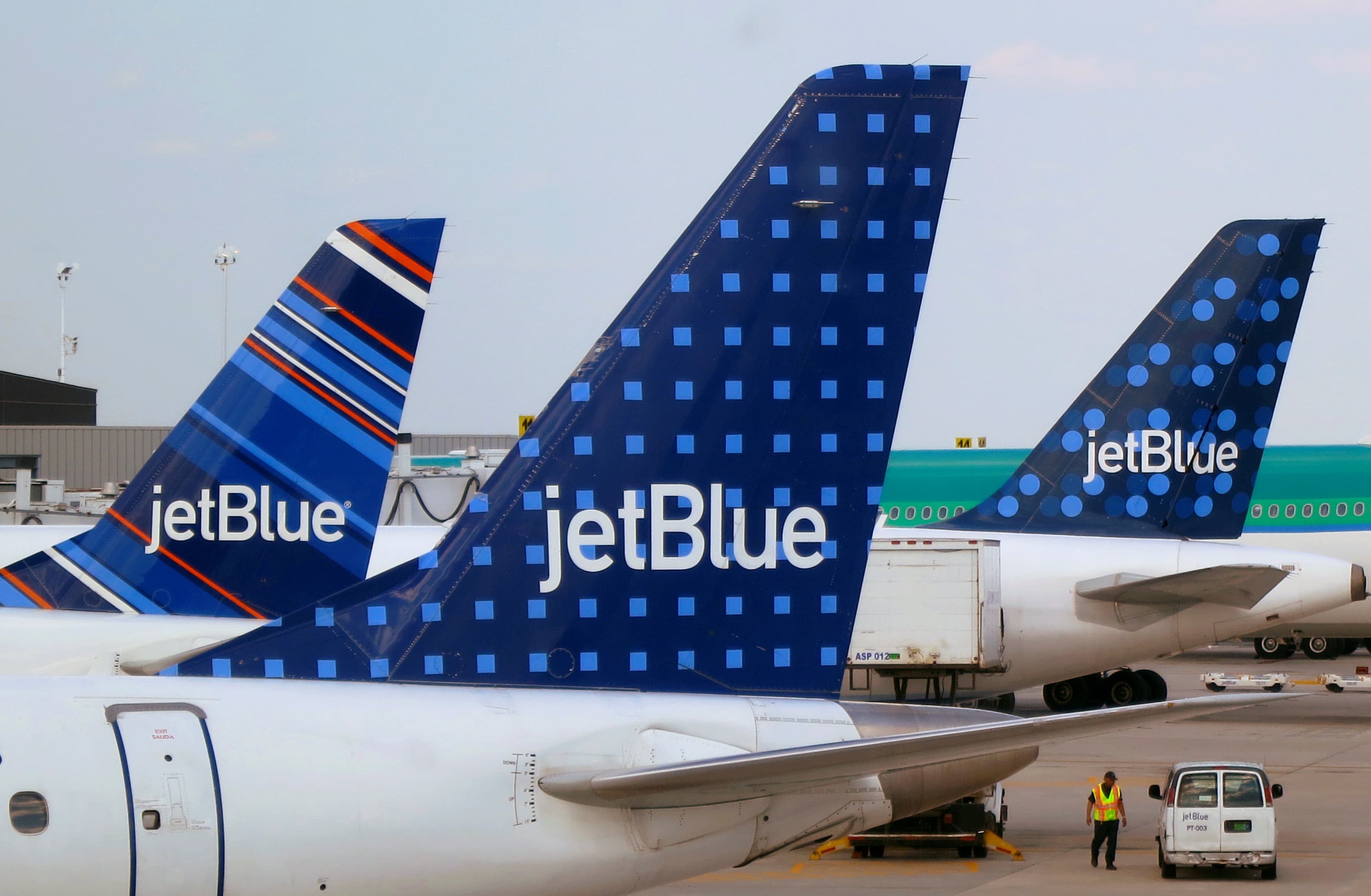 JetBlue Airways aircrafts are pictured at departure gates at John F. Kennedy International Airport in New York.Fred Prouser | ReutersJetBlue Airways is getting rid of ticket-change fees for most of its tickets, but travelers who are buying its cheapest fares should pack light.The New York-based airline on Tuesday said starting July 20 it will guarantee overhead bin space for its standard coach fares up to its Mint business class. But travelers who booked Blue Basic, the airline’s cheapest option, won’t be allowed to use overhead bin space, a policy United Airlines put in place when it started selling no-frills basic economy tickets in 2017.If JetBlue can’t make good on its promise it will give travelers a $25 credit. That’s a relatively easy feat during the pandemic when few people are traveling but finding overhead bin space has been a “major pain point” for travelers during boarding, the carrier said.Airline executives have said these no-frills options are meant to better compete with discount carriers Spirit Airlines and Frontier, which make a bulk of their revenue from add-on fees for bags and seat selection. They have also said, however, that they want many travelers to avoid these most restrictive fares and pay more for standard economy.JetBlue says it wants to make those cheaper, restrictive fares cheaper.”Currently, our Blue and Blue Basic offerings are very similar to each other,” said JetBlue President and COO Joanna Geraghty in a note to staff. “We need to better differentiate the two by making Blue the gold standard, while strategically focusing on lowering the price of Blue Basic.”

Electric vehicle market and stocks
No economy can succeed without tapping women’s potential
To Top
error: Content is protected !!