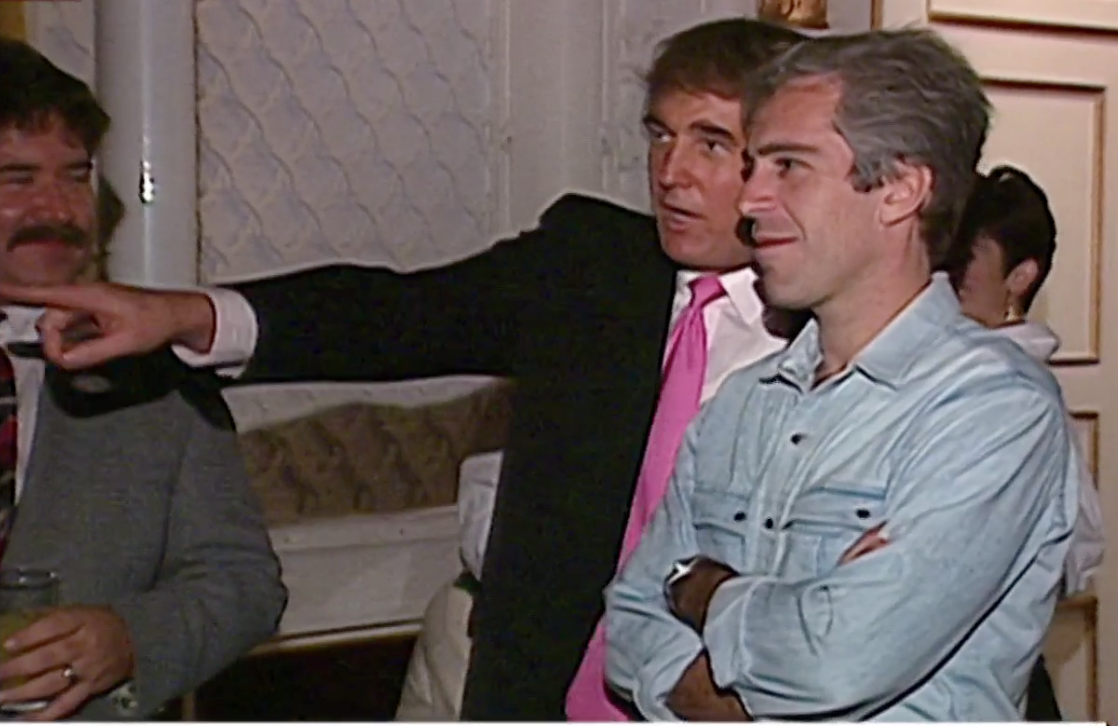 A video still from the NBC archive showing Donald Trump talking with Jeffrey Epstein at a party in Mar-A-Lago from 1992.

Check out these names.

The article contains summaries of Epstein’s relationships with various well-heeled people whose names appear in those documents including President Trump, who once called Epstein a “terrific guy” in an interview with New York, and Bill Clinton, who traveled multiple times on Epstein’s plane.

Trump’s first wife, Ivana, is in the book, as is his third wife, Melania, and his daughter, Ivanka, currently senior adviser to the president.

Epstein’s address book originally was published in 2015 by the defunct news site Gawker, after its content was revealed in a court case.

“Along with the logs of Epstein’s private plane, released in 2015, the book paints a picture of a man deeply enmeshed in the highest social circles,” New York says in its article.

New York notes that a woman whose name appears on flight manifests of Epstein’s jet — “including one Bill Clinton’s trip across Africa, and who wound up working at the Clinton Foundation” — is one of five women whom Epstein recommended as an assistant for Charlie Rose, the then-host of a PBS talk show.

One of those women, who later was among more than two dozen who accused Rose of sexual misconduct, was quoted by New York as saying, “I was being offered up for abuse” by Epstein.

Rose in 2017 lost his PBS gig, along with posts at “CBS This Morning” and “60 Minutes,” on the heels of the misconduct allegations.

The registered sex offender Epstein was arrested in early July on federal charges that he trafficked dozens of underage girls, who traveled to his huge New York City townhouse and Palm Beach, Florida, mansion, where he alleged sexually abused them during purported “massage” sessions from 2002 through 2005.

The 66-year-old, who pleaded guilty to prostitution-related charges in 2008 in Florida, has pleaded not guilty in the current case, for which he remains held without bond in a federal jail in Manhattan.

Trump and Clinton have distanced themselves from Epstein since his latest arrest.

Trump has said “I was not a fan” of Epstein.

Clinton’s spokesman has said he has not spoken with Epstein in “well over a decade,” and that “President Clinton knows nothing about the terrible crimes Jeffrey Epstein pleaded guilty to in Florida some years ago, or those with which he has been recently charged in New York.”

Rose’s spokesman told New York said that Rose only learned about Epstein’s abuse years after the recommendations of assistants, when Epstein pleaded guilty in the Florida case.