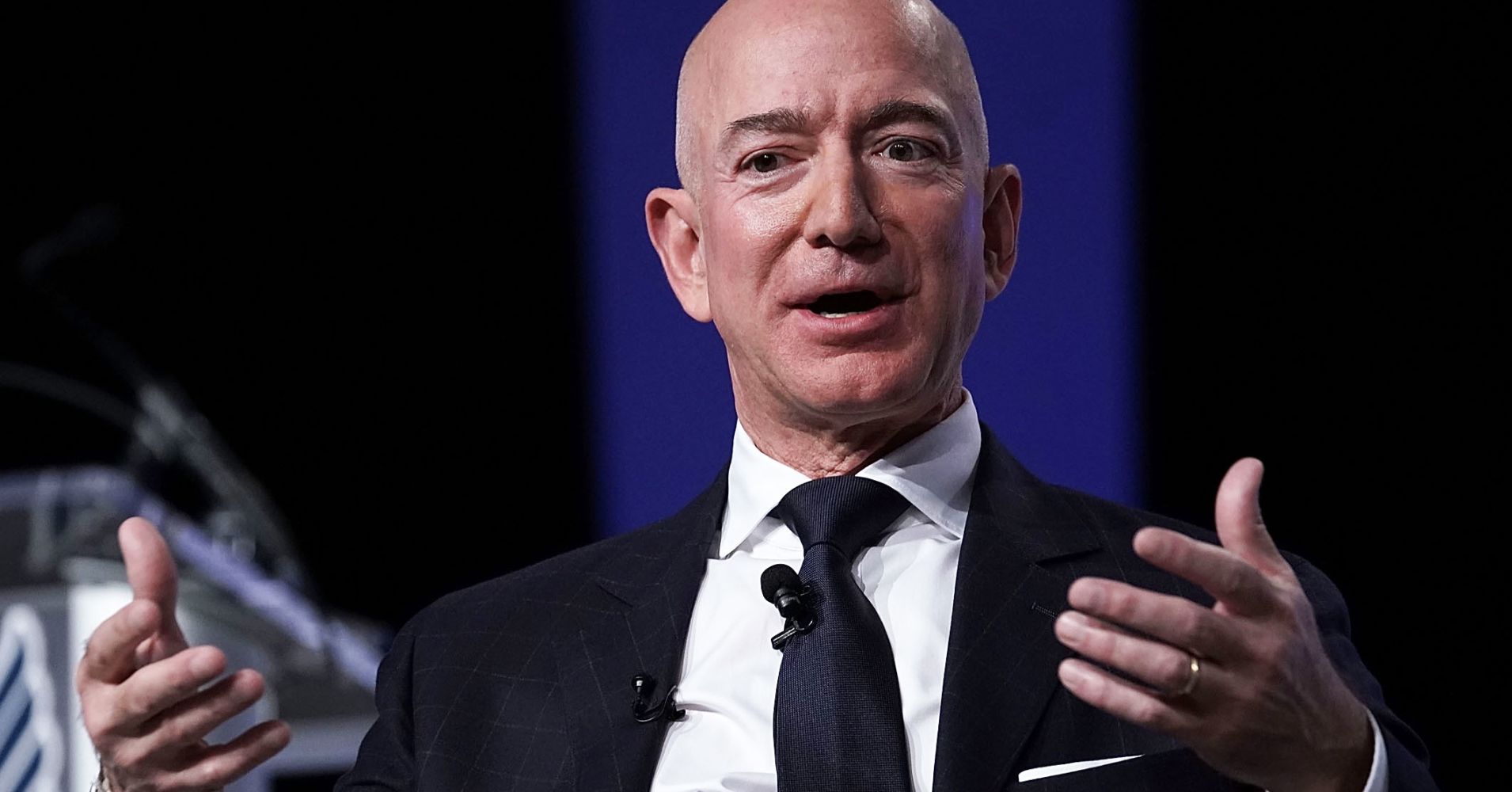 WASHINGTON — Jeff Bezos, chairman of Amazon and founder of Blue Origin, unveiled his space company’s lunar lander for the first time on Thursday.

“This vehicle is going to the moon,” Bezos said during an invite-only presentation to media and space industry executives.

“We were given a gift — this nearby body called the moon,” Bezos said. He added that the moon is a good place to begin manufacturing in space due to its lower gravity than the Earth. Getting resources from the moon “takes 24 times less energy to get it off the surface compared to the Earth,” Bezos said, and “that is a huge lever.”

Bezos also unveiled the company’s BE-7 rocket engine at the event. The engine will be test fired for the first time this summer, Bezos said.

Blue Origin, established nearly two decades ago, has remained relatively quiet about the rockets, engines and capsules it is developing. With its Latin tagline of “step by step, ferociously,” Blue Origin has been working on multiple space systems at the same time. Bezos invests more than $1 billion in the company each year, through sales of his Amazon shares.

Ahead of the event, Blue Origin tweeted a cryptic photo of famed explorer Ernest Shackleton’s ship and a date, May 9, in the caption. A teaser for Thursday’s event, the photo appeared to hint that Bezos’ announcement would focus on sending cargo and even astronauts to the south pole of the moon. That’s because Shackelton lends his name to a crater on the moon’s surface, which NASA named after the explorer in 2006 due to its potential as a lunar outpost. Located at the moon’s south pole, the Shackleton crater is believed by many to have deposits of frozen water.

Bezos offered only few details two years ago about Blue Origin’s lunar ambitions. In a program the company called “Blue Moon,” it would send a couple tons of cargo to the surface of the moon, to begin building the infrastructure of a lunar base. The first mission was proposed for 2020, in patnership with government programs like the Boeing-built NASA Space Launch System (SLS) rocket. But in May of last year, Bezos indicated Blue Origin may develop Blue Moon on its own.

Vice President Mike Pence earlier this year directed NASA to return U.S. astronauts to the surface of the moon within the next five years. NASA administrator Jim Bridenstine answered by saying the agency will meet the White House’s directive, which represents an acceleration of NASA’s existing lunar exploration timeline. NASA’s fiscal 2020 budget request increased a massive increase in funding of the the Advanced Cislunar and Surface Capabilities (ACSC) program. Under ACSC, the agency would first send robots to the surface without crews, later following up with astronauts. Despite internal hesitancy, NASA is considering commercial alternatives such as Blue Origin for getting astronauts to the moon’s surface.

“I love Vice President Pence’s 2024 lunar landing goal,” Bezos said, adding that Blue Origin can meet that timeline “because we started this 3 years ago.”

Uber IPO is likely to price around $44 or $45 per share: Sources
Ford CEO Hackett reassures investors as it pours money into EVs
To Top
error: Content is protected !!