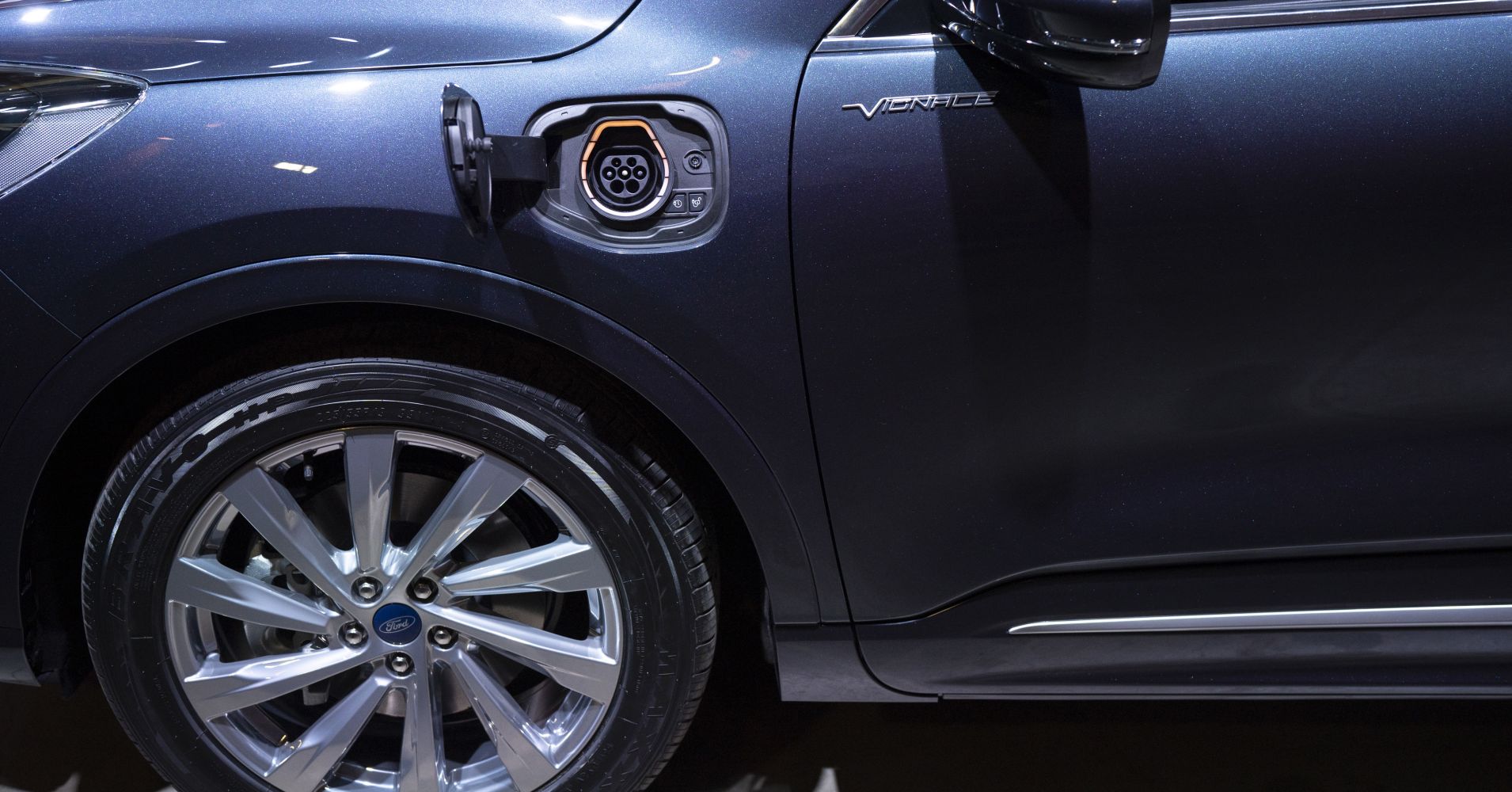 With the automaker’s first long-range electric vehicle set to be unveiled later this year, Ford officials said Thursday they’re on the right path as they “reconceptualize” the company’s vehicle lineup as well as its future.

Ford is in the midst of one of the most dramatic transformations the company has faced since founder Henry Ford threw the switch to start the auto industry’s first assembly line rolling more than 100 years ago. The automaker is largely abandoning passenger cars in favor of SUVs and crossover vehicles, pursuing the development of self-driving vehicles and exploring the transition from a classic automaker into a provider of mobility services.

The automaker laid out plans last year to spend $11 billion on the technology by 2022 — up from its original target of $4.5 billion by 2020 — to develop 40 new all-electric and hybrid models. The company has already announced two EVs it plans to introduce next year: a fully-electric F-150 pickup and a “Mustang-inspired” electric crossover vehicle.

“When there’s new technologies, it takes a while, and there’s a tipping point,” CEO Jim Hackett told investors during the automaker’s annual shareholder meeting Thursday. “When it happens, you want to be there.”

Investors need some reassurance. While the company’s shares are up by more than 33% so far this year, they’re still down by almost 8% over the last 12 months. Sales of its first-generation EVs, like the Ford Focus Electric, have been modest at best. Hackett assured investors that more buyers will plug in. Company data shows one in five younger buyers would consider buying an electric vehicle at some point.

That’s not far out of line with a study released by AAA on Thursday that found that 16% of American motorists it surveyed are giving serious consideration to an electric car for their next vehicle. The AAA report also said 40 million Americans would consider a battery-electric vehicle, or BEV — especially as prices drop, range improves and it becomes easier and quicker to recharge batteries.

Ford is clearly not alone.

Two of Europe’s most powerful automakers, Volkswagen and Mercedes-Benz parent Daimler AG, launched sales of their first battery-electric vehicles this week. VW said it took about 10,000 advance orders for the new ID.3 crossover during the first day, even though the vehicle won’t actually reach showrooms until next year. VW AG CEO Herbert Diess last year said his company is committing about $10 billion through 2023 to electrification. He also upped the number of battery-electric vehicles VW expects to sell by 2029 from 15 million to 22 million.

Japan-based Toyota plans to bring more than 10 EVs to market in the next six years, aiming to sell about 5.5 million battery-electric vehicles by 2030. The Renault-Nissan-Mitsubishi Alliance – which launched the world’s first BEV, the Nissan Leaf, in 2010, is making a similar push.

Ford was an early proponent of electrification, rushing to market with a mix of conventional hybrids, plug-in hybrids and first-generation battery-electric vehicles, like the Focus Electric. But a variety of factors, including limited range and high sticker prices, limited demand. The automaker briefly hesitated before stepping up its efforts. But since Hackett replaced former CEO Mark Fields in a boardroom coup two years ago this month, he has ordered major new commitments to Ford’s electrification, autonomous driving and mobility services efforts — including a “Mustang-inspired” crossover vehicle that’s generated all sorts of buzz.

The scant details and cult-following of the Ford’s iconic muscle car has helped fuel speculation of what the electric version will look like. “Spy photographers” stake out the routes and locations where Ford is known to test its products, hoping to catch a glimpse of even a heavily camouflaged version of the vehicle.

“There’s a lot of intrigue around this product,” said Hackett, adding that, “we’re going to be telling our community more about it, but it is going to be a great story about Ford.”

“What we’ve done is reconceptualized [vehicle design] with all of the extra space that you actually retrieve using battery-electrics into a very, very unique vehicle that takes advantage of some inspiration from our Mustang brand,” Hackett said.

Whether Ford’s bet on electrification will pay off is far from certain, as its earlier sales serve to remind observers. Nonetheless, there is a growing belief among those in and around the auto industry that battery power is the way of the future.

Ford plans to bring out a mix of hybrids, plug-ins and BEVs, betting that the unique characteristics of each will resonate with different groups of consumers.

In the Snowbelt, for example, where there are fewer public chargers and cold weather reduces range, analysts like IHS Markit and the Boston Consulting Group see stronger demand for the plug-ins that can switch to gas power when their batteries are depleted.