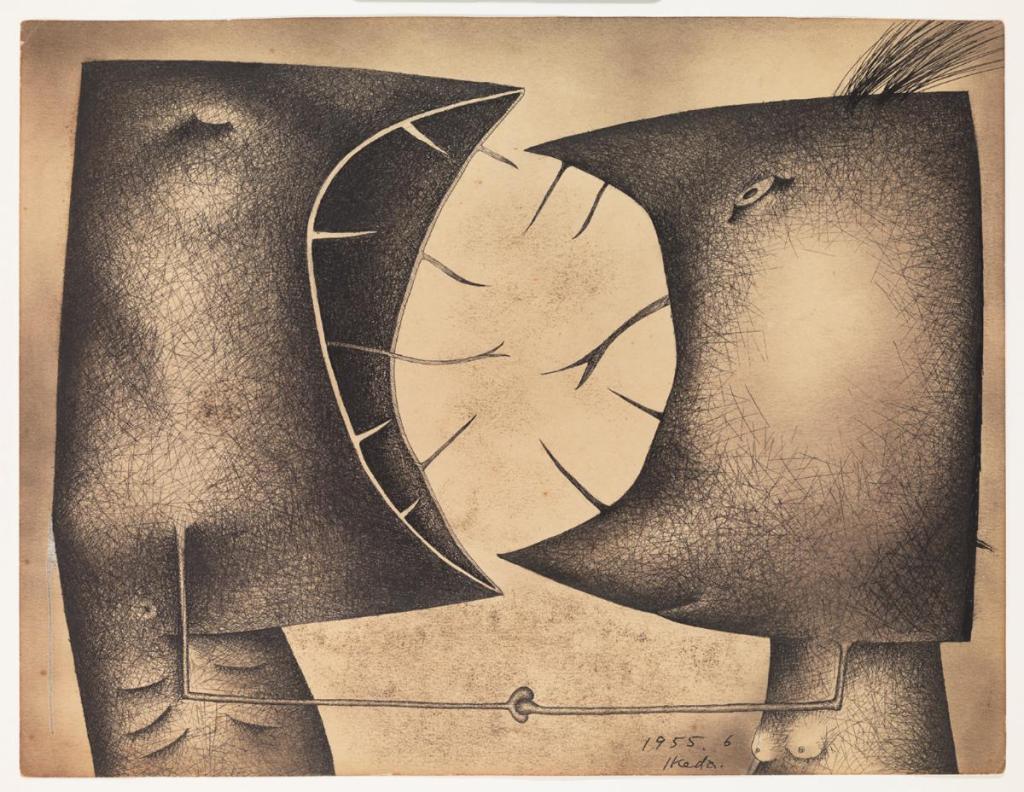 Tatsuo Ikeda, who created intricate, otherworldly drawings informed by his experiences during World War II, died in November at age 92. The news was announced by Ikeda’s gallery, Fergus McCaffrey, which has locations in New York, Tokyo, and St. Barth.
Ikeda’s early drawings from the early 1950s, which are rendered in black-and-white and muted colors, reflected the artist’s anti-war perspective. They depict strange, threatening creatures alluding to the atrocities of war and the corrupting powers of nationalism.
Born in Saga Prefecture, Japan, in 1928, the artist was selected as a kamikaze pilot in 1943, though he was not sent on a suicide flight before the end of World War II. Ikeda subsequently moved to Tokyo to study at Tama Art University, where he was associated with Taro Okamoto and Kiyoteru Hanada’s Avant-garde Art Study Group.

The United States military’s use of beaches in the Japanese village of Uchinada as a firing range and the U.S.’s thermonuclear bomb tests in the Pacific served as catalysts for new series by Ikeda. That body of work includes Genealogy of Monsters, An Album of Birds and Beasts and One Hundred Masks, completed between 1955 and 1960, respectively. The artist also closely studied the relationships between American soldiers and locals, and to support himself financially, he painted portraits for the Americans stationed at bases in Japan.
From 1963 to 1964, Ikeda created his “Elliptical Space” series, which was inspired by the signing of the Treaty of Mutual Cooperation and Security between the United States and Japan and focuses on the complex makeups of the human body and mind. He further explored those surrealist themes in his subsequent “Toy World” series, completed between 1966 and 1970, and in 1973 he began work on the “Brahman” series, for which he took a contemplative and philosophical approach to depicting the madcap forms that tie the vast universe together.
In recent years, the artist showed work at the Museum of Modern Art in New York, Hiroshima MOCA in Japan, Fergus McCaffrey in New York and St. Barth, Fuma Contemporary Tokyo, the Warehouse Dallas, and other institutions.