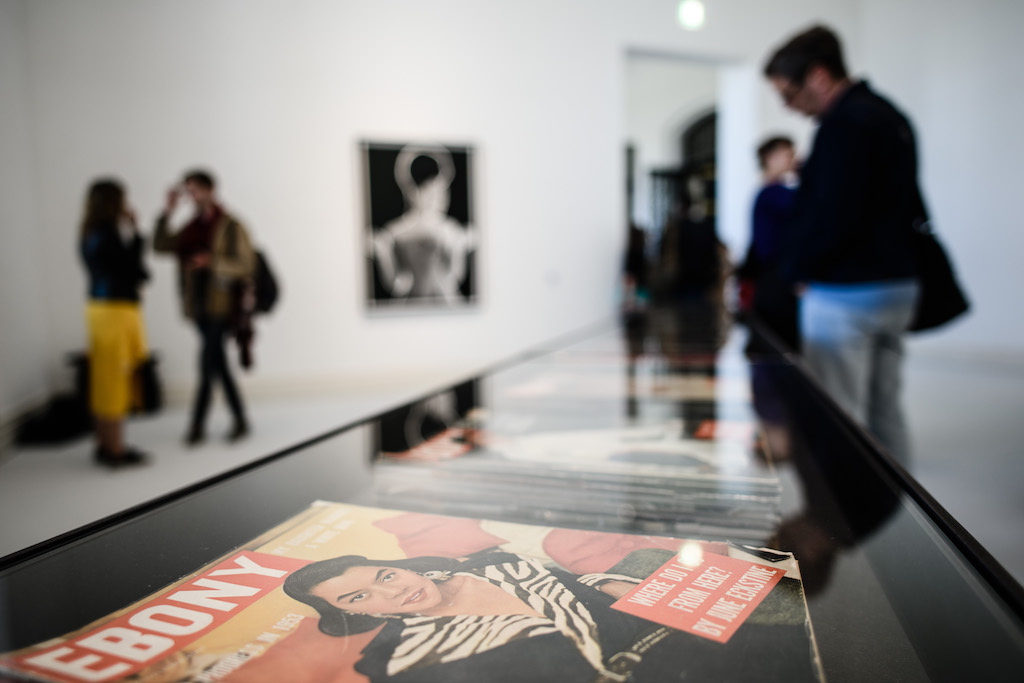 “The Black Image Corporation” at the Martin Gropius Bau museum in Berlin.

The Chicago-based company Johnson Publishing, which filed for bankruptcy in April, has sold the archive of images from Ebony and Jet Magazine to the J. Paul Getty Trust, which, according to court documents filed Wednesday night, paid $28.5 million at auction in the Windy City yesterday. The archive includes millions of iconic images of African American figures like Muhammad Ali, Martin Luther King Jr., and Billie Holiday.

The court documents also reveal that the Trust acted “as the representative of and on behalf of” the Ford Foundation, the MacArthur Foundation, and the Mellon Foundation in the sale.

WBEZ journalist Carrie Shepherd, who first reported the news of the sale, said on Twitter this morning that the “filing did not include a deposit so purchase price could be closer to $30 m.”

ARTnews has reached out to the Getty for comment. We have also contacted Theaster Gates’s Rebuild Foundation in Chicago, which presented the exhibition “A Johnson Publishing Story” in 2018. Gates worked with the photo archive for his show “The Black Image Corporation,” staged at the Fondazione Prada in Milan and the Martin Gropius Bau museum in Berlin.