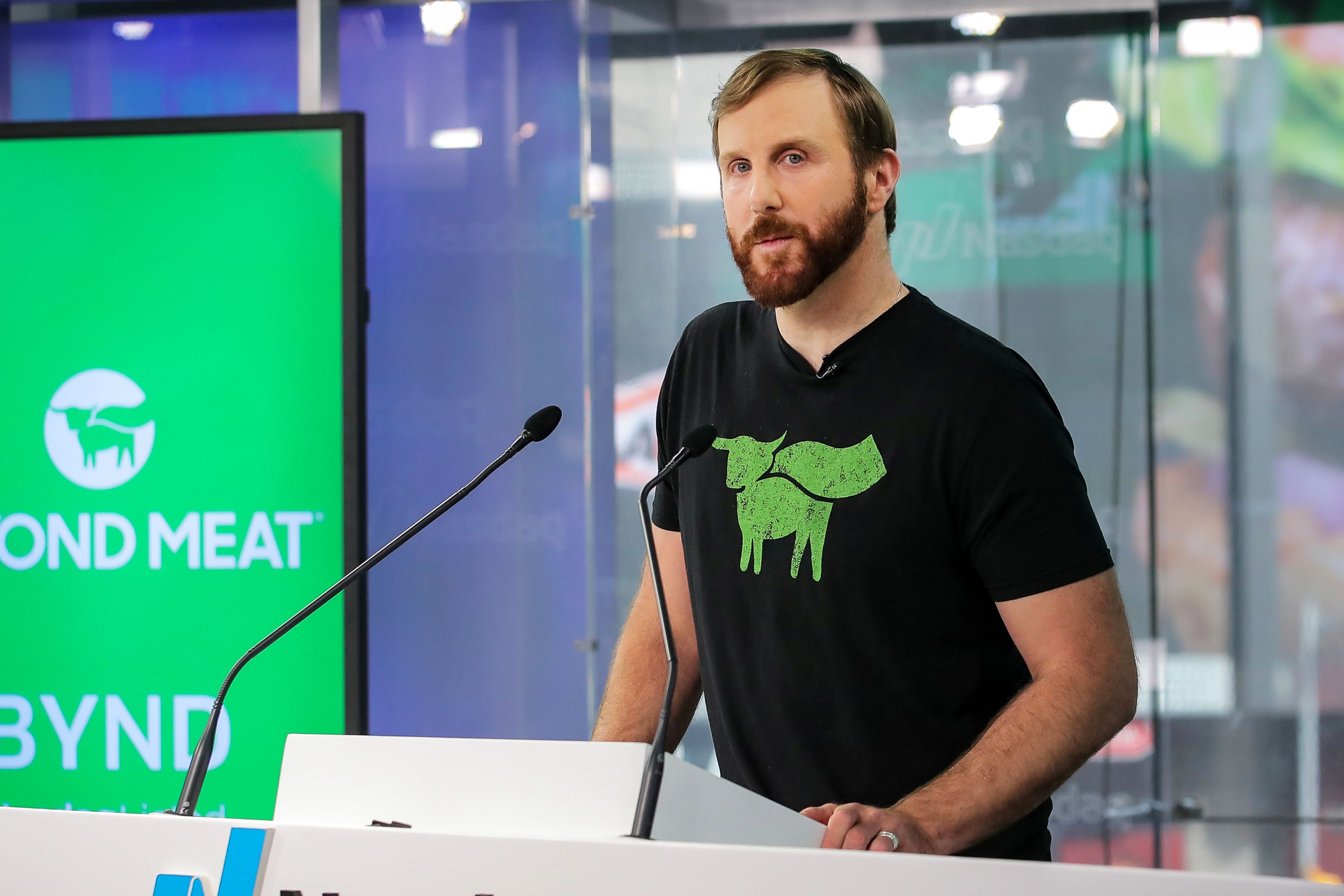 Ethan Brown, founder and CEO of Beyond Meat, prepares to ring the opening bell to celebrate his company’s IPO at the Nasdaq Market site in New York, May 2, 2019.

J.P. Morgan downgraded Beyond Meat on Tuesday, after the company’s stock has surged 600% from its initial public offering price of $25.

The firm downgraded the stock to “neutral” from “overweight” and kept its price target of $120. The alternative meat company reported stronger-than-expected earnings last week — its first report since going public.

The stock is “beyond our price target,” J.P. Morgan analyst Ken Goldman said in the note to clients. The share price has already exceeded the price target of every analyst on Wall Street and short sellers have lost more than $400 million betting against the plant-based burger maker’s stock since it went public, according to research firm S3 Partners.

“This downgrade is purely a valuation call,” J.P. Morgan said. “As we wrote last week, ‘At some point, the extraordinary revenue and profit potential embedded in BYND… will be priced in’ – we think this day has arrived.”

Shares of Beyond Meat were down 5% in premarket trading.