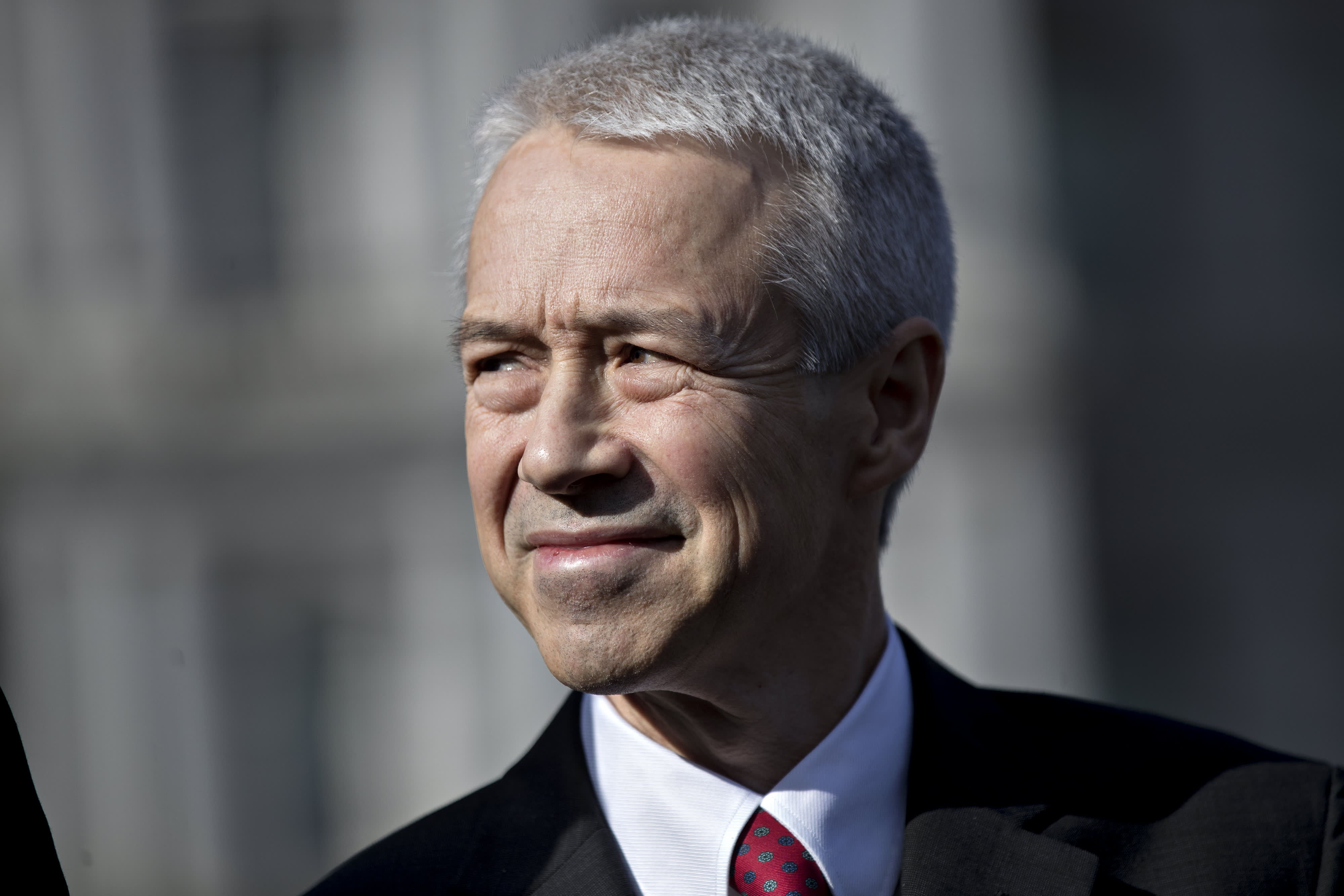 Joaquin Duato, executive vice president and worldwide chairman of pharmaceuticals at Johnson & Johnson on Tuesday, Jan. 31, 2017.Andrew Harrer | Bloomberg | Getty ImagesJohnson & Johnson announced Thursday evening that Joaquin Duato will become the company’s new CEO effective January 3, replacing current chairman and CEO Alex Gorsky.Duato will also be appointed as a member of the company’s Board of Directors following his transition to the C-suite role.”It has been an honor and privilege to lead this company as Chairman and CEO for nearly a decade, and I am pleased to serve as Executive Chairman to help oversee Johnson & Johnson’s ongoing progress improving the health of people and communities everywhere,” Gorsky, who has served in his current role for 9 years, wrote in a statement.”This is the right time for the company as our organization is delivering strong performance across all three segments and is positioned for continued success, in addition to this being the right time for me personally as I focus more on my family due to family health reasons,” he added.Shares of Johnson & Johnson fell nearly 1% during extended trading.J&J’s vaccine was initially touted by federal health officials as a blessing when it was authorized by the Food and Drug Administration in late February because it requires just one dose and can be stored at refrigerator temperatures for months. It has since suffered from poor perceptions from the public about its overall effectiveness, concerns about rare side effects as well as production delays.In April, the FDA said it was adding a warning label to J&J’s Covid vaccine, citing blood-clotting as a rare side effect. Earlier this month, CVS Health stopped offering J&J’s single-dose Covid-19 vaccine in its pharmacies.Read more: CVS stops giving J&J Covid vaccines in pharmacies, still offers shots at some MinuteClinicsThis is breaking news. Please check back for updates.