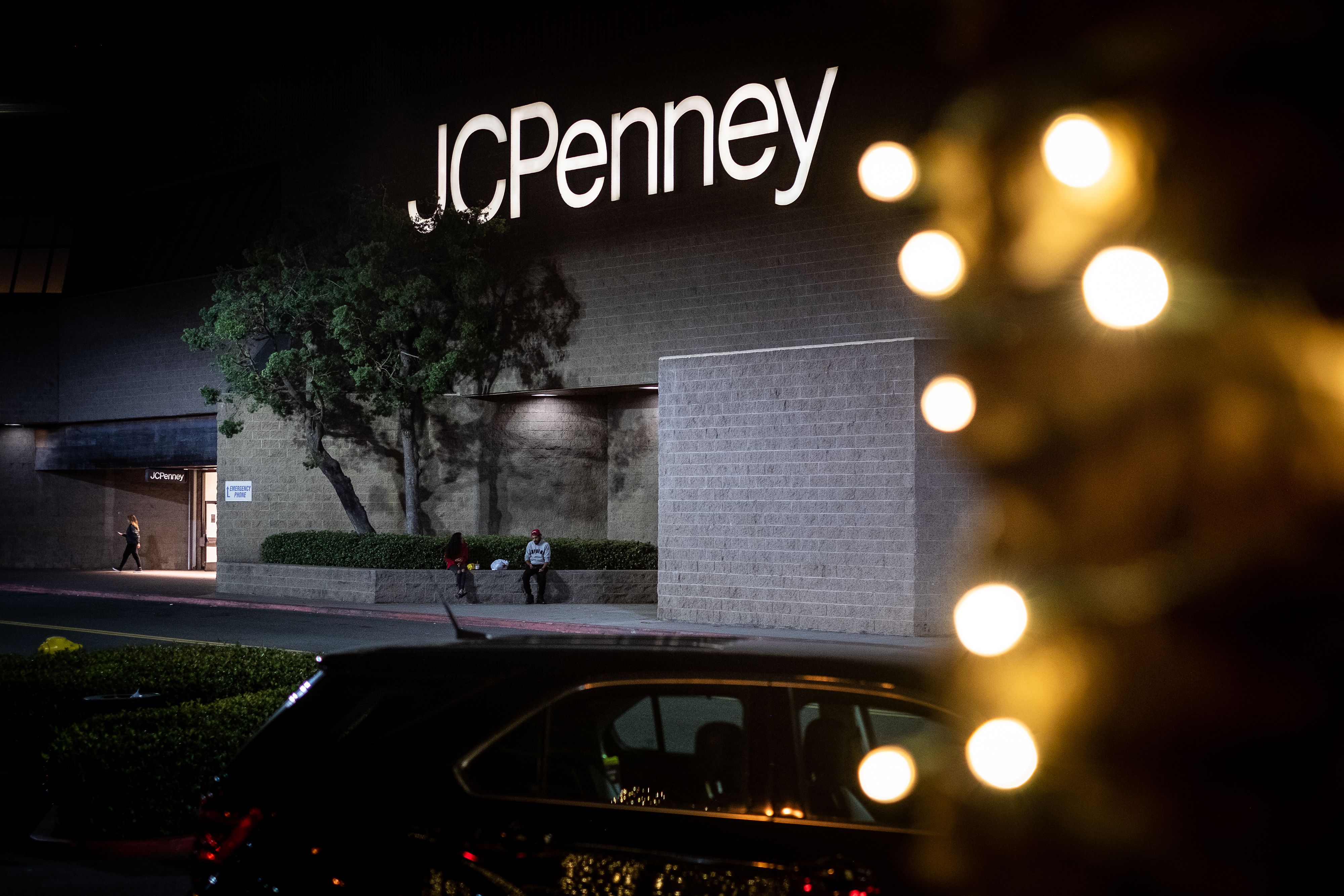 Shoppers sit outside of a J.C. Penney store at the Westfield Mall in Culver City, California.

J.C. Penney on Thursday reported mixed second-quarter results that showed its sales are continuing to erode.

Despite the smaller loss, sales fell more than had been anticipated. Revenue for the quarter ending Aug. 3 fell 7.4% to $2.62 billion from $2.8 billion a year ago. That was slightly lower than analyst expectations of $2.69 billion.

Sales at Penney stores open for at least a year were down 9%, worse than an expected drop of 5.2% percent.

Last week, the company received notice that it was at risk of being delisted from the New York Stock Exchange. Its stock fell below $1 on July 19 and has been trading below that level ever since. On Wednesday, it hit an all-time low of 53 cents. In trading before the market’s open Thursday, shares were trading higher.

Penney is also burdened with around $4 billion in debt and has announced that it is working with advisors to restructure it.

While investors have been unsure whether CEO Jill Soltau, who was hired 10 months ago, can turn the 117-year-old company around, she continues to announce new initiatives.  On Thursday, the company said it would partner with secondhand retailer ThredUp. On Wednesday, Macy’s also announced a partnership with the company.

Since arriving at Penney, Soltau has announced plans to close 18 department stores, along with nine home and furniture stores in 2019. She also made the decision to get out of the appliance business, which it had previously heavily focused on.

Shares of the company have been down more than 45% since January, bringing it to a market value of about $181 million.