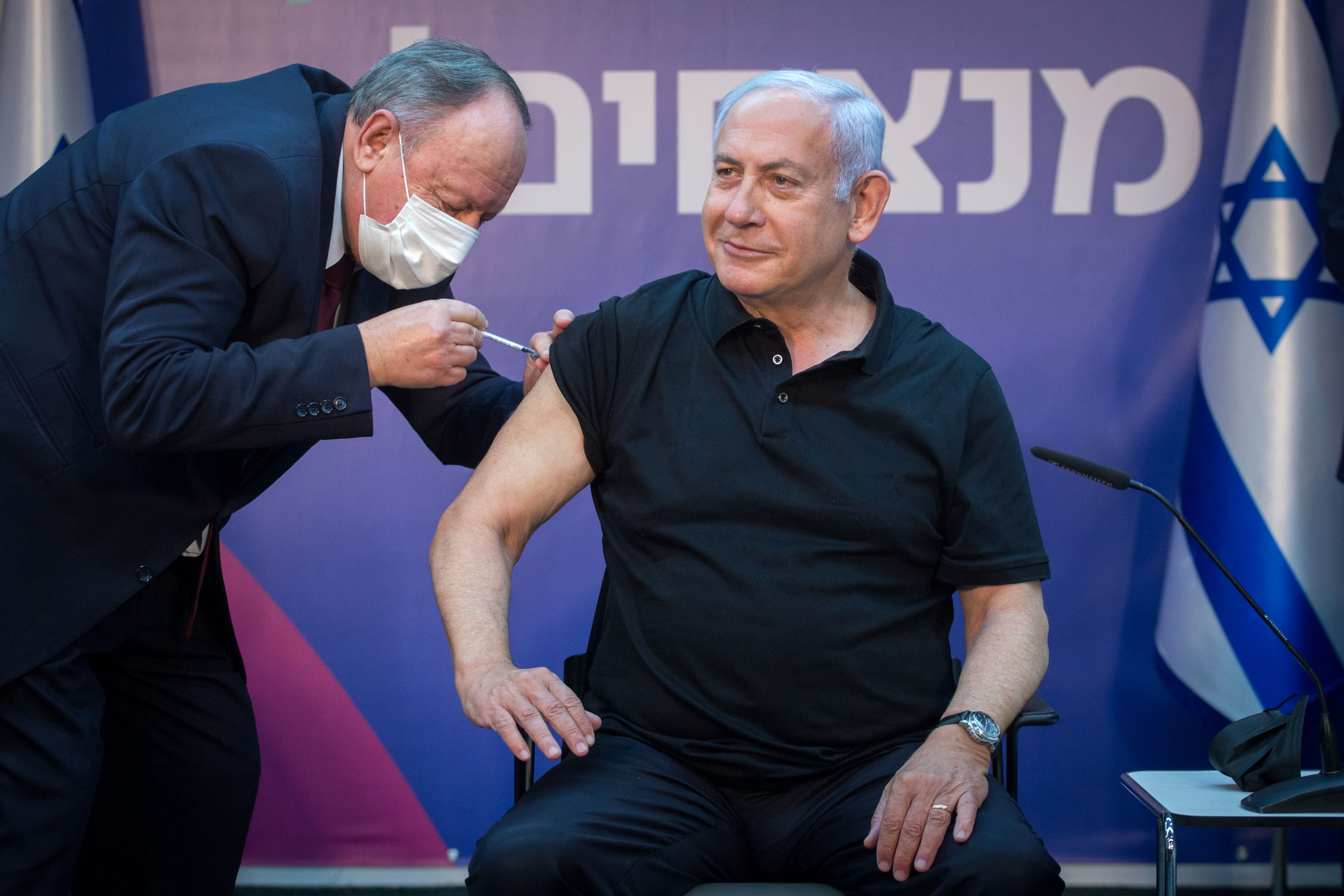 For the first time since the pandemic started, Israel now says more than a quarter of its most serious Covid-19 cases, where hospitalization is required, are in patients under the age of 60.The Israeli Ministry of Health is placing the blame squarely on a new strain first discovered in the United Kingdom last month.Dr. Itamar Grotto, the associate director-general of the Israeli Ministry of Health explained: “This is because the new U.K. variant is more infectious, mainly among young people and children.”The news that Israel’s hospitals now have a record amount of serious Covid cases came within 24 hours of Israel starting a “second dose” drive.  Prime Minister Benjamin Netanyahu became the first to get his second shot yesterday.Israel has been lauded by the global health community for moving so quickly to vaccinate. So far, almost two million Israelis have had their first shot, out of about 9 million people. Israel has a highly centralized health system, where everyone must register on a digital system — making it easier for the Ministry of Health to organize the vaccine drive throughout the country.Israeli Prime Minister Minister Benjamin Netanyahu receives the second dose of the coronavirus disease (COVID-19) vaccine at Sheba Medical Center in Ramat Gan, near the coastal city of Tel Aviv, on January 9, 2021.MIRIAM ALSTER | AFP | Getty ImagesDespite the success on the vaccine front, Israel is currently in its third nationwide lockdown due to the spreading virus.  Without downplaying the concern over the rising percentage of younger people hospitalized with serious infections, Grotto, an epidemiologist, points out that almost 70% of Israelis above the age of 60 have now received their first shot providing them with some immunity.CNBC contributor and former FDA head Dr. Scott Gottlieb has been eyeing trends in Israel and Europe since the pandemic began a year ago, and using them as a possible model for what could happen in the United States, including the relatively newly discovered U.K. variant.”If we can get the vaccine deployed we can probably head it off,” Gottlieb said, referring to the more dangerous, faster spreading strain. He thinks the recent and alarming spike in cases in the U.S. is more related to holiday travel and gatherings, “but the bottom line is we don’t have a good enough surveillance system to know with certainty,” Gottlieb said.   The U.K. variant, he said, is only officially accounting for 0.2% of U.S. cases. Gottlieb also warned U.S. health officials aren’t yet looking as carefully as they should for the increasingly dangerous strain that’s wreaking havoc on an overwhelmed South African health system.