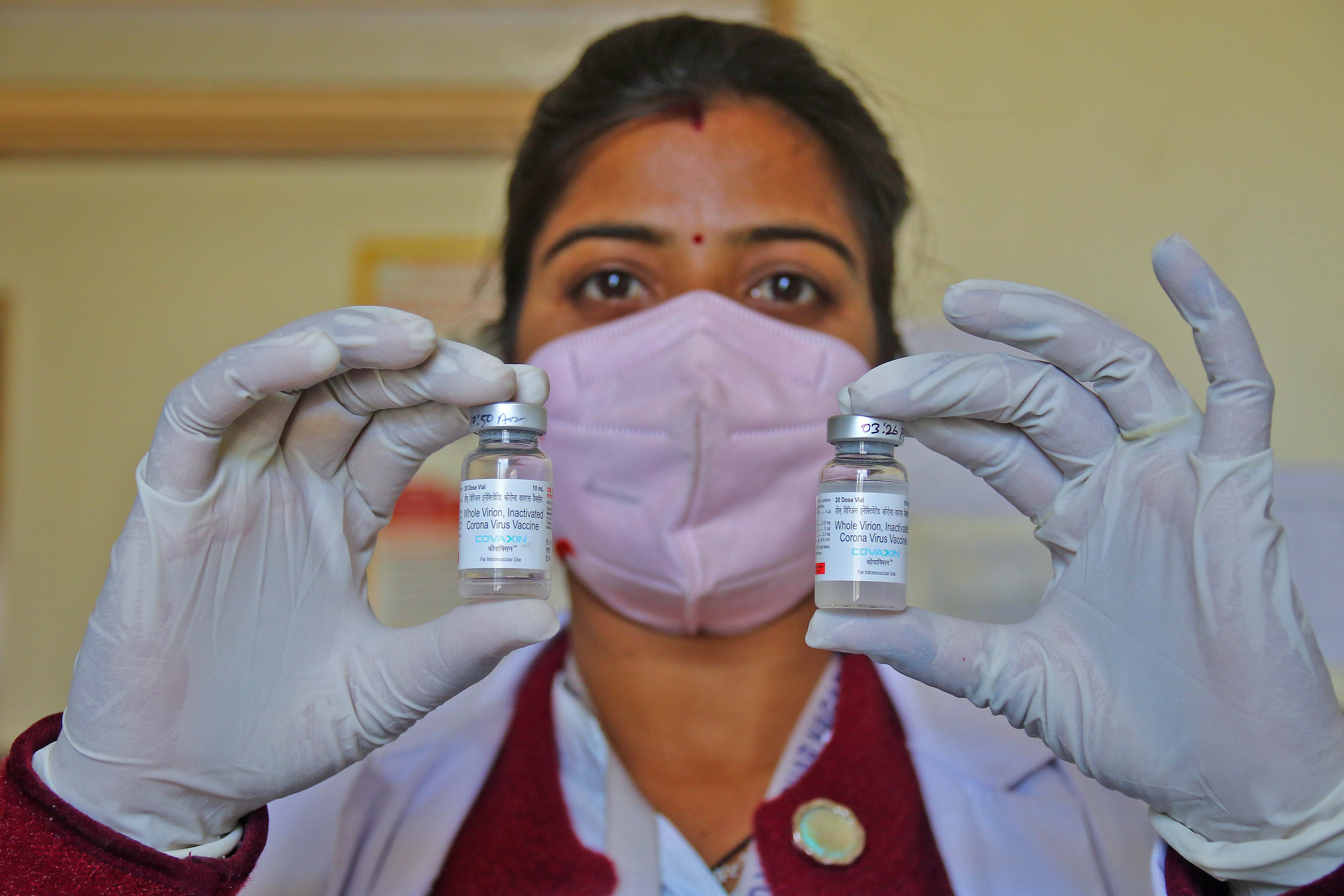 A medic holds Covid-19 vaccine Covaxin vials during the countrywide inoculation drive, in Jaipur, Rajasthan, India, Saturday, Feb. 6, 2021.Vishal Bhatnagar | NurPhoto | Getty ImagesIndia could become the world’s second largest Covid vaccine maker, and analysts say the country has the capacity to produce for both its own population and other developing countries.Most of the world’s vaccines have historically come from India. Even before Covid-19, the South Asian country produced up to about 60% of the world’s vaccines — and can do so at a relatively low cost.”India has been a manufacturing hub for vaccines … even before the pandemic, and should therefore be a strategic partner in the global inoculation against COVID-19,” JPMorgan analysts wrote in a report last month.Consulting firm Deloitte predicts that India will be second only to the U.S. in terms of coronavirus vaccine production this year. PS Easwaran, a partner at Deloitte India, said more than 3.5 billion Covid vaccines could be made in the country in 2021, compared to around 4 billion in the U.S.Furthermore, companies in India are currently scaling up production to meet demand.”We are expanding our annualized capacities to deliver 700 million doses of our intramuscular COVAXIN,” said Indian firm Bharat Biotech, which developed a Covid vaccine together with the state-run Indian Council of Medical Research.Covaxin has been approved for emergency use in India, but has been mired in controversy due to criticism that there was a lack of transparency in its approval, and also because it hasn’t published enough efficacy data.India vaccines suitable for developing worldAnother vaccine — known as Covishield in India and co-developed by AstraZeneca and the University of Oxford — has also been granted emergency approval in India. It is being produced locally by the Serum Institute of India (SII).According to Reuters, SII makes around 50 million doses of Covishield every month, and plans to increase production to 100 million doses a month by March.Other Indian companies have agreed to produce vaccines for developers such as the Russian Direct Investment Fund and U.S. firm Johnson & Johnson. To be clear, these vaccine candidates have not been approved for use yet.”Even without successful vaccine development from their own pipelines, available capacity provides opportunity to partner as contract manufacturers with approved vaccine developers to meet supply needs particularly for India and other [emerging markets],” the JPMorgan report said.With a proven track record on the scale at which vaccines are produced, India should be able ramp up production to meet international demand as well.Nissy SolomonCentre for Public Policy ResearchIndia’s vaccines will likely be more suitable for developing countries, said K Srinath Reddy, president of the Public Health Foundation of India.Some of the leading vaccines right now, such as the ones from Pfizer-BioNTech and Moderna, make use of messenger RNA technology (mRNA) which uses genetic material to trigger the body’s own infection-fighting process.Those vaccines require “stringent cold chain requirements” that will be difficult, or even “out of the realm of possibility,” for most health systems, Reddy said.Vaccines made in India are easier to transport and cheaper, putting the country in a better position than the U.S. and Europe when it comes to meeting demand in the developing world, he added.India’s ‘proven record’India’s huge production capacity also gives analysts confidence that the country can provide vaccines to other nations.New Delhi has pledged to send vaccines to its neighboring countries, and has already supplied 15.6 million doses to 17 countries, according to Reuters.”India’s manufacturing capabilities are sufficient to meet domestic demand,” said Nissy Solomon, a senior research associate at Centre for Public Policy Research (CPPR).”With a proven track record on the scale at which vaccines are produced, India should be able ramp up production to meet international demand as well,” she told CNBC.Solomon added that the country monitors domestic needs before making decisions on exports.Bharat Biotech, for its part, said it is “fully prepared to meet the needs of India and global public health.”Challenge of storing, distributing vaccinesHowever, there will be challenges as the country seeks to meet the vaccine demand in India and beyond.Jefferies equity analyst, Abhishek Sharma, wrote in a note that the rollout of vaccines in India has been slow. Even under the assumption that the speed of vaccinations will increase, Sharma estimates that only 22% of India’s 1.38 billion population can be vaccinated in a year.That’s roughly the number of people India wants to inoculate by July or August.”The supply of vaccines is not as much a problem as that of storage, distribution and vaccine uptake,” said CPPR’s Solomon.”India lacks the capacity to store and distribute to the masses at a scale as big as this,” she said, adding that the country should “strategically” choose vaccines that do not have to be stored at extreme temperatures.I would say that [these challenges are] more like speed breakers which will slow down the … program, rather than actual roadblocks which require the program to stop.K Srinath ReddyPublic Health Foundation of IndiaThe vaccines that India currently manufactures require normal refrigeration, but those produced by Pfizer-BioNTech need to be kept in extremely cold temperatures of minus 70 degrees Celsius (minus 94 degrees Fahrenheit), while those by Moderna have to be stored at minus 20 degrees Celsius (minus 4 degrees Fahrenheit).The “real challenge” is in the sheer number of people who need to be vaccinated, said Reddy from the Public Health Foundation of India.”This is the first time that an adult immunization program is being undertaken at such an unprecedented scale,” he told CNBC.He said immunization programs typically focus on vaccinating children and mothers, and logistics network may not be prepared to handle vaccines for entire populations.Reddy suggested that existing cold chain for food products could be used for vaccines, and was hopeful that this problem could be resolved.”I would say that [these challenges are] more like speed breakers which will slow down the … program, rather than actual roadblocks which require the program to stop,” he said.