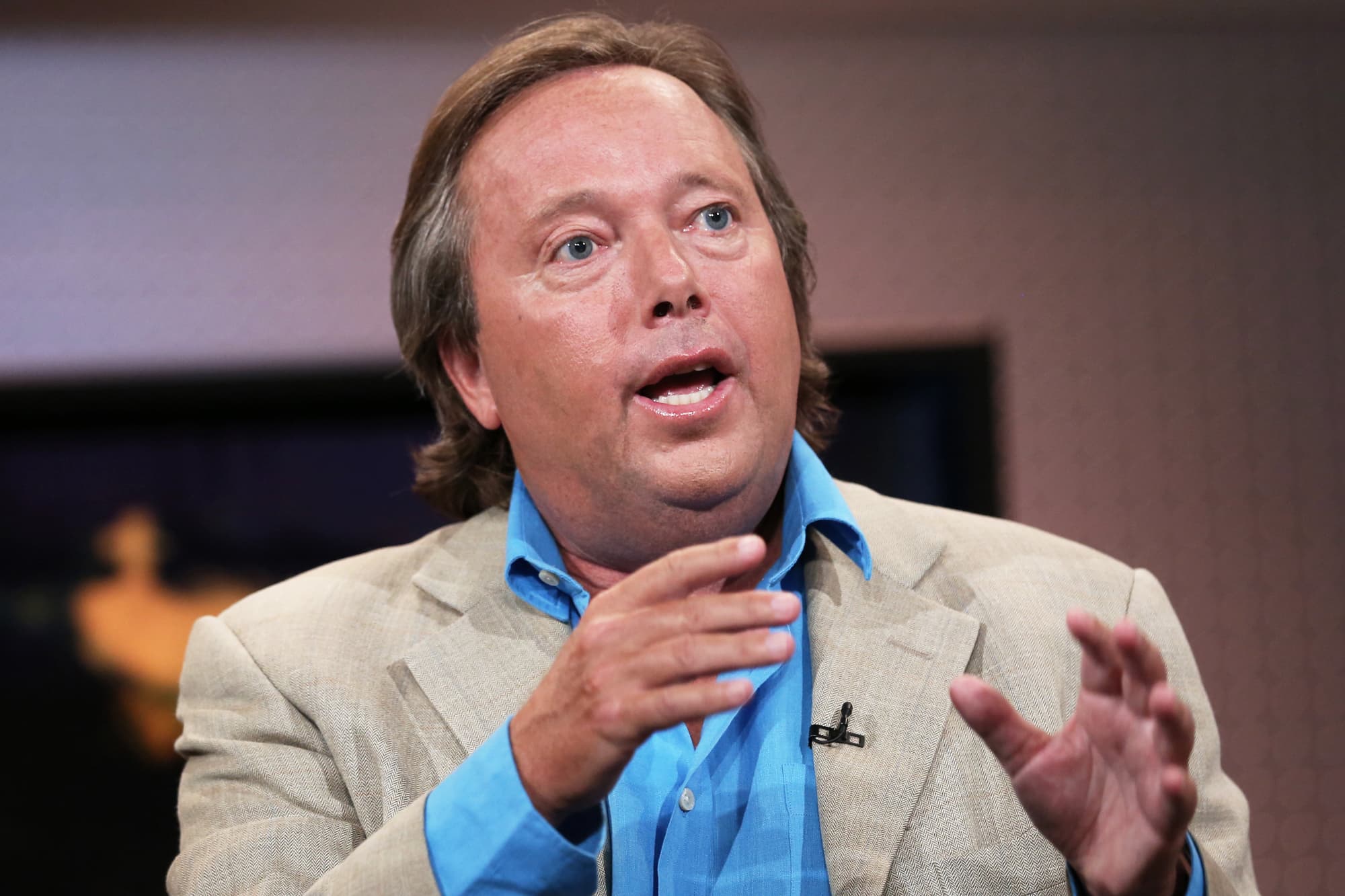 AMC Entertainment’s surging stock price has been good for Imax’s business, Imax CEO Richard Gelfond said Monday.”AMC is our partner, not our competitor,” Gelfond said on “Squawk Box.” “I think their valuation is driven by their fanbase and their fanbase loves Adam Aron, and they love the asset and they’ve driven that stock to the higher ranges of valuation — and, you know, good for him. We’ve been a beneficiary of that, because they’re our partner. They’re rolling out a lot of screens going forward, and their liquidity is good for us.”Imax, with operations across 84 countries and territories, has an “asset-like model” without real estate agreements or net debt making it an “entirely different kind of company” from AMC, Gelfond said. Shares of AMC have skyrocketed about 2,000% this year in a frenzy driven primarily by meme stock-obsessed retail traders. AMC raised new capital in the surge, including share sales in June of $230.5 million to Mudrick Capital Management and $587.4 million in an additional stock offering.The movie theater chain announced early last week it will not seek to issue more stock after input from its shareholders. That prompted Loop Capital Markets to say the investors are making a ‘huge mistake’ as Shareholders are usually not supportive of more stock offerings because more shares can dilute the value of current holdings. Gelfond’s comments came after a record Covid pandemic-era theatrical release of Marvel’s “Black Widow,” which took home $80 million at the domestic box office during its debut in 4,100 theaters. Around 81% of theaters were open to the public throughout the weekend, according to data from Comscore. The domestic release overtook ticket sales from Universal’s “F9” which received $70 million from its box office launch last month, which had replaced earnings from “A Quiet Place Part II.””Black Widow” tallied $78 million from international ticket sales, outside North America.”It’s a really good, predictable pattern,” Gelfond said. “I’ve always said it’s not going to be a switch. It’s not gonna be one day we’re back to normal. It’s more like a faucet. From my perspective, it looks like the faucet’s working very well.”Imax made $12 million globally, including North America, on “Black Widow” over the weekend. In a press release, the company said the blockbuster movie “broke pandemic-era records for Imax across the board.”Walt Disney also reported more than $60 million in global sales for “Black Widow” through Disney+ Premier Access, marking the first time Disney reported simultaneous streaming revenue. However, Dsney’s next Marvel film “Shang-Chi and the Ten Rings” is headed for a theatrical release only.Looking ahead, Gelfond believes the theater industry will consolidate further around tentpole films like “Black Widow,” with mid-level and smaller films being shown through streaming-only releases.”I think the mix in multiplexes will change in terms of the kind of films, but the blockbusters are going to drive the multiplex business, and certainly Imax’s business,” Gelfond said.