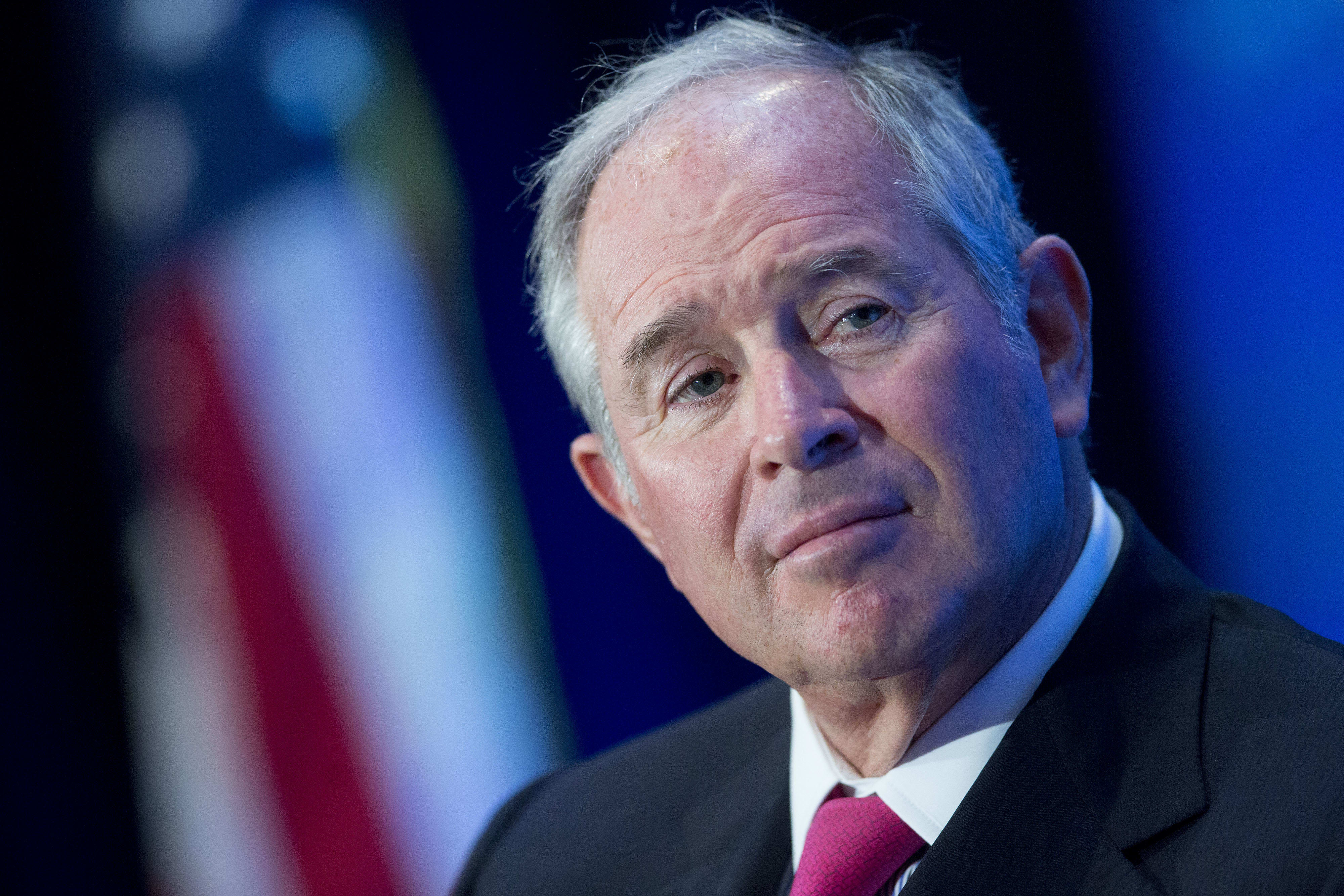 Stephen ‘Steve’ Schwarzman, co-founder, chairman and chief executive officer of Blackstone Group LP.Andrew Harrer | Bloomberg | Getty ImagesBlackstone co-founder Stephen Schwarzman on Tuesday said he’s hearing that Chinese officials are working quickly to shut down outbound shipments of illicit fentanyl and fentanyl-related substances.”There’s a huge reorganization going on in China regarding fentanyl to try to shut it down,” said Schwarzman, who said he had conversations with authorities, whom he did not identify, during a trip to China three weeks ago. “And if what they said is true, you will see this really going down quickly,” he told CNBC’s “Squawk Box.”Fentanyl is a synthetic opioid 50 times more potent than heroin that has played a role in fueling the U.S. opioid crisis. The Department of Homeland Security was considering labeling fentanyl as a weapon of mass destruction earlier this year.U.S. officials claim China is the main source of illicit fentanyl that is trafficked into the U.S. Stopping shipment of the drug from China to the U.S. has been a focal point of conversation for President Donald Trump and Chinese President Xi Jinping as the two world leaders attempt to hash out a trade deal.Trump has even called on major package carriers FedEx, UPS and Amazon to “search for & refuse” packages from China that contain the drug.Sen. Rob Portman, R-Ohio, in a separate interview on “Squawk Box” on Tuesday blasted Beijing for its alleged role in the shipment of the illicit drug. He said fentanyl has been so dire for Americans that he raised the issue with senior officials.”China for years has been sending us this poison through the mail system,” Portman said. “They’ve done little to stop that, and they have the power to do that.”Portman said even now, U.S. officials don’t have the information required on shipments coming into the country to identify illicit fentanyl and fentanyl-related substances. “It’s one of the irritants in the relationship” between the U.S. and China, he said.

Bugatti reveals its most powerful supercar yet: The $10 million Centodieci