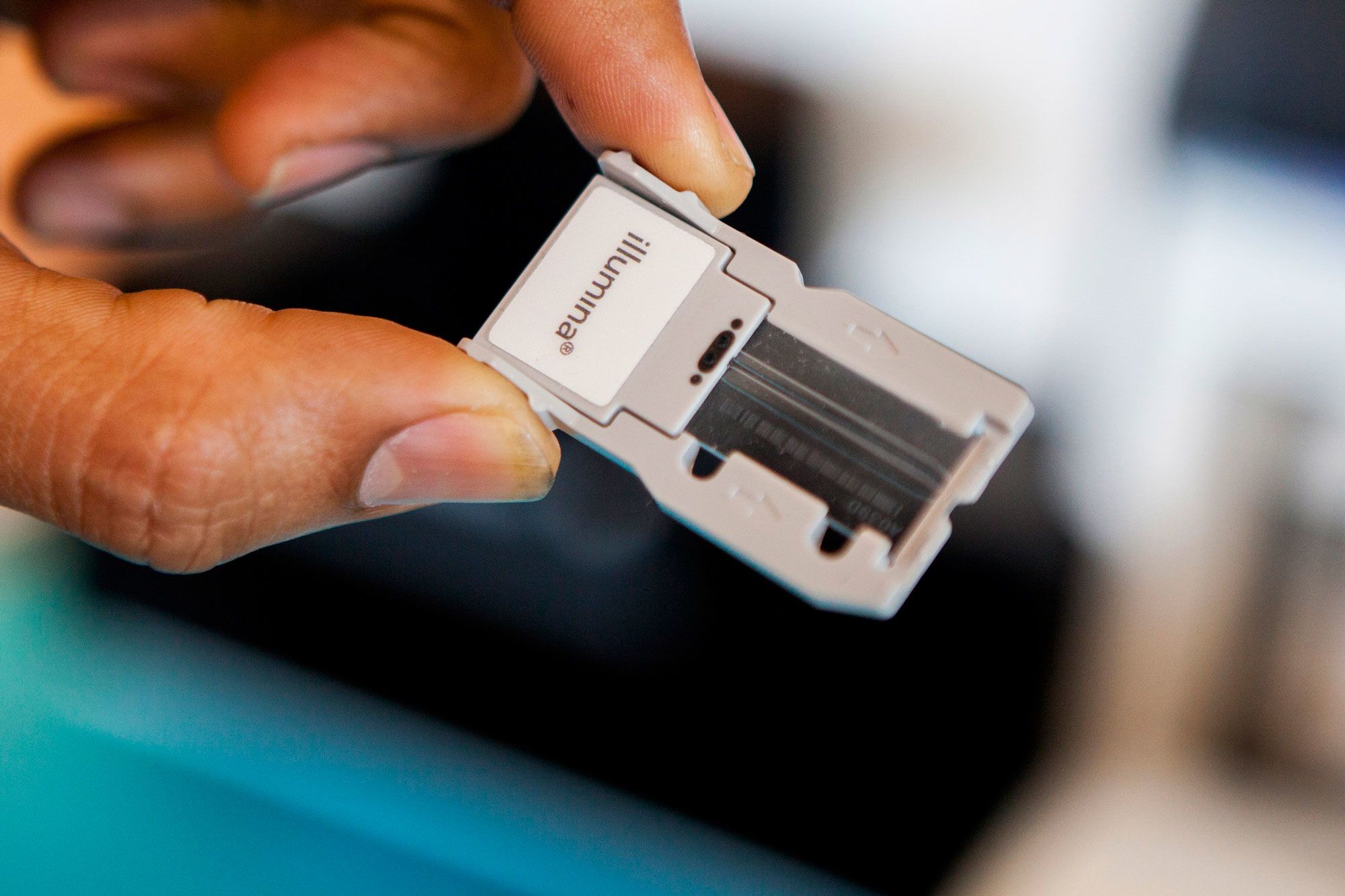 A sales consultant with Illumina displays a flow cell at a symposium in La Jolla, California.

Shares of Illumina dropped more than 16% in extended trading after the genetics company slashed its full-year guidance and previewed disappointing second-quarter revenue.

Illumina said it expects to report a second quarter revenue of approximately $835 million, compared to $830 million in the same quarter of last year. Analysts had projected $887.9 million in revenue, according to Refinitiv consensus estimates.

For the full year, Illumina said it now expects revenue to grow about 6%. That’s far below its previous projection for about 13% to 14% revenue growth in fiscal 2019.

The company said the second quarter results were impacted by population genomics initiatives which did not close in the second half of June as expected. Illumina also reported weakness in the direct-to-consumer market.

“We are obviously disappointed with our second quarter financial results. Our preliminary analysis suggests that these challenges are transitory and do not reflect a macro change to the fundamentals of our business,” said Francis deSouza, president and CEO of Illumina. “Despite our shortfall this quarter, we remain as enthusiastic about the long-term growth prospects for our markets as we have ever been, and are committed to setting the industry’s bar for consistency and execution in the dynamic and rapidly growing world of genomics.”

Illumina expects to report its full second-quarter results on July 29.