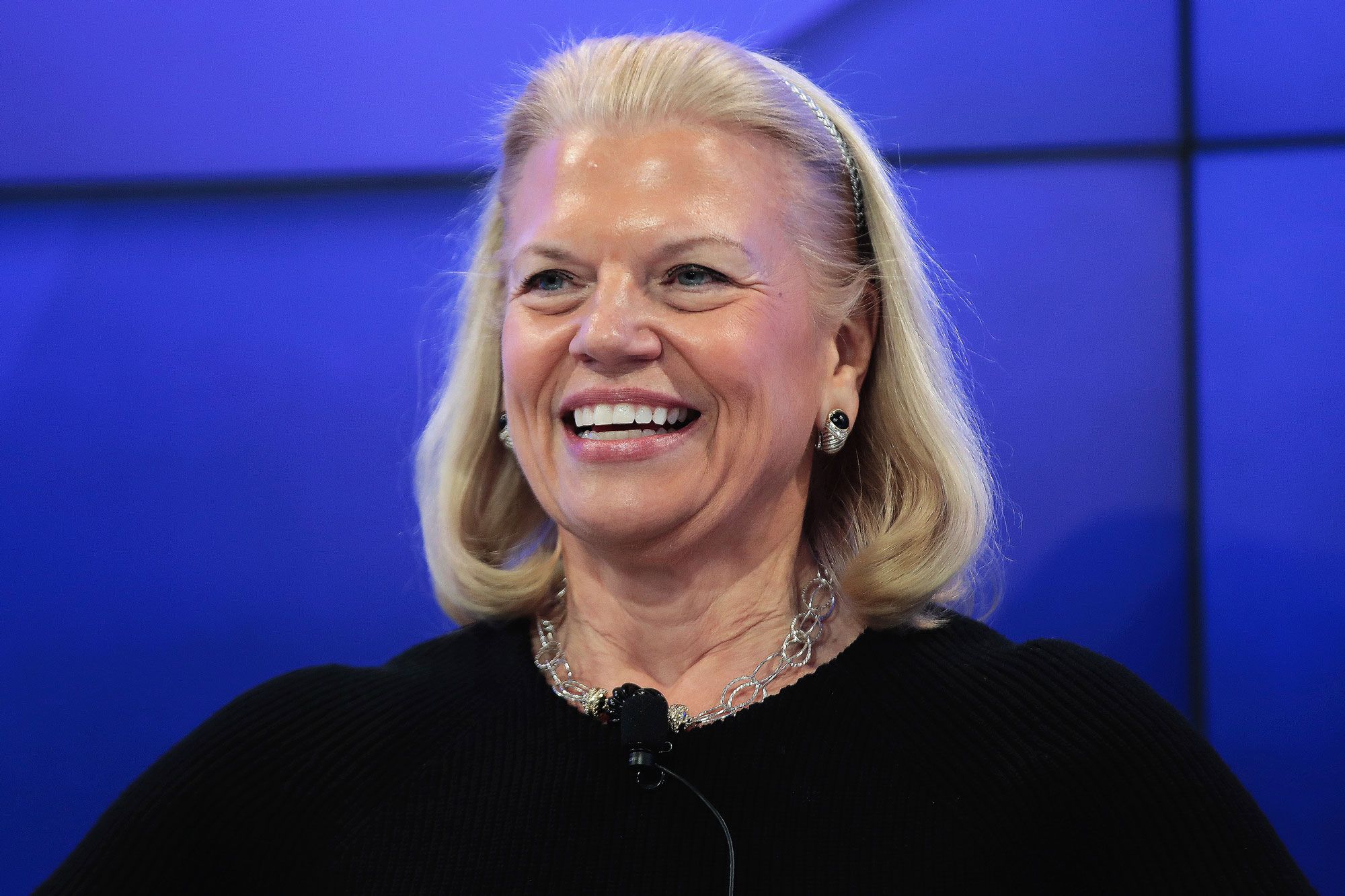 Shares of IBM rose as much as 4% on Wednesday after the company reported better-than-expected second-quarter earnings.

IBM’s revenue fell 4% from a year earlier even as earnings grew 3%, the company said in a statement. Year-over-year revenue has now declined for the fourth quarter in a row.

IBM’s biggest business segment, Global Technology Services — which includes technology support services as well as infrastructure and cloud services — produced $6.84 billion in revenue, down almost 7% and below the $7 billion consensus estimate among analysts surveyed by FactSet.

The GTS business is “declining ~3% as the company repositions this portfolio for higher profitability and growth,” Stifel analysts led by David Grossman wrote in a note on July 9. “Declines are likely to remain at these levels through most of this year as the company exits lower margin capital intensive business and culls low growth/margin relationships from the portfolio.”

The Cloud and Cognitive Software unit — including cloud and data platforms, cognitive applications and transaction processing platforms — contributed $5.65 billion in revenue, above the FactSet consensus estimate of $5.55 billion.

Systems revenue totaled $1.75 billion, down almost 20% and shy of the $1.82 billion mean FactSet estimate. IBM said growth from Power product line more than offset impact from “product cycle dynamics” in the company’s storage and Z mainframe-computer products. The Z line in past quarters helped to lift IBM’s revenue as businesses made upgrades, but now it making for tougher comparisons.

In the second quarter, IBM announced a partnership with Cloudera and the sale of commerce and marketing software properties to funds advised by affiliates of Centerbridge Partners. The company also announced layoffs.

“Earlier in July, we reduced our EPS estimates while noting the risk that management might need to walk back its EPS expectations,” Argus Research analyst Jim Kelleher wrote in a note distributed to clients on Thursday. “Even with the Red Hat acquisition, we remain concerned that IBM may have lost momentum in its strategic transformation.” Kelleher has a hold rating on the stock.

IBM reiterated full-year guidance of at least $13.90 in earnings per share, excluding certain items like Red Hat. That’s inline with analyst estimates, according to Refinitiv.

The company said it will provide information on the impact of Red Hat on August 2.

Executives will discuss the results with analysts on a conference call at 5 p.m. Eastern time.

WATCH: CEO Ginni Rometty: ‘Red Hat is a play that helps all of IBM’

WHO declares global emergency as deadly Ebola outbreak in the Congo spreads
No ‘Friends,’ ‘The Office’ means Netflix can spend more on own shows
To Top
error: Content is protected !!