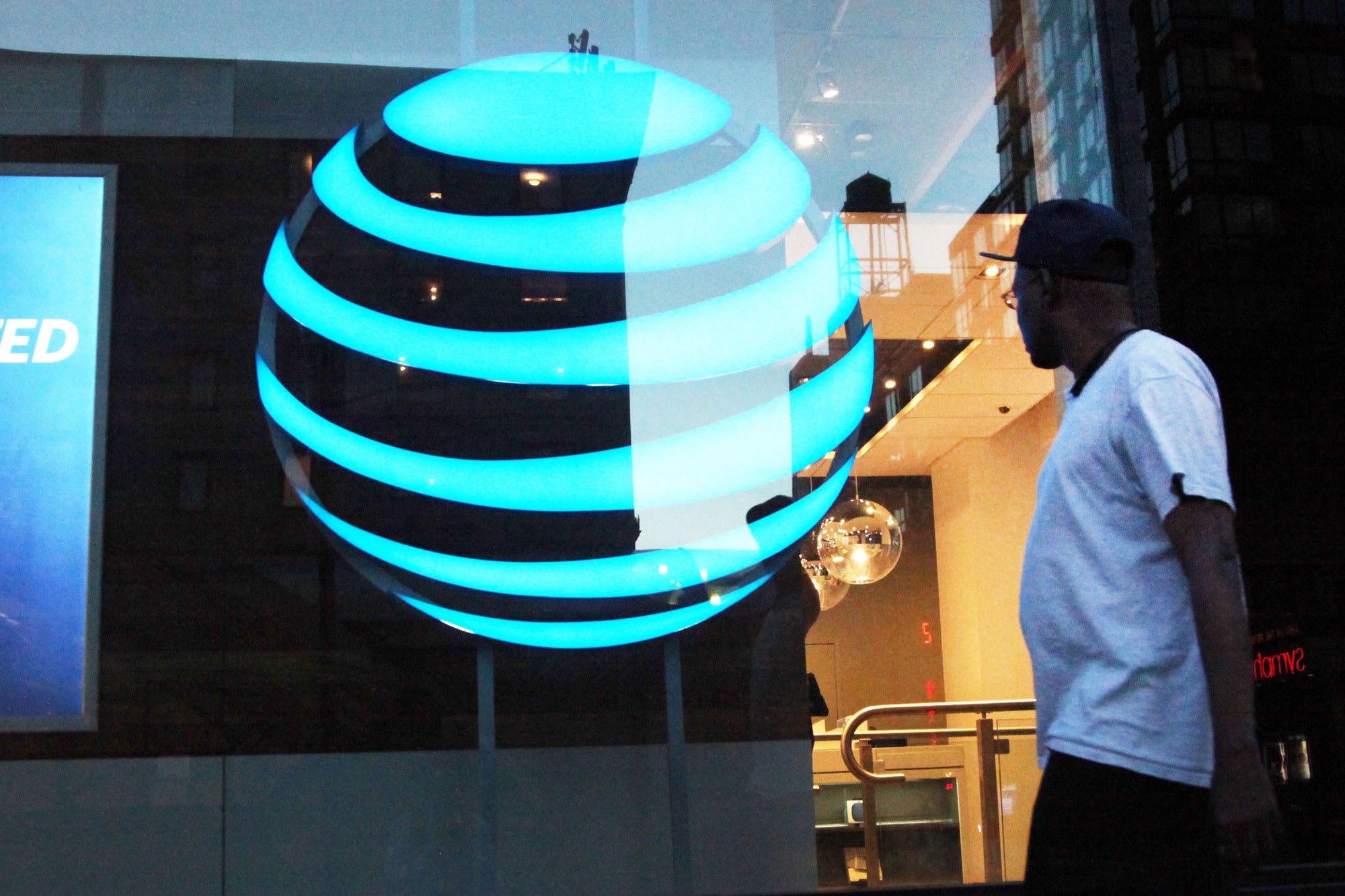 CNBC’s Jim Cramer said Tuesday that AT&T should work with the hedge fund that recently took a multibillion-dollar stake in the company.Elliott Management, the same activist firm that helped improve value in eBay this year, is an organization that can spark the needed interest of big fund investors, the “Mad Money” host said.While shares of the telco giant are up more than 31% this year, the stock is up just 3% since AT&T announced it would acquire DirecTV in May 2014, according to FactSet.”AT&T’s a cheap stock, trading at less than 10 times next year’s earnings, 5.5% yield that I believe is safe and now, finally, thanks to Elliott, a catalyst,” Cramer said. “That’s why I think you should be buying the stock. I bet the upside is huge, even with just a little bit of improvement.”Elliott is urging that the technology conglomerate slim down its noncore holdings, pay down debt and boost operational efficiency. The activist fund laid out its stance in a Monday announcement that detailed its $3.2 billion investment in AT&T.The firm is also calling to hire third-party consultants to review AT&T’s operations and discover areas to reduce inefficiency and increase margins.Elliott is sure that changes could lead to earnings of $4.60 per share by 2022, $1 higher than current analyst estimates.”I think these Elliott guys are smart. They work hard to get to know their targets, they have enough resources to work with the best people … and they’ve relentlessly focused on creating value,” Cramer said. “That’s why they’ve got such a fabulous track record.”The host said Wall Street had lost faith in Randall Stephenson, who became CEO in 2007, and management’s vision to diversify the telecommunications provider into media. AT&T moved to acquire DirecTV in 2015 and TimeWarner in 2018, spending a combined $176 billion for both assets and adding a load of debt to its balance sheet.Cramer noted that shares of AT&T have climbed just $3 since 2012, closing $37.58 in Tuesday’s session. Elliott points out the stock has lagged the S&P 500 by 114% and its rival Verizon by 88% over the past decade.AT&T’s shareholders is made up mostly of individual investors who recognize the household name that pays a nice dividend, the host continued. Most hedge funds and mutual funds don’t want to own the company, he said.With a shake-up in operations, Elliott believes that AT&T’s stock will rise to $60 in less than 2½ years.”If everything goes right here, the upside potential is just too good to ignore and too good for me to just gloss over. If Elliott somehow fails anyway, I think the risk is minimal” because of the 5.5% yield, Cramer said.AT&T didn’t immediately respond to CNBC’s request for comment.WATCH: Cramer gives his thoughts about Elliott Management’s $3.2 billion stake in AT&T