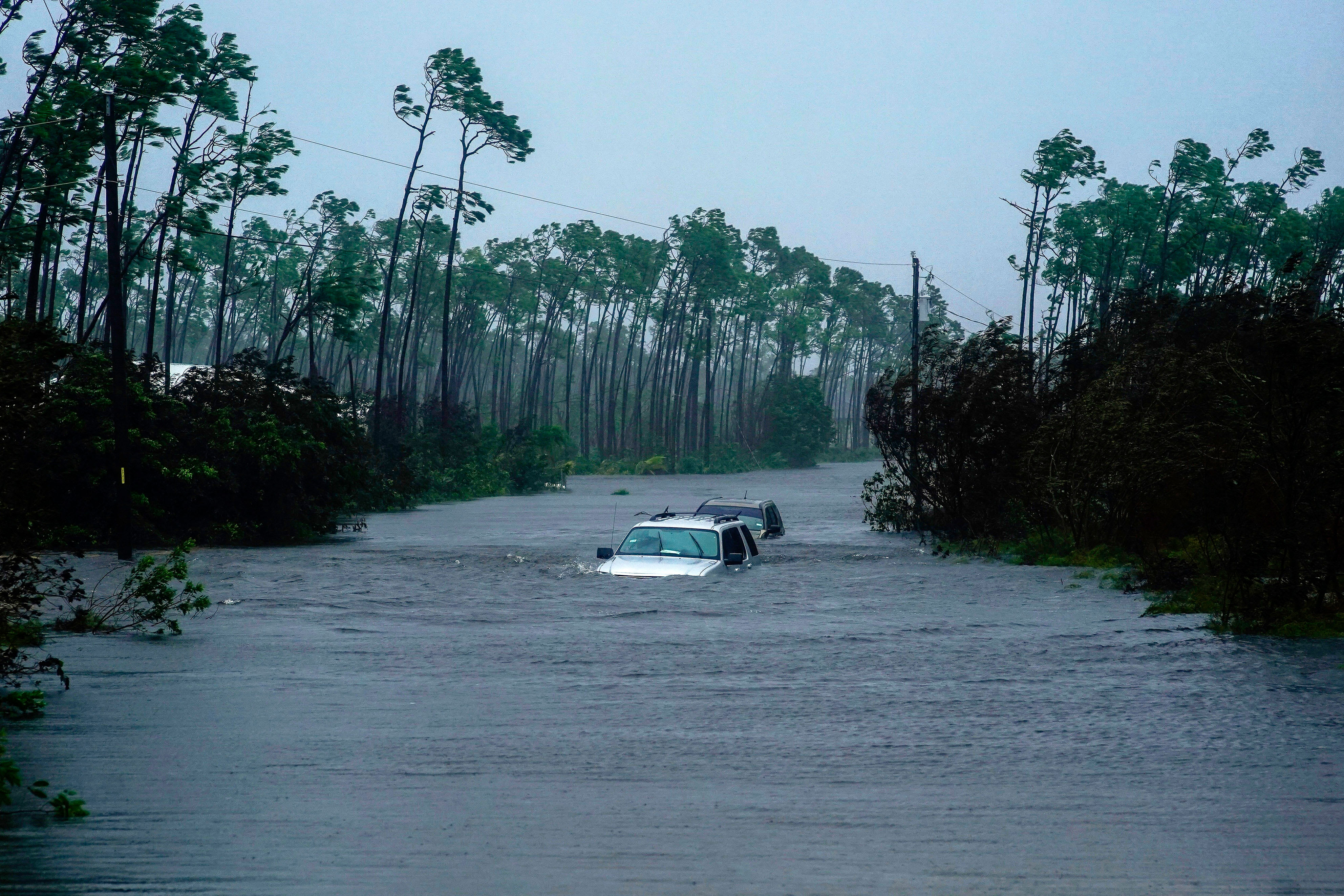 Hurricane Dorian has hammered the Bahamas for a day and a half in a devastating onslaught that’s flooded neighborhoods, destroyed homes and left five people dead.

Dorian, one of the most powerful Atlantic hurricanes on record, is stalled out and barely moving as it pummels Abaco and Grand Bahama. The storm’s stalling has raised questions about the role of climate change in producing more intense and slower-moving hurricanes.

“It is no coincidence that the strongest storms on record globally, in both hemispheres … have all happened during the last few years when global sea surface temperatures have been at record levels,” said Michael Mann, a climate scientist and director of Penn State University’s Earth System Science Center.

“Human-caused climate change is visibly intensifying hurricanes and increasing the damage they are doing,” he added.

Recent research shows that climate change is triggering more intense tropical storms that produce more rainfall and flooding. While global warming doesn’t necessarily increase the number of hurricanes, it does make those storms stronger and more deadly, according to National Climate Assessment reports.

Now, hurricanes are increasingly stalling when they make landfall, wreaking havoc on targeted areas. Exactly how the stalling storms are connected with global warming is still an area of debate among scientists.

The pace of tropical storms making landfall has slowed during the last few decades, which has lead to greater rainfall and flooding in affected areas, according to a 2018 study by Jim Kossin of the University of Wisconsin. A 2019 study by NASA and the National Oceanic and Atmospheric Administration, or NOAA, also showed that North Atlantic hurricanes have been moving slower and stalling more over the past seven decades.

“Dorian stalling is consistent with the long-term trend driven by climate change,” said Jeff Nesbit, executive director of Climate Nexus and author of “This Is the Way the World Ends.”

“But scientists will have to analyze whether the particular weather patterns holding Dorian in place are consistent with dynamics driven by climate change.”

In 2017 Hurricane Harvey flooded parts of Houston with 60 inches of rainfall after the storm stalled out when it hit land. Hurricane Florence stalled in 2018, inundating parts of North Carolina’s coast.

Injured people from a clinic in Great Abaco Island’s Marsh Harbour arrive after being evacuated in a U.S. Coast Guard helicopter to be treated in Nassau, Bahamas in a still image from video September 2, 2019.

Now, the trend is apparent with Dorian, which has parked itself over the Bahamas at a near standstill, with sustained winds as high as 180 mph.

Hurricanes are steered and carried by large-scale wind flows. If those winds slow down or change directions, it affects how fast hurricanes move and where they end up hitting land.

“We are seeing a trend, for example Harvey, Florence and now Dorian, for hurricanes to stall after they make landfall. There may be a climate change connection here, though the science is still being debated,” Mann said.

Global warming has also increased water temperatures, creating a higher potential for tropical cyclones to develop. As humans continue to release greenhouse gases into the atmosphere, research shows that the likelihood of more intense storm activity will increase.

“Dorian is near perfect from a meteorological perspective, horrific from a threat perspective. And undoubtedly fueled by bathtub-warm sea surface temperatures tied to human-caused climate change,” Mann said.

While the exact toll of Dorian’s destruction in the Bahamas will not be clear until the storm passes and rescue crews can enter the island, it’s already apparent that recovery could take years and cause insurance industry losses of up to $25 billion, according to analysts at UBS.

As many as 13,000 homes in the Bahamas may have been destroyed or severely damaged, the International Federation of Red Cross and Red Crescent Societies said. The tourism industry on the island will also be affected, leaving a deficit in economic funding to the area.

“We are in the midst of a historic tragedy in parts of our northern Bahamas,” Bahamian Prime Minister Hubert Minnis told a news conference on Monday. “Our mission and focus now is search, rescue and recovery.”

Dorian was expected to move toward Florida at the end of the day, before hitting the coasts of Georgia, South Carolina and North Carolina by late Thursday. Nine counties in Florida have issued mandatory evacuations.