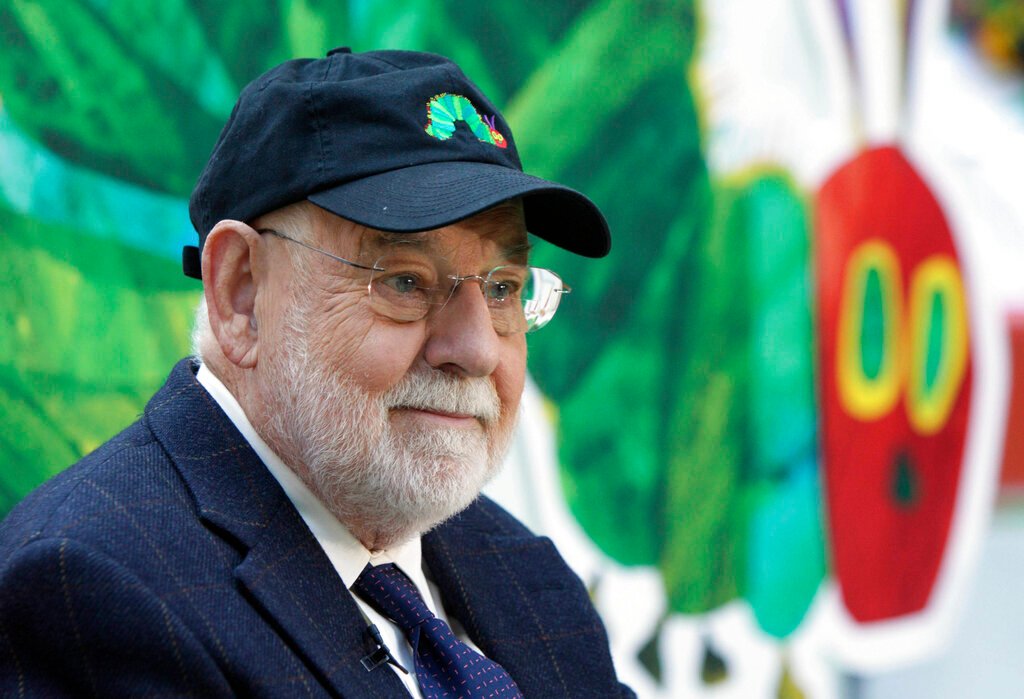 To receive Morning Links in your inbox every weekday, sign up for our Breakfast with ARTnews newsletter.
The Headlines
ERIC CARLE, THE REVERED ILLUSTRATOR AND AUTHOR of children’s books, has died at the age of 91. The artist’s audience was huge: He sold more than 170 million copies of his more than 70 reliably charming books, the New York Times reports. His best-known work, 1969’s The Very Hungry Caterpillar, did more than 55 million units in upward of 70 languages. In 2002, Carle and his wife, Barbara, inaugurated the Eric Carle Museum of Picture Book Art in Amherst, Massachusetts. Carle was born in Syracuse, New York, in 1929, but his family soon moved to Germany, and he grew up amid World War II. A teacher introduced him to the art of vanguard figures the Nazis labeled as “degenerate,” like Matisse and Picasso, but warned the future artist not to discuss their work, the Washington Post writes in its obituary.

AFTER THREE SUICIDES IN 15 MONTHS, the 150-foot-tall Vessel in New York’s Hudson Yards closed to the public in January. Now it is coming back on Friday, with a few changes, CNN reports. Solo visitors will be prohibited, staffing will be tripled, and suicide-prevention signage will be added. One thing that will not be changed is the size of the fencing on the platforms of the Thomas Heatherwick–designed architectural folly. “We don’t think this is good enough,” Lowell D. Kern, the chairman of Community Board 4, told the New York Times. “The only way to prevent future tragedies is to raise the height of the barriers.” Tickets at most times will now cost $10 (they were free), which Hudson Yards said will go toward the cost of the additional staffing.
The Digest
The Smithsonian will begin the final phase of its reopening next month, welcoming people back to 10 museums in stages. Among those yet to return are the National Museum of African Art and the National Museum of Asian Art Freer Gallery, which are on the calendar for July 16. [The Washington Post]
Allegations of censorship have been levied after a revamp of an architectural installation in Hong Kong led to the disappearance of the words “Hong Kong” and “independent” from text included in the piece. A spokesperson for the officials involved has not commented directly on the sudden absence of those words. [South China Morning Post]

Corporate governance documents can reveal the most remarkable things. A property investment company in Singapore noted that it had invested in a Jeff Koons piece. And a Hong Kong firm stated that it spent some $1.1 billion on what were said to be Tianhuang stones; they were, in fact, almost worthless. [Bloomberg]
The Bienal de São Paulo has tapped about 90 artists for its latest edition, which was delayed by the pandemic. They include Abel Rodríguez, Lee “Scratch” Perry, and Deana Lawson. [ARTnews]
The estate of John Baldessari is now represented worldwide by Sprüth Magers, of London, Berlin, Cologne, and Los Angeles. It will continue to work with Mai 36 in Zurich and Greta Meert in Brussels, but not Marian Goodman. A Baldessari show opens at the gallery’s L.A. branch next month. [Financial Times]
The Van Gogh Museum in Amsterdam is partnering with Britain’s Floral Street brand to create fragrances inspired by the artist’s work. [Blooloop]
The Kicker
IF YOU FEEL THAT YOU HAVE BEEN LESS THAN PRODUCTIVE during the pandemic, you are not alone. One of the world’s greatest artists feel that way, too. While her friends Julie Mehretu and David Hockney seemed to be making art at a fast clip, Tacita Dean most decidedly was not, she told the Guardian. “Well, you have all this free time, and you think, ‘How am I going to use it? Am I going to be one of these people who makes a drawing every day?’ And of course I wasn’t. I was useless! ” [The Guardian]
Thank you for reading. We’ll see you tomorrow.

Crowds Flock to ‘Spiral Jetty,’ Warhol NFTs Net $3.38 M., and More: Morning Links from May 28, 2021
Anna Halprin, Dancer Who Nurtured Generations of Artists, Has Died at 100
To Top
error: Content is protected !!