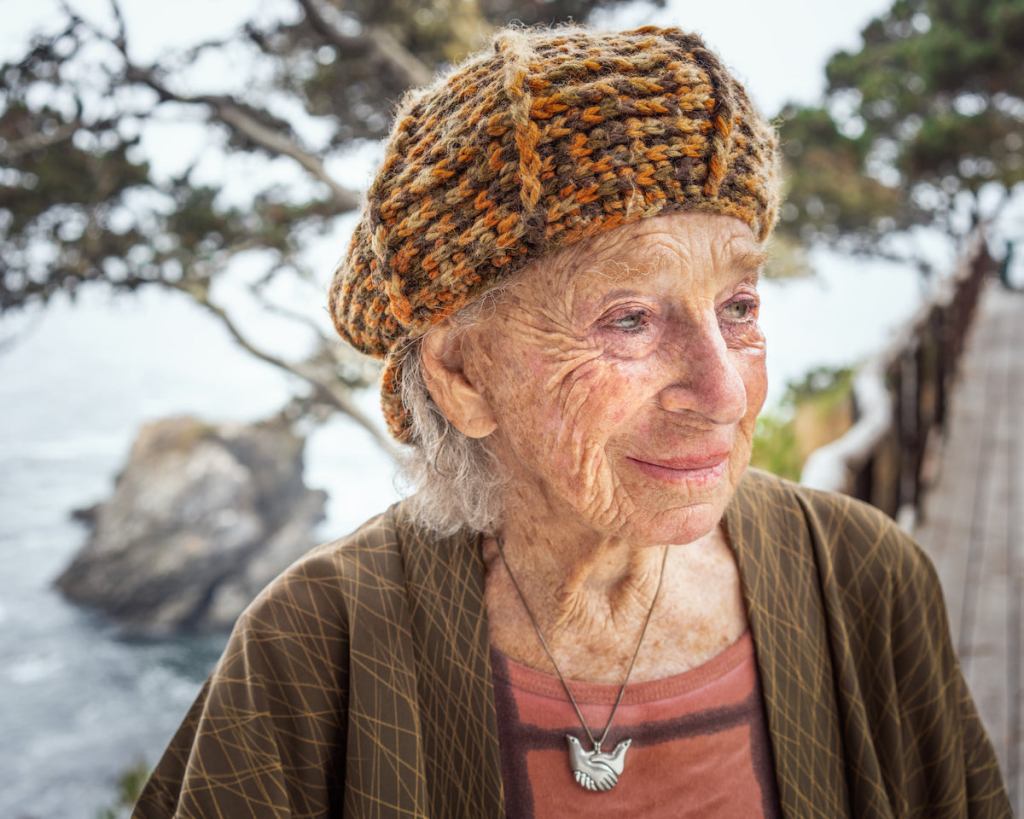 Anna Halprin, an acclaimed dancer whose performances of the 1950s and ’60s inspired multiple generations of artists, has died at 100. Her daughter, Daria Halprin, confirmed the news in a Facebook post, writing, “All who have danced with her, studied with her, and supported her work have blessed her life and will continue to bless her spirit.”
Based in the Bay Area in Northern California, Halprin made her name with work developed during a transitional period after the height of modern dance. In the ’50s and ’60s, artists in California and New York began creating open-ended choreographies that made use of quotidian movements, effectively democratizing dance. The Judson Dance Theater in New York has historically been seen as the nucleus of this avant-garde activity, but there has been a significant push in recent years to consider Halprin and her circle as an important forerunner to it.

“One might never stop drawing lines of influence from Halprin, an early teacher of several of the artists who would go on to form the Judson Dance Theater,” critic Claudia La Rocco wrote in Artforum in 2018. “The origin story of the 1960s movement has long been enshrined: California dance deck + New York composition class begets art revolution.”
In that essay, La Rocco identified Simone Forti as one of the primary artists to absorb Halprin’s interest in chance operations, indeterminacy, and word scores in which text dictated the movements of performers. Among the artists who studied with Halprin were Robert Morris, Theresa Hak Kyung Cha, Carrie Mae Weems, Janine Antoni, Meredith Monk, Trisha Brown, and Yvonne Rainer.
In addition to her decades of teaching and mentorship, Halprin developed a new technique that would become integral to the history of dance. Starting in 1953, with her husband Lawrence, Anna Halprin built a raised wooden structure in a forest in Kentfield, California, that came to be known as a “dance deck.” Trees grew through the open-air deck in certain places, and an audience could watch dancers perform from tiered seating. The dances that took place there were constantly subject to change, owing to collaborators who could provide input via a process that Halprin termed “instant theater.” Later on, Lawrence labeled the technique “RSVP,” with its core tenets being resources, scoring, “valuaction” (a critical evaluation of the value of the work), and performance.

Of her dance deck, Halprin once said, “I began to simply shed all of my old patterns, and I had to start anew with new ideas of what is the nature within me and how did that nature and my nature interface. That’s where I began to develop a new approach to movement.”
Among those who performed on the dance deck was famed dancer Merce Cunningham. Documentation of  performances that took in the same context was included in Documenta 14 in Kassel, Germany, in, 2017.
Part of Halprin’s practice also involved engaging pressing social and political issues in her workshops and dances. In 1965, following the Watts Riots, she formed a multiracial dance troupe. Later works included HIV-positive dancers and members of under-represented communities in the Bay Area.
While Halprin’s dances have always been important to artists and the art world, documentation of them has begun appearing more frequently in museums and biennials in recent years. Photography of her performances was shown at 2018 survey of the Judson Dance Theater at the Museum of Modern Art and the 2017 Venice Biennale.