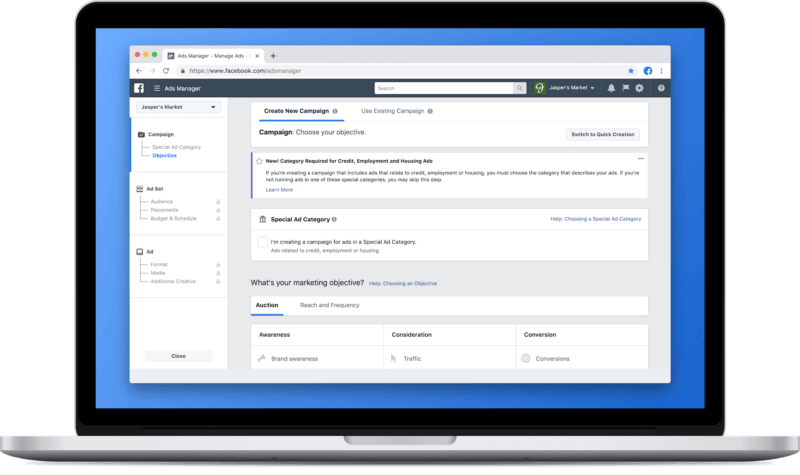 “Instead, advertisers will be able to create a Special Ad Audience, an audience based on similarities in online behavior without considering things like age, gender or zip code,” wrote Facebook on the Facebook Business blog.

Any marketers managing ad campaigns for housing, employment or credit products and services need to begin using the Special Ad Category option in the Ads Manager or run the risk of their ads being stopped. Facebook said it will review ads mostly via an automated process, but supported by human reviews: “Mistakes will happen, but we continue to improve the ads we review.”

Advertisers running housing, employment or credit ads who have used Facebook’s Lookalike Audiences in the past will now have to create new “Special Ad Audience” lists based on the new restrictions.

Facebook’s efforts to remove ad targeting options for housing, employment and credit advertisers are the result of a settlement the company reached with civil rights groups earlier this year who charged Facebook with allowing discriminatory ads on its platform. Facebook first began rolling out the restrictions in March, and last week, reported it was adding the “Special Ads Category” to its Marketing API.

Why marketers should embrace data privacy, rather than view it as an obstacle
Study indicates drastic improvements to managed inbox optimization
To Top
error: Content is protected !!