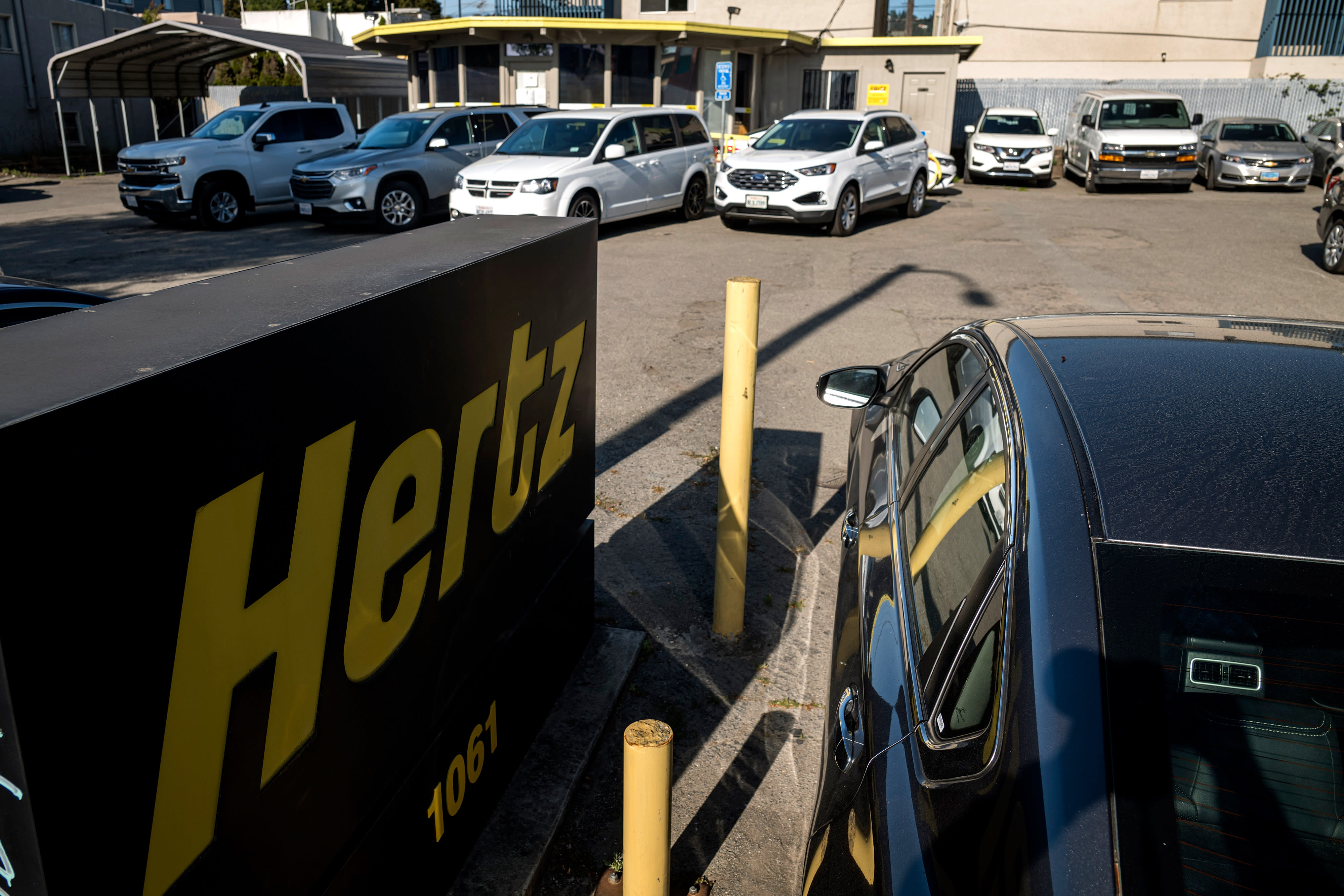 CNBC’s Jim Cramer warned new investors Tuesday about the serious risk of buying the stock of companies that filed for bankruptcy such as Hertz. “You may think a stock like Hertz or Chesapeake looks like a steal at these levels, but the only people being robbed here are you the buyers,” the “Mad Money” host said, referencing Chesapeake Energy amid reports it is preparing its own filing. Shares of car rental company Hertz ended Tuesday’s session at $4.18 after falling 24%. But the stock had surged Monday and continues to trade higher than when it filed for Chapter 11 reorganization in late May, Cramer noted. Cramer said it is “highly unlikely” that Hertz, as a business, goes away in its bankruptcy. But the company’s bondholders will be the first in line to get a piece of the post-bankruptcy Hertz. Owners of the common stock, on the other hand, “are at the bottom of the bankruptcy pecking order,” Cramer said. “If you Hertz here at $4, you’re buying the old Hertz with $19 billion in debt that it can’t repay,” Cramer explained. “Since the creditors can’t collect, they’re going to seize the collateral, which is the business. So this $4 stock will most likely just be cancelled.” That is a reality well-known by people like legendary activist investor Carl Icahn, Cramer said. Icahn held a nearly 39% stake in Hertz but dumped it last month after the company filed for bankruptcy. “Believe me, if there was a real chance the common stock would be worth anything, Icahn would’ve stuck around. He didn’t,” Cramer said. Cramer also said if he were running the bankruptcy court, he would prevent shares of Hertz from being traded, helping “keep inexperienced investors from losing money on it.””Instead this darn thing traded 530 million shares yesterday and 295 million today,” Cramer said. “The whole float is only 140 million. That’s insane.” Cramer, a former hedge fund manager, said he has personal experience about buying stocks that have a risk of being wiped out. He recalled years ago buying stock in a reorganized company, Memorex-Telex, in hopes it had emerged from bankruptcy proceedings stronger than before. “But it didn’t. It filed for bankruptcy again. We lost the whole investment,” Cramer said. “Taught me a valuable lesson: it doesn’t matter how little you pay for a stock, when it goes to zero, you lose everything. At least it stopped at zero.”

Mexican tariffs would be bad news for denim retailers