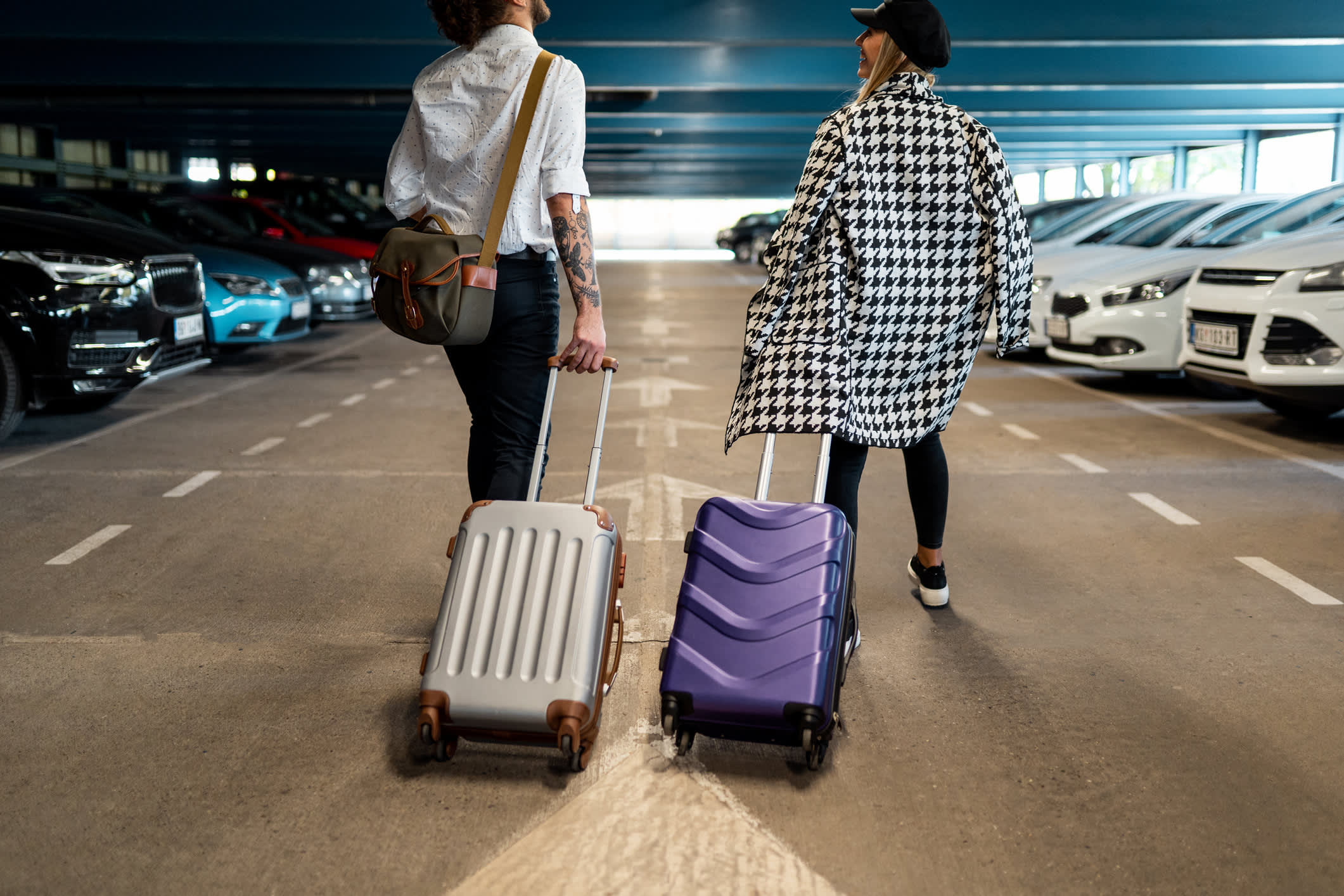 There are fun expenses that come with any vacation you’re flying off to — that souvenir t-shirt, a fancy dinner or even a poolside cabana rental — but forking over a fortune to park your car at your home airport while you’re away isn’t one of them.Travelers departing major U.S. airports can often expect to pay hefty hourly and daily rates at on-site airport lots and even nearby private ones, according to Alex Miller, founder and CEO of travel website Upgraded Points.”Airport parking prices, lately, have been quite crazy,” Miller said. Upgraded Points has found, for example, that the average daily rate at Boston’s Logan International Airport is a whopping $21.76 — the highest in the country. “Airport parking can sometimes be very, very expensive, and the charges add up quickly.”More from Personal Finance:Here’s why you probably need to insure your next vacationNew apps match travelers with trips that fit budget, points balancesVaccine passports gain traction among travelers as delta variant surgesThere are, however, some places where the tab isn’t all that bad. Upgraded Points looked at average rates and customer ratings for airfields across the country and came up with a list of the 10 offering the cheapest parking.The least expensive is Denver International Airport, where the average daily price to park is just $2.50 even though it was the country’s third-busiest airport in 2020, according to the site. Upgraded Points officials said they suspect airport officials in Denver are keeping parking prices low to attract more travelers.The next-cheapest airport for parking is Eppley Airfield in Omaha, Nebraska, where the average daily rate is $3 more at $5.50, followed by international airports in Jacksonville, Florida; Raleigh-Durham, North Carolina; Tampa, Florida; San Antonio; Memphis, Tennessee; Milwaukee; and Miami; as well as Dallas Love Field.(Upgraded Points also analyzed online airport parking ratings by lot customers on a scale of 1 to 5. All facilities in the top 10 list scored above a 4 — apart from Milwaukee, at 3.7 out of 5.)Overall, airport parking rates are on the rise across the country, said Miller, as pandemic-era price and parking space cuts are now resulting in higher demand and cost as air travel recovers. “Airports offered reduced rates to park at more premium lots or offered coupons for parking on-site,” he said, after they closed many long-term lots due to reduced passenger numbers.Now, rates are rising but spaces aren’t necessarily keeping pace. “Most parking lots structure their rates based upon the hours or days you park, not necessarily on a day-to-day fluctuation of demand,” said Miller.Train to the planefreemixer | E+ | Getty ImagesIf you happen to be flying out of Logan or another major airport with sky-high parking rates, taxi/rideshare services or public transit can be a better option. Indeed, flight delays and cancellations can compound already pricey airport parking bills.”Taking public transit is by far my favorite way of getting to the airport,” said Miller. “If you can take a train or rail to the airport, this is generally the most reliable though buses and rideshare work perfectly fine as well and are one-time costs vs. costs that add up over time, which is the case with airport parking that charges by time.”In Boston, for example, Massachusetts Bay Transportation Authority offers free Silver Line S1 bus service between the city’s South Station transit terminal and Logan International from 5:30 a.m. to 12:30 a.m. seven days a week. In addition, the MBTA offers free shuttles to Logan from ferries (fares $3.70 to $9.75, one way) and the airport station on the Blue Line subway ($2.40 one-way fare) at similar hours.Don’t care for shuttles? Either way, you’re out of luck, said Miller. “Most airports require a shuttle or other transport to the parking lots on-site, making it more or less the same ‘inconvenience’ of taking public transit and the time to get to and from the airport.”Upgraded Points analyzed airport parking data from July 1 to July 7, 2021 at AirportParking.com, taking the average of the top five most popular parking spots, to calculate its rankings.