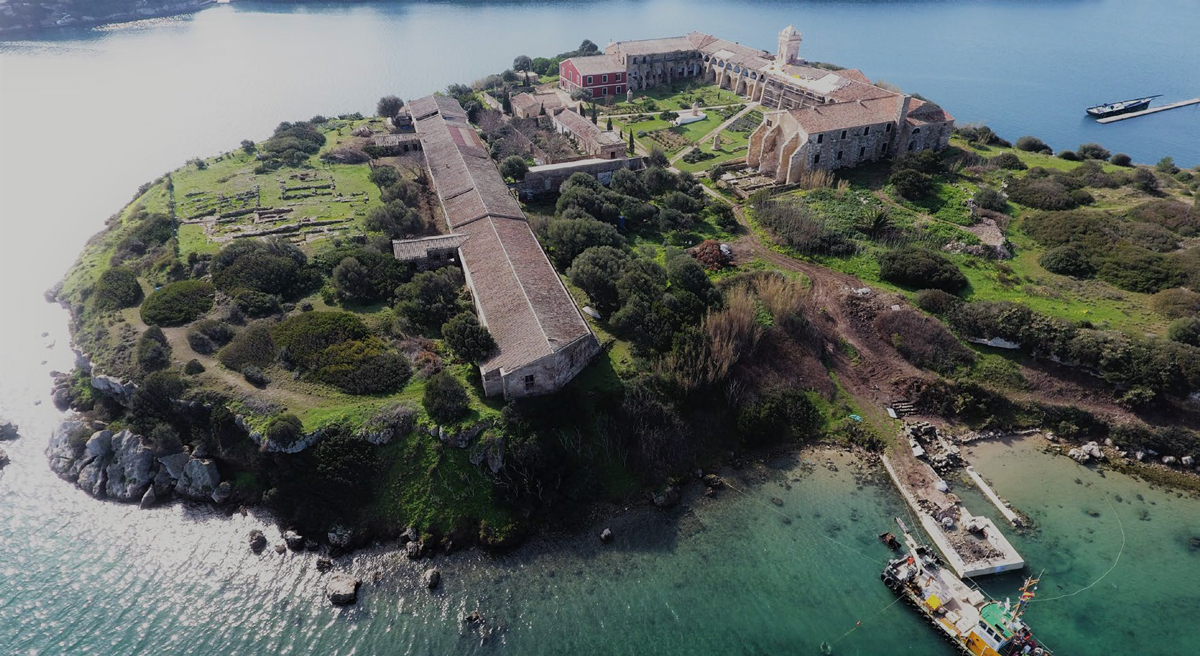 As Art Basel winds down, one of the world’s top galleries has revealed news of further expansion. Beginning next year, Hauser & Wirth, which has nine locations around the world, will open a new 16,145-square-foot space on Menorca’s Isla del Rey in the Balearic Islands, off the coast of Spain.

The new location, to be called Hauser & Wirth Menorca, will be open from April to October and take up residence in a former hospital that dates back to the 18th century, when the small island, which is in the harbor that leads to the town of Mahón, served as a quarantine station. Mar Rescalvo, who is from Menorca, will serve as the director of the space.

Through a partnership with the local government and the foundation that manages the disused hospital, Hauser & Wirth will transform the buildings to include an exhibition space, a residency program for its artists, gardens, a store, and a cantina-style restaurant, which will serve Menorca’s famous local gin. In addition to presenting new commissions by Hauser & Wirth–represented artists, the gallery will stage exhibitions of modern and contemporary art.

Additionally, the gallery will focus on partnering with local nonprofits and schools for a year-round education initiative that will focus on teaching locals about contemporary art.

“This is a very cultured island but there is no art education in the curriculum there,” Iwan Wirth, the president and cofounder of Hauser & Wirth, told ARTnews. “If we want to engage with our audience we’re not just going to drop shows there—we want to have a dialogue.”

Wirth and his family have traveled to Menorca for decades, and he recently purchased a house on the historic island, which holds UNESCO Biosphere Reserve status and is also the site of a prehistoric settlement. As a result, there are strict laws that protect buildings on the island, which is the second largest of the Balearics.

Wirth had begun working with the Paris-based Argentine architect Luis Laplace on his Menorca home three years ago when Luis Alejandre, the president of the board of the Fundación Hospital de la Isla del Rey, approached Wirth about the possibility of bringing his gallery to the island.

“We didn’t necessarily need the space, but the project found us, and this was a hesitation that we couldn’t resist,” Wirth said. “It’s one of the most striking places that you will be able to experience contemporary art.”

To design the space, Laplace will work with landscape designer Piet Oudolf, both of whom worked on the design of the gallery’s Somerset location, in the British countryside, which was opened in 2014. The Menorca gallery is being designed with locals from the region as well: architects Miquel Sintes, Minerva Sánchez, and Bià Garriga, and landscape architect Álvaro de la Rosa.

For the new space, Wirth said that the gallery drew on the guiding principles of the exhibition, education, and residency programs at its location in Somerset.

“We’re encouraged by Somerset because it’s rewarding to see how you can have a sustainable model in smaller communities,” Wirth said. “It really is an answer to so many issues, like accessibility to culture, diversity, community.”

Rescalvo, the director of the new space, most recently worked as the manager the Orquestra Simfònica de Balears (Balearic Symphony Orchestra). Wirth said that while contemporary art is relatively new to Rescalvo, “local knowledge is more important to us and in the past year and a half she has learned everything in no time. To have someone who is culturally educated, able to manage complex projects, and from the island—an almost impossible task but we got lucky.”

Looking to the future of the gallery, Wirth said that his goal for the gallery is to continue to have high-quality exhibition programming at a time when the gallery model is beginning to change.

“We have the ambition to be among the very best,” Wirth said. “We love to push the boundaries of what people think galleries can do and what they cannot do. We feel that the social responsibility by increasing diversity and accessibility to leave the white cube has been one of our missions from day one.”

Alexander Payne, Phillips Worldwide Head of Design and Deputy Chairman in Europe, Has Stepped Down -ARTnews