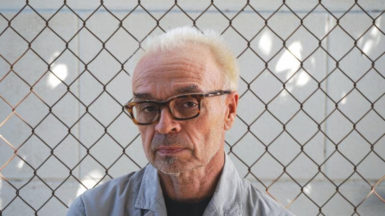 Daniel Joseph Martinez, who became a fellow this year.

Guggenheim Fellowships have been awarded to 168 scholars, artists, and writers, with 25 winners in the category of Fine Arts plus others in Choreography, Drama & Performance Art, Film-Video, Photography, Poetry, and Music Composition as well as still more in Natural Sciences, Social Sciences, and Humanities.

Since its founding nearly a century ago, the John Simon Guggenheim Memorial Foundation has granted more than $360 million to some 18,000 Fellowship winners. Edward Hirsch, the foundation’s president, said in a release, “Each year since 1925, the Guggenheim Foundation has bet everything on the individual, and we’re thrilled to continue to do so with this wonderfully talented and diverse group. It’s an honor to be able to support these individuals to do the work they were meant to do.”

The full list of winners can be accessed here.