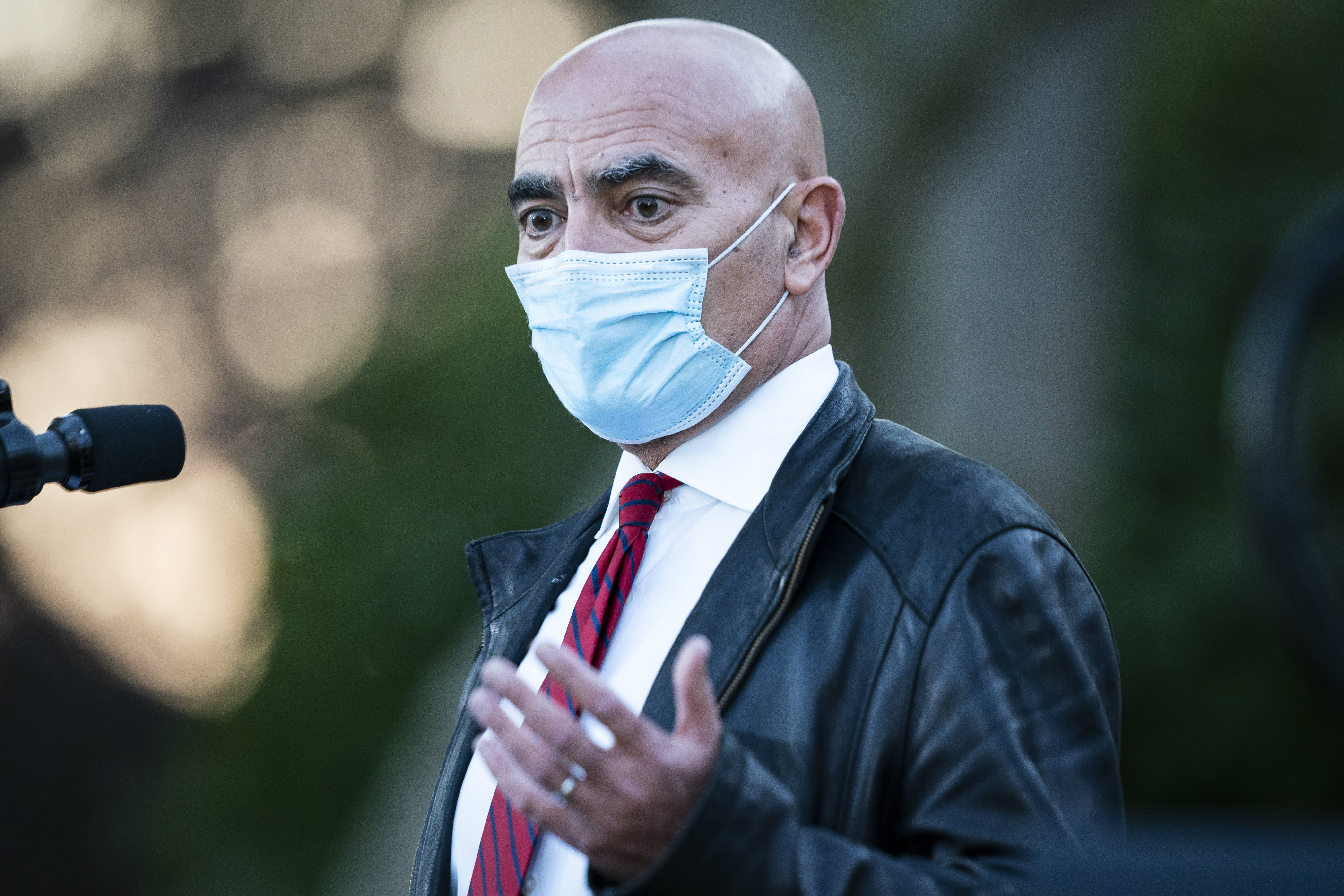 Moncef Slaoui speaks with President Donald Trump about “Operation Warp Speed” in the Rose Garden at the White House on Friday, Nov 13, 2020 in Washington, DC.Jabin Botsford | The Washington Post | Getty ImagesMoncef Slaoui, who was chief scientist for the U.S government’s Covid vaccine development effort Operation Warp Speed during the Trump administration, was fired as Galvani Bioelectronics chairman over “substantiated” sexual harassment allegations by a woman, it was announced Wednesday.Slaoui’s dismissal by the board of Galvani majority shareholder GlaxoSmithKline came after GSK in February was sent a letter “containing allegations of sexual harassment and inappropriate conduct towards an employee of GSK by Dr. Slaoui,” GSK said in a statement.That conduct “occurred several years ago when he was an employee of GSK,” the statement said.Slaoui, 61, had spent 30 years at GSK, overseeing vaccine development at that pharmaceutical giant.”Upon receipt of the letter, the GSK Board immediately initiated an investigation with an experienced law firm to investigate the allegations,” GSK said.”The investigation of Dr. Slaoui’s conduct substantiated the allegations and is ongoing.””Dr. Slaoui’s behaviours are wholly unacceptable,” GSK said.Slaoui did not immediately respond to a request for comment.Galvani Bioelectronics is a medical research company focused on developing bioelectronic medicines for the treatment of chronic diseases. It was formed through a partnership by GSK and Verily Life Sciences previously known as Google Life Sciences. Verily is a subsidiary of Google parent Alphabet.Slaoui’s firing came 10 months after then-President Donald Trump tapped him to oversee the U.S. effort to development vaccines to fight the coronavirus pandemic.Moncef Slaoui, a former GlaxoSmithKline executive, speaks with President Donald J. Trump during a vaccine development event in the Rose Garden at the White House on Friday, May 15, 2020 in Washington, DC.Jabin Botsford | The Washington Post | Getty ImagesHe is married to Kristen Slaoui, who previously served as vice president and head of business development at GSK.GSK CEO Emma Walmsley revealed Slaoui’s firing in a letter to employees. “On a personal level, I am shocked and angry about all of this, but I’m resolute,” she said.”I want to be clear that sexual harassment is strictly prohibited and will not be tolerated.”She also wrote that GSK will remove Slaoui’s name from its research and development center in Rockville, Maryland. It had been called The Slaoui Center for Vaccines Research.Walmsley also said she chose to “write openly to everyone because these issues are profoundly important to me.””Since February, the highest levels of our company have been working to understand and address what happened,” the CEO wrote.”Protecting the woman who came forward and her privacy has been a critical priority throughout this time. This will continue,” Walmsley said. “I respect and admire her courage and strength. I’ve spent many nights lately putting myself in her shoes. More than anything, this simply should not have happened.”Walmsley asked GSK workers to notify the company “if you have anything you want to share regarding this situation, a situation you’ve been in personally, or one you’ve been aware of.”In its statement, GSK said Slaoui’s actions “represent an abuse of his leadership position, violate company policies, and are contrary to the strong values that define GSK’s culture.””The company expects everyone at GSK to behave in accordance with its values, especially its leaders where its standards are the highest. Sexual harassment and any abuse of leadership position are strictly prohibited and will not be tolerated.”Slaoui has been advising the European Union on its coronavirus vaccine rollout. CNBC had reached out to the EU to request comment.Slaoui in January submitted his resignation as Operation Warp Speed chief advisor to the then-incoming administration of President Joe Biden.He was criticized when he became the operation’s chief role because of his ties to the pharmaceuticals industry.At the time he was appointed, he was on the board of Moderna. Slaoui resigned from Moderna and sold his shares in the company, whose Covid vaccine was the second to receive emergency use authorization in the United States. He said he donated their increase in value during the several days he had held the stock while at Operation Warp Speed.But he had refused to sell his GSK shares, calling them his retirement plan.GSK said Wednesday that Christopher Corsico, senior vice president of development and a member of Galvani’s board, was appointed as the new chairman of Galvani.GSK also said that Amy Altshul, its senior vice president of legal, R&D and global commercial franchises, was appointed to the Galvani board.