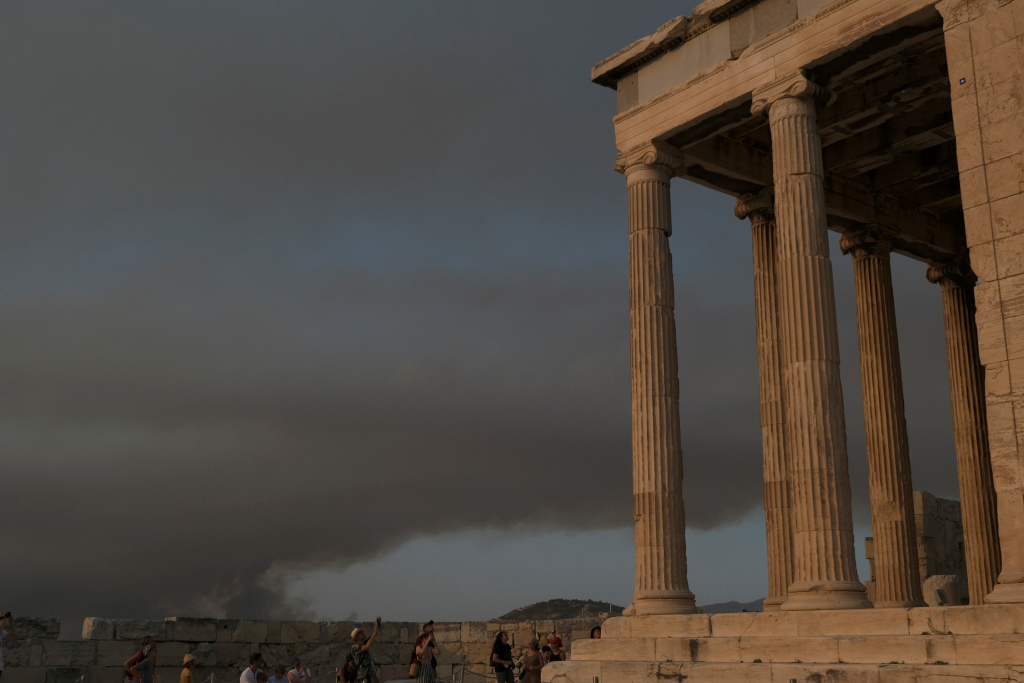 Greece has closed many of its most important heritage sites as the nation grapples with a record-setting heat wave and a spate of wildfires. The Acropolis in Athens, a complex built some 3,000 years ago, was been shut down to protect workers and tourists, while emergency services managed to save the ancient site of Olympia from the blaze.

The culture ministry has stated that all archaeological sites would remain closed from noon to 5 p.m. through Friday, though museums remain open. On Tuesday, temperatures soared to 113 degrees Fahrenheit in Athens on Tuesday and 115 degrees in some parts of central Greece, according to reports from local outlets. Residents have been instructed to limit electricity use, while others have been forced to flee their homes. It is the worst heat wave to strike Greece in 40 years.

Earlier this week, historic sites on the island of Evia were threatened by forest fires exacerbated by strong winds and dry air as Olympia, a landmark in Greece’s Peloponnese peninsula that hosted the original Olympic Games, faced similar natural threats. According to the New York Times, villages on the peninsula were evacuated while firefighters fought to preserve the archaeological treasures and towns.

Eleni Myrivili, the former deputy mayor of Athens, told the BBC Radio 4 Today that it was an “apocalyptic” sight as ash rained from a gray sky. She said that the Acropolis will remain closed. “This is an issue of health,” she said. “We don’t want people exposed to the sun and heat for long periods of time.”
Fires are raging across southern Europe and parts of Turkey, where thousands have been forced to leave because of the disaster.
“We are no longer talking about climate change, but a climate threat,” Nikos Hardalias, the Greek deputy civil protection minister, told local reporters on Sunday.