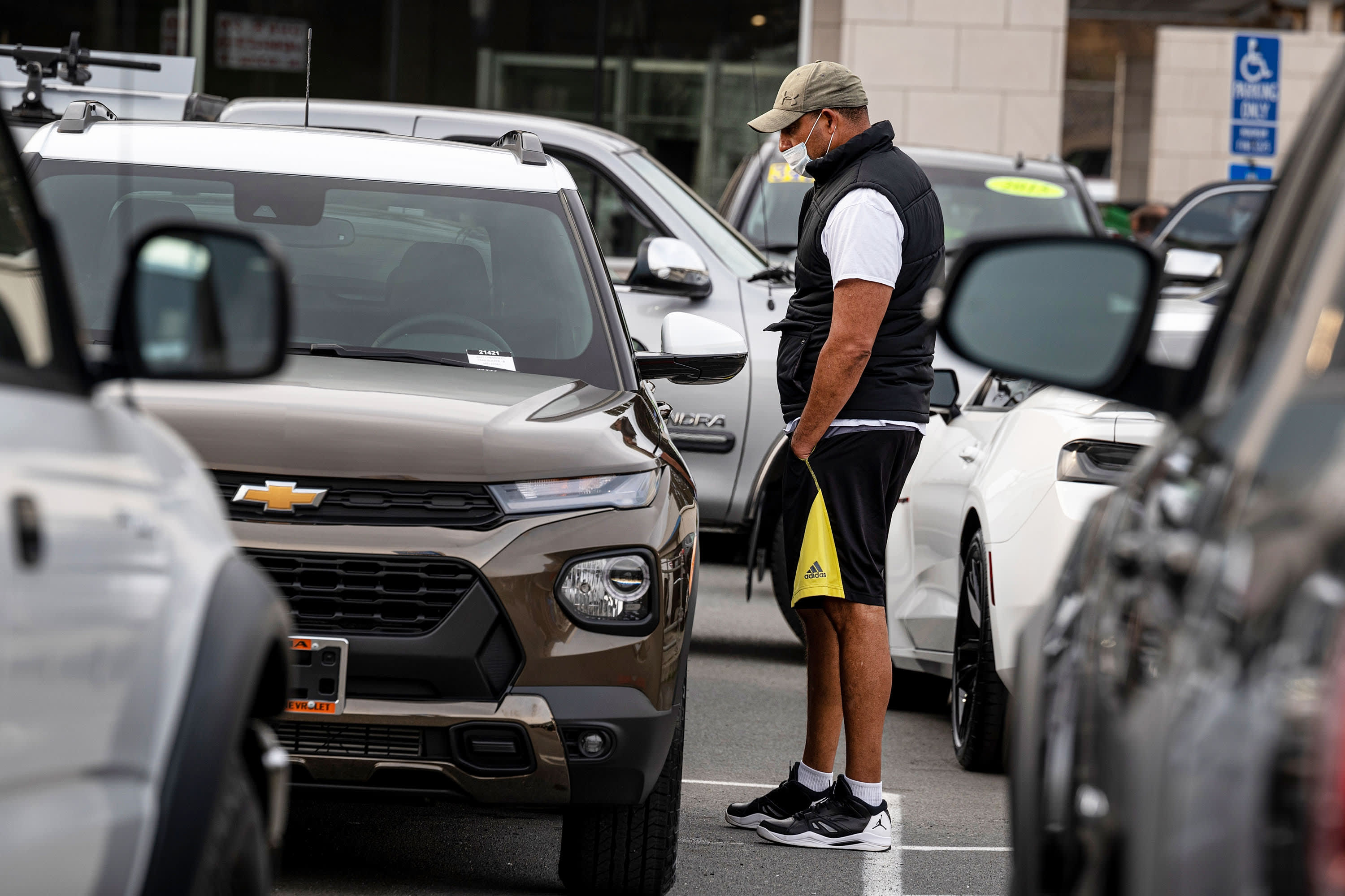 A customer looks at a General Motors Co. Chevrolet vehicle for sale at a car dealership in Colma, California, on Monday, Feb. 8, 2021.David Paul Morris | Bloomberg | Getty ImagesDETROIT – General Motors’ vehicle sales were buoyed by strong consumer demand in the first quarter as fleet sales cratered and an ongoing semiconductor chip shortage shuttered some assembly plants.The Detroit automaker said Thursday it sold 642,250 vehicles during the first three months of the year, up 3.9% compared with a year earlier, when Covid-19 started forcing dealerships and auto plants to shutter in March.GM and the majority of other major automakers in the U.S. are scheduled to report first-quarter sales on Thursday. Analysts expect sales across the industry to be up about 8% or 9% compared with the first quarter of 2020 despite automakers reeling from a shortage of semiconductor chips.GM said retail sales to individual consumers increased 19% in the first quarter, while fleet sales to corporate and government clients declined 35% from a year earlier. The automaker expects consumer demand to remain resilient throughout this year.”Consumer confidence and spending will continue to increase due to stimulus, rising vaccination rates and the progressive reopening of the economy,” GM’s chief economist, Elaine Buckberg, said in a release. “Auto demand should remain strong throughout the year.”GM’s Buick, Cadillac and GMC brands experienced double-digit sales increases during the first quarter, while Chevrolet – its largest brand – declined 1.7%. Chevrolet’s drop was due to a 12.5% decrease in sales of its Silverado full-size pickup trucks.Hyundai’s record monthAutomakers that are traditionally less reliant on fleet sales in the U.S. experienced larger increases than GM in the first quarter. They include: Volkswagen, up 21%; Toyota Motor, up 21.6%; Hyundai Motor, up 28%; and Kia Motors, up 22.8%.Hyundai’s sales were particularly impressive. For the quarter, the South Korean automaker’s results were led by a 38% increase in retail sales, including its best monthly retail and total sales ever in March.”We had a terrific month. All-time records, I mean almost unexpectedly,” Jose Munoz, CEO of Hyundai North America, said Thursday on CNBC’s “Squawk on the Street.” “I have to be optimistic, however there are a lot of challenges these days in the automotive industry.”Ford, America’s second-largest automaker behind GM in the U.S., isn’t scheduled to report its domestic first-quarter sales until Monday.

Covid widened the gender gap — it will now take 135 years to close that divide, WEF says
India’s Covid-19 cases are rising again. One state is getting hit especially hard
To Top
error: Content is protected !!