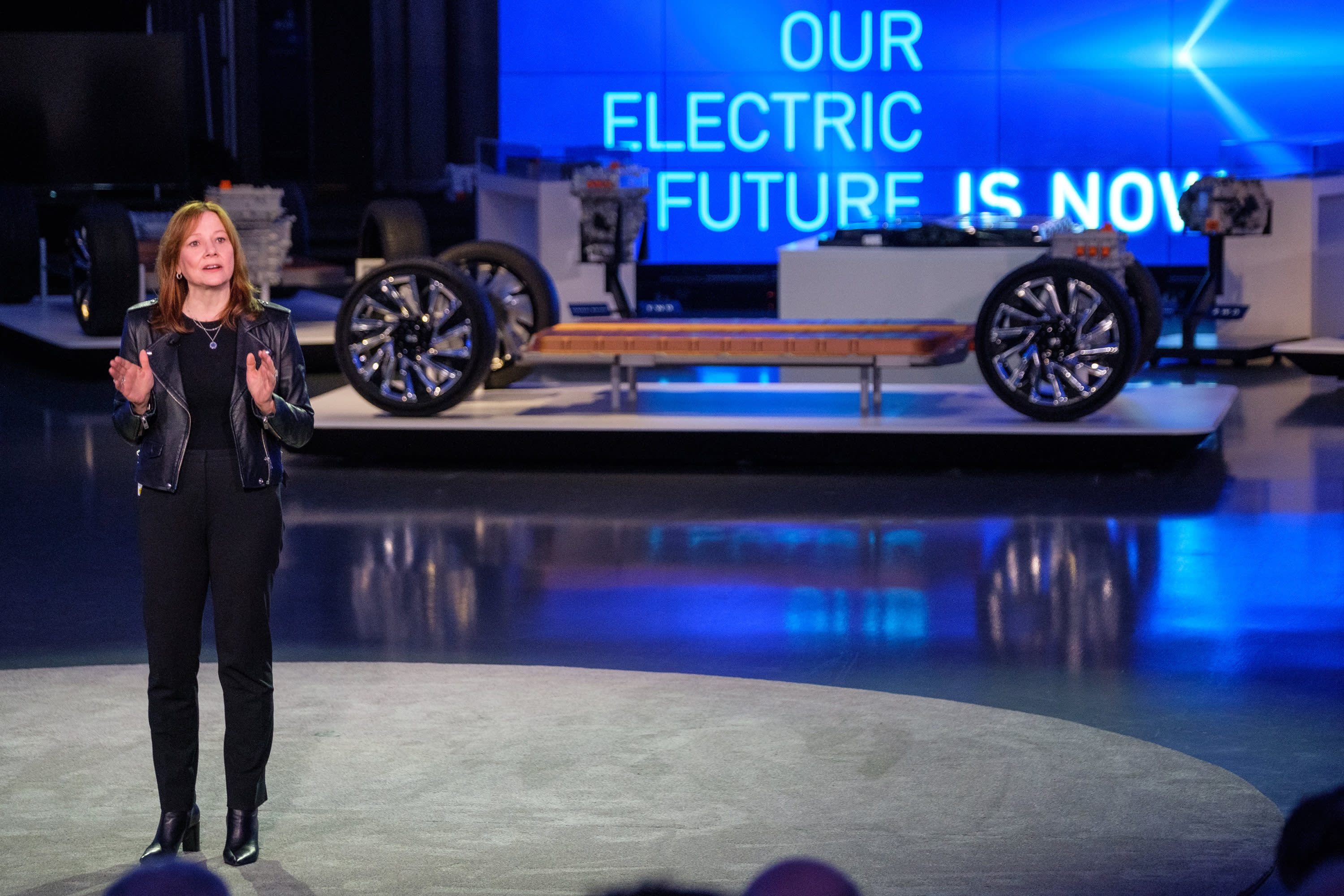 GM CEO and chairman Mary Barra speaks during an “EV Day” on March 4, 2020 at the company’s tech and design campus in Warren, Mich., a suburb of DetroitGMDETROIT – General Motors said on Wednesday it will increase spending on electric and autonomous vehicles to $35 billion through 2025, a 30% increase from plans announced late last year. It also said it is raising its earnings guidance for the first half of the year.The additional money will be used to expand its rollout of EVs and accelerate production of its battery and fuel cell technologies, including two new U.S. battery plants in addition to two that are currently under construction.America’s largest automaker is racing to catch up to EV leader Tesla and compete for a leadership position against other well-established automakers such as Volkswagen. GM plans to sell more than 1 million EVs annually by 2025.”We are investing aggressively in a comprehensive and highly-integrated plan to make sure that GM leads in all aspects of the transformation to a more sustainable future,” GM CEO Mary Barra said in a statement.GM’s plans to expand its electric and autonomous vehicle lineup and technology have been praised by Wall Street. Its stock has almost tripled since reaching a 12-month low of $23.33 last July. Shares were trading up slightly before the markets opened Wednesday at about $61 a share.GM said the new investments are enabled by its strong underlying business, including record pretax earnings over the last three quarters.CFO Paul Jacobson on Wednesday said GM expects to deliver better-than-expected results in the second quarter despite a global semiconductor chip shortage that’s impacting the industry. He said GM expects adjusted pretax earnings of between $8.5 billion and $9.5 billion during the first half of the year, up from an estimated $5.5 billion.For the year, GM previously said it expected pretax profits “at the higher end” of a $10 billion to $11 billion range. It didn’t provide an update on its full-year earnings. GM’s increased spending plans come less than a month after crosstown rival Ford Motor increased its EV spending to more than $30 billion by 2025. But Ford’s investments date back to 2016, while GM’s are form 2020 through 2025.Prior to the coronavirus pandemic shutting down auto factories in March, GM initially said it would invest $20 billion in autonomous and electric vehicles through 2025. It increased that spending to $27 billion in November as it pulled ahead vehicle programs and accelerated battery cell production.GM’s new investments were announced ahead of Barra’s meeting Wednesday with U.S. House Speaker Nancy Pelosi and other Democrats to discuss EVs and vehicle emissions, according to Reuters, which first reported on the automaker’s plans late Tuesday.