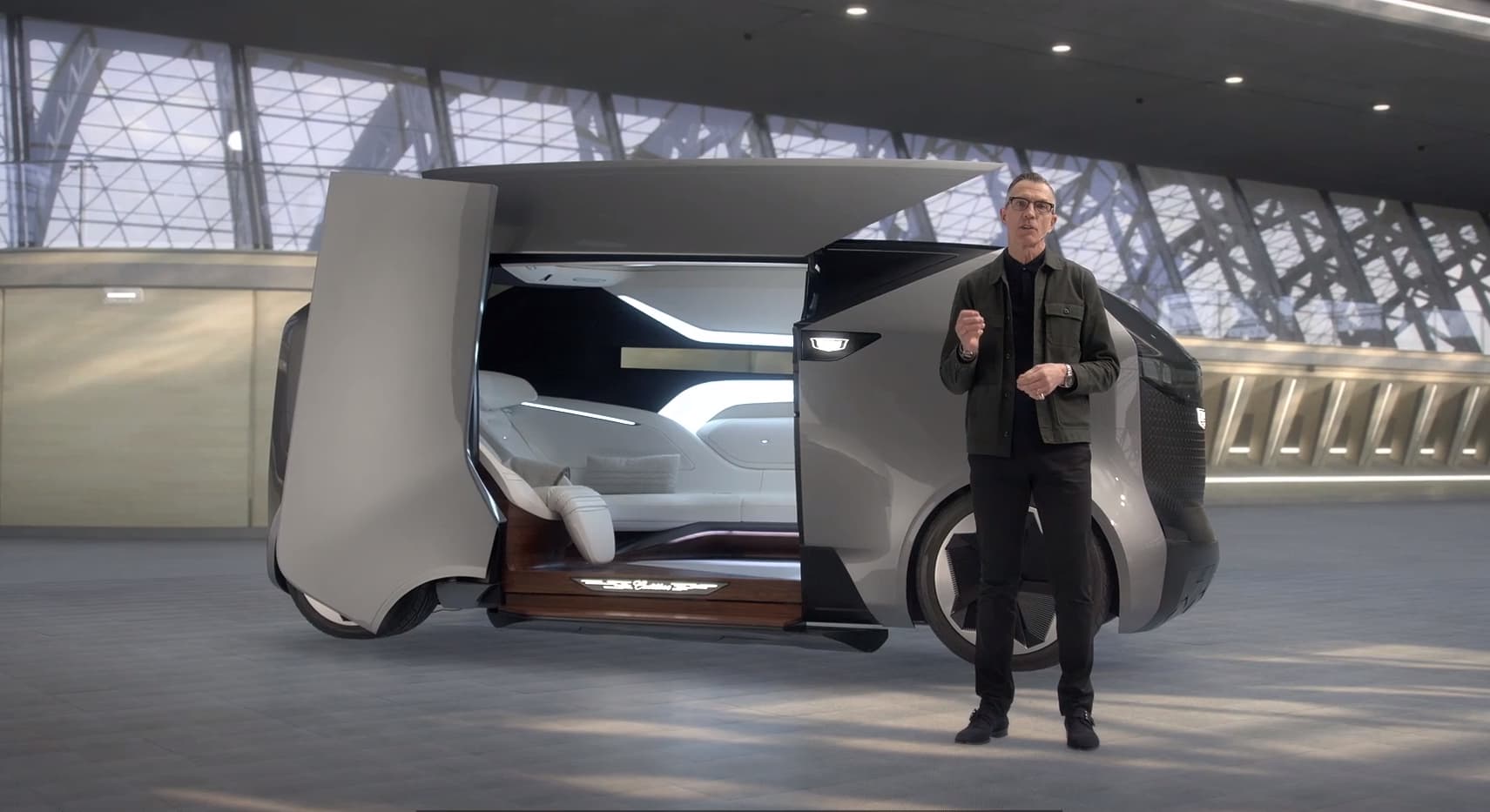 GM unveilied the Cadillac Personal Autonomous Vehicle concept during CES 2021 in January.ScreenshotDETROIT – General Motors CEO Mary Barra expects the automaker to offer self-driving vehicles to consumers later this decade.While autonomous vehicles for deliveries and ride-hailing services are currently undergoing rigorous testing, manufacturing them for retail customers hasn’t been a priority for automakers because the technology needed for the systems is prohibitively expensive.”Later in the decade, I believe, and there’s a lot to still unfold, but I believe we’ll have personal autonomous vehicles,” she told investors Wednesday during the company’s first-quarter earnings call.She did not specifically say GM would sell such vehicles directly to consumers. It could lease them or offer customers a subscription service like it did previously for Cadillac vehicles. A GM spokesman said the company has no further comment at this time.Barra’s comments come after GM showcased a personal autonomous vehicle concept car for its Cadillac brand in January. The vehicle was based on the Origin, an autonomous shuttle from its majority-owned subsidiary Cruise.GM has a two-pronged approach regarding such systems. Cruise is leading development of fully autonomous vehicles, while the automaker expands its advanced driver-assist Super Cruise system to 22 vehicles by 2023. Barra said the goal for Super Cruise is to eventually offer hands-free driving in 95% of driving conditions.”Both paths are very important because the technology we put on vehicles today, I think makes them safer and delights the customers, and is going to give us an opportunity for subscription revenue,” she said Wednesday. “And then the ultimate work that we’re doing at Cruise that is full autonomous really opens up more possibilities than I think we can online today.”Super Cruise currently allows hands-free driving on more than 200,000 miles of pre-mapped highways in the U.S. and Canada. Other systems, specifically Tesla’s Autopilot, offer greater capabilities but require drivers to “check-in” by touching the steering wheel.The main differences between Super Cruise and Autopilot is GM’s system include a driver-facing infrared camera to monitor attentiveness and the pre-mapped roads that work with onboard radar, sensors and cameras to drive the vehicle.Commercializing autonomous vehicles has been far more challenging than many predicted just a few years ago.In 2018, GM announced plans to launch ride-hailing services in 2019 with self-driving vehicles that don’t have manual controls such as steering wheels and pedals. It indefinitely delayed those plans to conduct further testing.In April 2019, Tesla CEO Elon Musk said that the automaker would deliver a car without a steering wheel within two years, however the company has not given an update on those plans. Tesla did not respond to an email seeking comment.Tesla is currently beta testing a next generation of its system marketed as a “full self-driving” premium option for $10,000. Only some owners get access to the beta version of the self-driving system. Despite the name, Tesla has told the California DMV that the system isn’t fully autonomous, according to correspondence between the company and the agency obtained by CNBC and other media outlets.Last year, GM confirmed plans for a system called “Ultra Cruise,” however it has not released details of the next-generation technology.– CNBC’s Lora Kolodny contributed to this report.

Canceling dinner reservations could now have ‘devastating’ effects for a restaurant
India’s worsening Covid crisis could spiral into a problem for the world
To Top
error: Content is protected !!